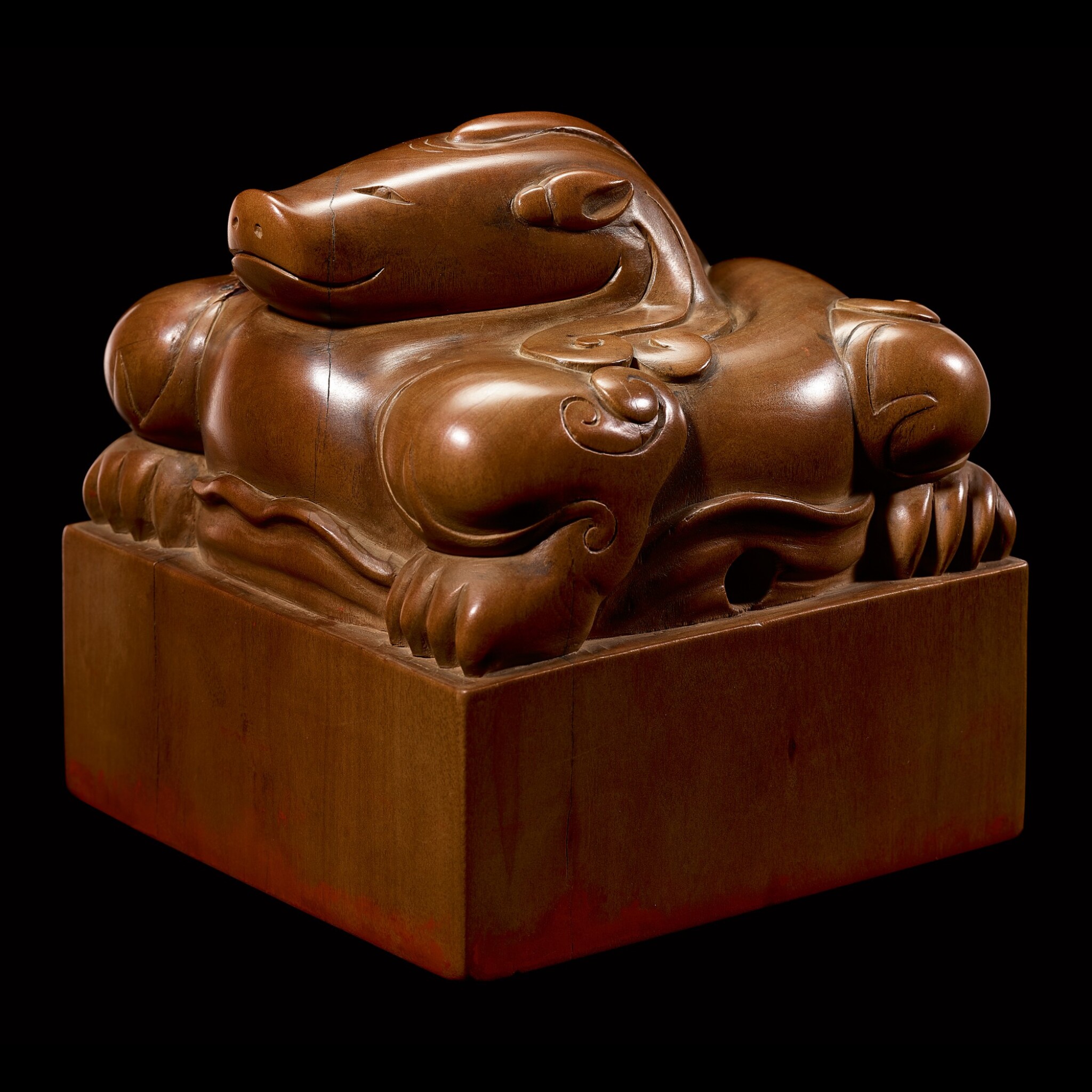 of square section with thick sides, surmounted by a recumbent mythical beast resting imposingly on the entirety of the seal top, its mighty body with rounded shoulders and haunches defined with stylised scrolls above its four-toed paw feet, the rear right one placed atop the right side, the body bordered with an undulating border dramatised with billowy ribs, the beast portrayed with an elongated equine head with a slightly upturned snout and eyes shaped like water chestnuts centred with small pupils, flanked by a pair of furled ears, the forehead accentuated with a subtly ridged long horn extending along the back of the head and terminating with a small curl to the right, furcated locks of mane depicted silhouetting the curled horn and falling neatly to the sides, the sides pierced through the centre with an aperture to thread a tassel, the seal face deeply carved with technical precision with the characters Jingtian qinmin (‘Revere Heaven and serve thy people'), the wood of an attractive rich caramel-brown colour

The seal is preserved in excellent condition with just faint typical age cracks and insignificant wear to the corners of the seal face, as would be expected. The inner pith of the tanxiang trunk was utilised to achieve the exceptional size, resulting in a naturally occurring approx. 3 by 1.5 cm cavity above the front right paw, visible in the catalogue photo.

Please note this lot is a Premium Lot. Should you wish to register telephone or absentee bids, or bid online on this lot, please contact the Bids Department. Please note online bidding is available for this premium lot for approved bidders.