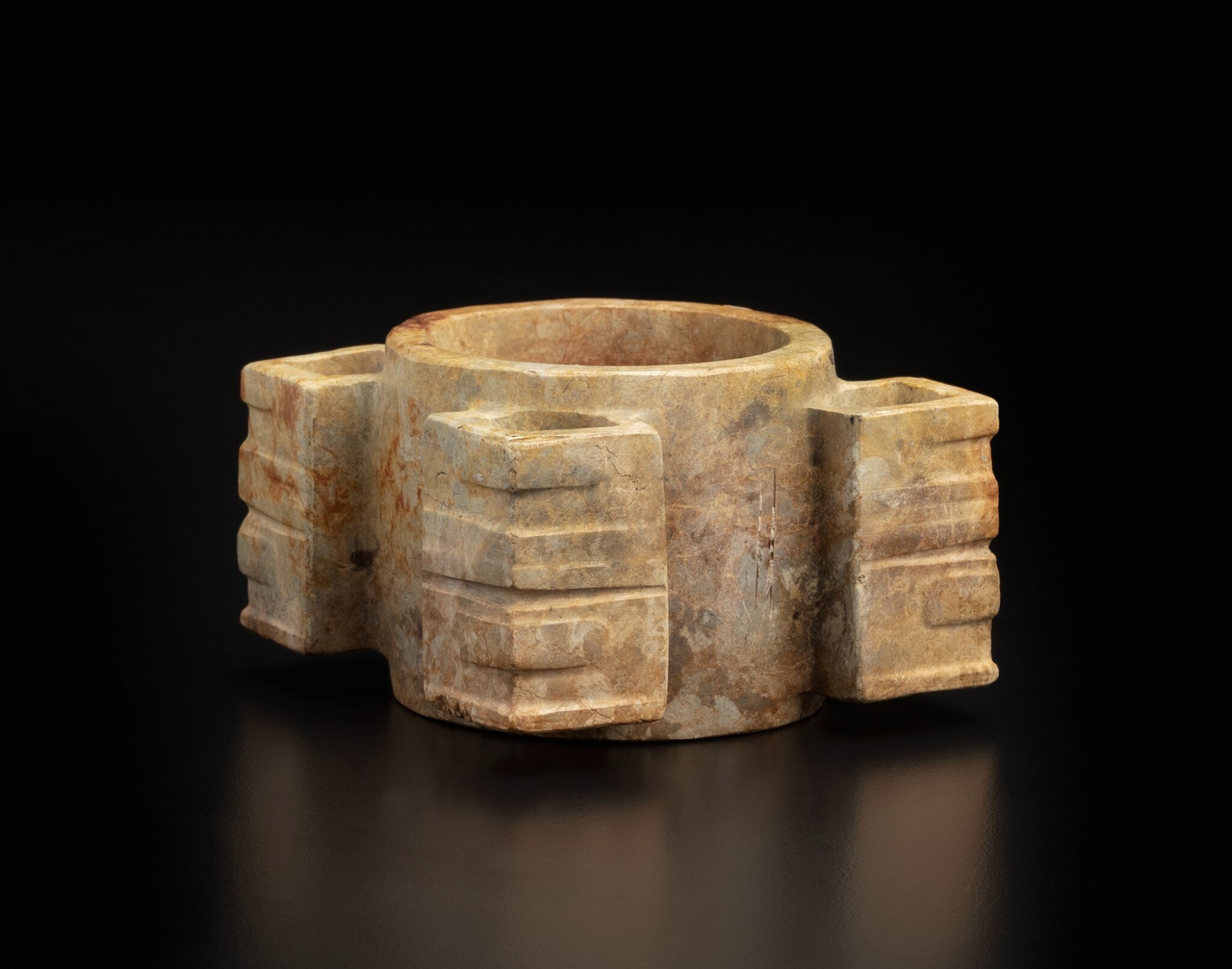 the cylindrical central shaft abutted by four hollow square shafts rising along its sides, each square shaft carved with concave and convex bands with faint traces of two registers of taotie masks with incised lines and eyes, the calcified stone with russet and white variegation

The rim has a section missing with associated cracks. A partial band of dark adhesive to the inside, with traces of similar material along the rim, possibly from previous mounting. Overall with expected surface wear and minor cracks.

This form of this cong appears as four distinct square sections abutting a cylinder. A cong of similar form but with solid and plain square shafts from Fu Hao's tomb was published in China’s Social Sciences and Archaeological Research Institute, ed., Yinxu Fuhao mu / Tomb of Lady Hao at Yinxu in Anyang, Beijing, 1980, pl. 82.4.1230. Compare two other related examples with solid and plain square shafts: one attributed to the Shang dynasty or later, is published in Jessica Rawson, Chinese Jade—From the Neolithic to the Qing, London, 1995, pl. 7:4; the other, attributed to the Shang dynasty, is in the collection of the Royal Ontario Museum, Toronto, and published in Chen Shen and Gu Fang, Ancient Chinese Jades from the Royal Ontario Museum, Beijing, 2016, pl. 042.