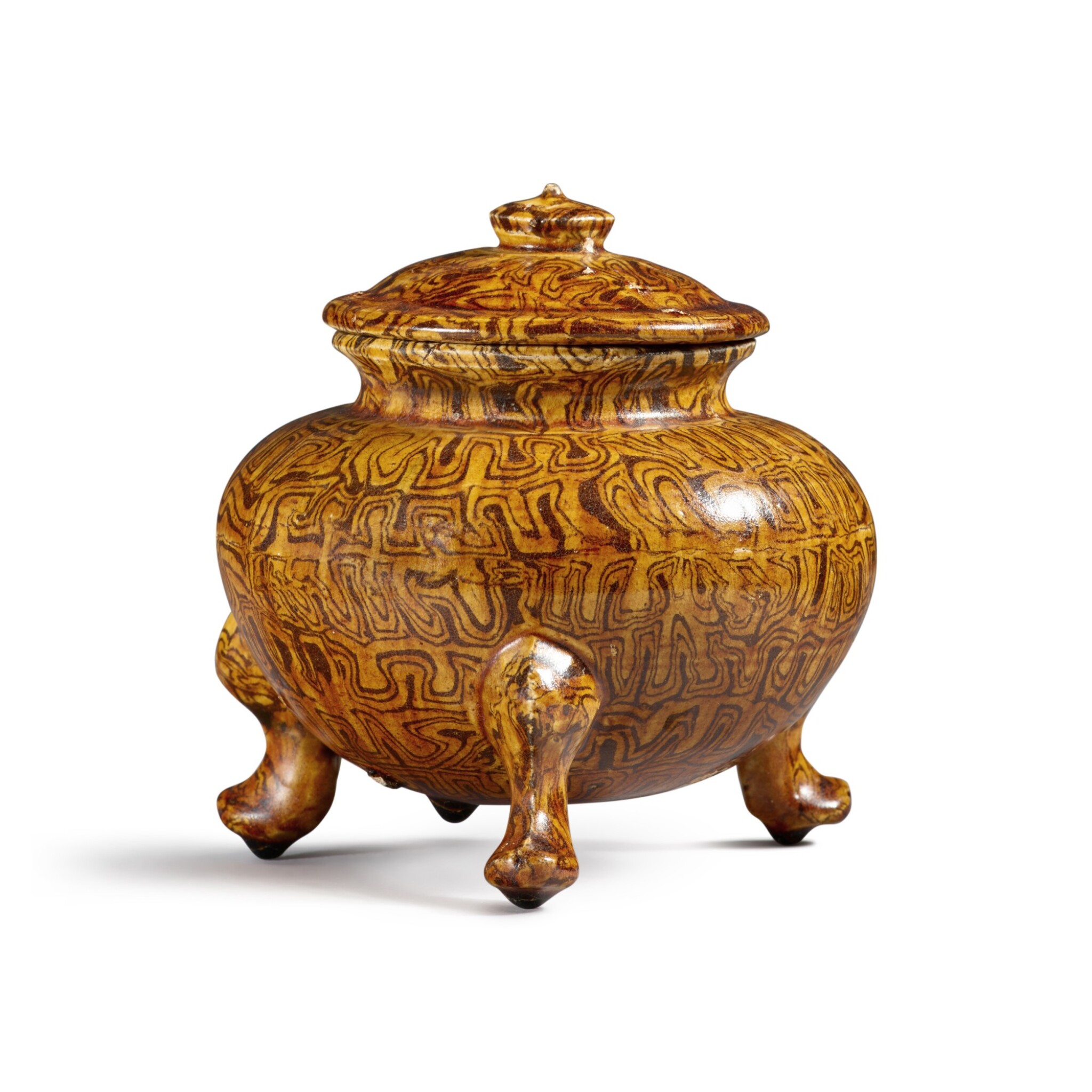 the globular vessel resting on three cabriole legs, rising to an everted mouth supporting a domed cover with a central knop, the clay marbled with twisting bands of irregular dark brown striations, all under a deep amber glaze save for the interior of the cover revealing the beige body (2)

Two legs with restored breaks and associated areas of overspray. Each of the two legs has a chip on the foot, the larger measuring approx. 1.3 cm. Minor wear, a few scattered minor glaze flakes and inherent kiln losses.

Known in Chinese as jiao tai, marbled wares were first created in the Tang dynasty by twisting and kneading together different colored clays. Fragments of marbled wares have been unearthed at the Gongxian kilns at Huangye in Gongyi, Henan province, as illustrated in Three-Colour Glazed Pottery Kilns of the Tang Dynasty at Huangye, Beijing, 2000, col. pl. 71, no. 9; as well as at the Liquanfang kilns in Xi’an, Shaanxi province, as published in The Kiln Site of Tricolor-Glazed Pottery at Liquanfang in Chang’an Capital City of Tang Dynasty, Beijing, 2008, pl. 39.

A similar tripod jar and cover is illustrated in Tseng Hsien-Ch’i and Robert Paul Dart, The Charles B. Hoyt Collection in the Museum of Fine Arts: Boston, vol. 1, New York, 1964, pl. 114. A straw-glazed example without its cover was sold in our Hong Kong rooms, 3rd May 1994, lot 1. Another, with additional green splashes, was sold at Christie's New York, 20th March 2001, lot 134.