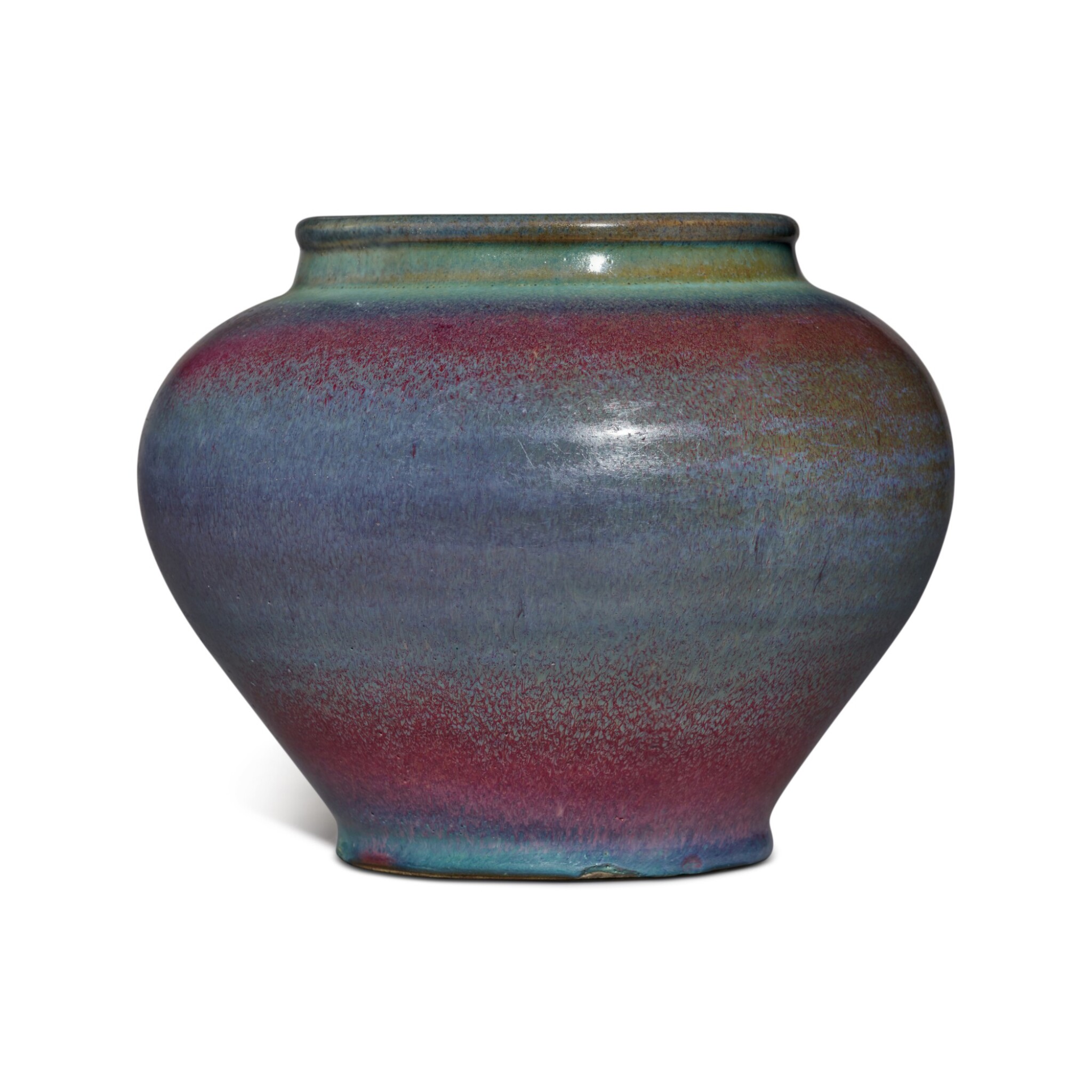 sturdily potted, the compressed baluster body rising from a narrow base to voluminous swelling shoulders, surmounted by a short tapering neck and rolled rim, covered with a lavender-purple glaze suffused with vivid streaks of crimson and purple-red, the rim and interior glazed a pale sky-blue thinning to beige at the edges, the recessed base unglazed, revealing the brown clay body

The rim with a section off and restuck (approx. 5.5 cm x 1.6 cm), with associated overpainting and overspray. One hairline crack to the rim, with associated minute glaze nick. Overall with scattered firing imperfections and expected surface wear, consistent with age and type.

Please refer to the online lot page for the updated condition report. 品相報告已更新，請參閱網絡圖錄。

Striking shades of copper-red, purple, and sky-blue coalesce beautifully on this jar, enveloping it in a brilliant haze of color. A comparable example, albeit less vibrantly glazed, is illustrated in Junyao Yaji: Gugong Bowuyuan Zhancang ji Chutu Junyao Ciqi Huicui / Selection of Jun Ware: The Palace Museum's Collection and Archaeological Excavation, Beijing, 2013, pl. 58. A similar jar attributed to the Yuan dynasty was sold thrice: first, in our London rooms, 27th November 1973, lot 164, the second time in our Hong Kong rooms from the collection of Dr. Ip Yee, 19th November 1984, lot 155, and again in the same rooms, from the collection of T.Y. Chao, 19th May 1987, lot 214. Another with a narrower straight mouth is in the collection of the Metropolitan Museum of Art, New York (acc. no. 26.292.42).