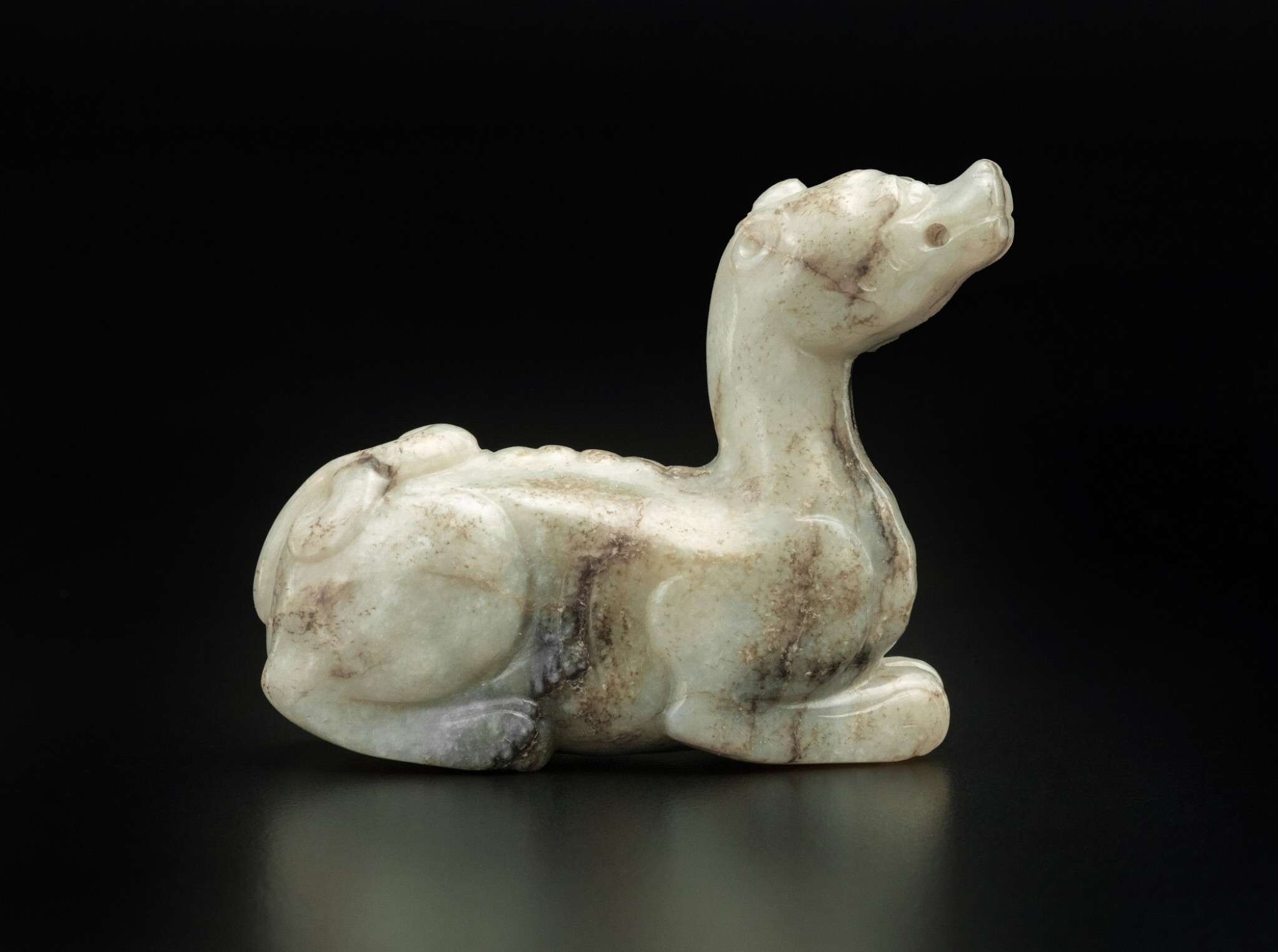 the recumbent beast with the head held high, finely carved with curled brows, round ears and a small horn, the knobby backbone and ribs well-defined, the legs tucked under with forepaws pressed together, the bifurcated tail curled onto its back, the grayish-white stone well polished with streaks of dark brown

In overall good condition. The stone with natural fissures.

Following earlier precedents in lapidary carving, the present figure combines the anatomy of real world animals with those of imaginary beasts, and would have been understood to embody the qualities of both. In a spiritual context, such mythical creatures could guide the suppliant in exploring and comprehending the unknown.

Compare a related jade mythical beast with shorter neck illustrated in Roger Keverne ed., Jade, London, 1995, fig. 29. A figure of a dog with a similarly modeled body, attributed to the Ming dynasty, is in the collection of the Palace Museum, Beijing, and illustrated in The Complete Collection of Treasures of the Palace Museum: Jadeware II, Hong Kong, 1995, pl. 209. Another related figure of a dog with its head turned to the right sold at Christie's Hong Kong, 20th March 1990, lot 883. See also a mythical beast with the head turned back sold at Christie's New York, 2nd June 1989, lot 282; and one from the Junkunc Collection that sold in these rooms, 22nd September 2020, lot 241.