Property from the Studio of Serendipitous Encounters 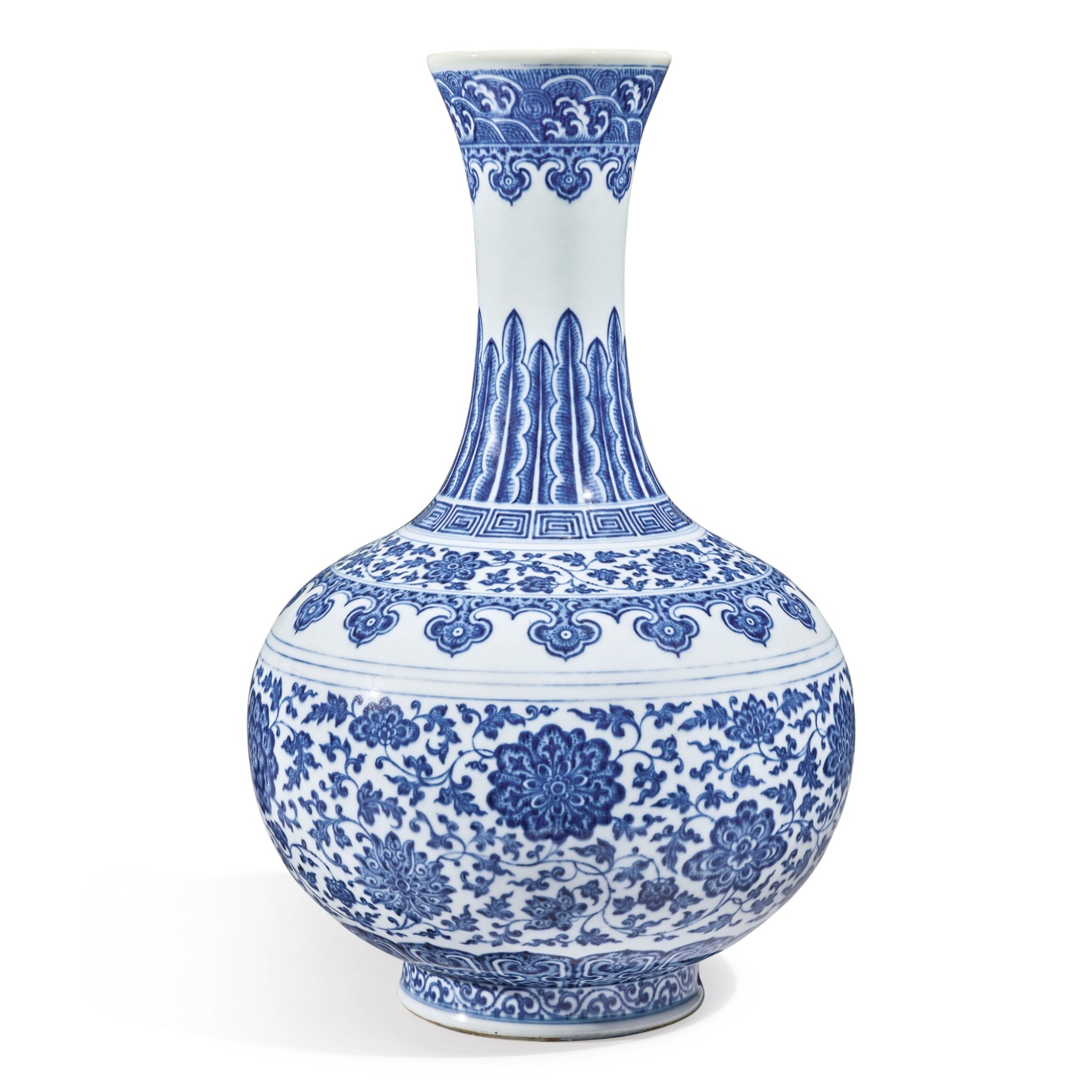 Property from the Studio of Serendipitous Encounters

the globular body rising from a short spreading foot to a tall elegant waisted neck, finely painted in rich 'heaped and piled' cobalt-blue tones with a composite flower scroll band, all between lotus lappet and 'classic' scroll bands at the base and a ruyi band at the shoulder, the neck with stiff leaf and keyfret bands below a wave band at the rim, the base with a six-character seal mark in underglaze blue

The base with a hairline crack across, measuring approx. 9.7cm. The foot slightly uneven. Light wear to the surface consistent with age.

Elegantly decorated with early Ming-inspired motifs, the craftsman of this vase has also imitated the mottled ‘heaping and piling’ effect of the celebrated 15th century blue and white wares through a deliberate application of darker and denser spots of cobalt on the design. A related example in the Nanjing Museum is illustrated in Treasures of the Royalty: The Official Kiln Porcelain of the Chinese Qing Dynasty, Shanghai, 2003, pl. 233; one in the Shanghai Museum is published in Zhongguo taoci quanji [Complete series on Chinese ceramics], vol. 15, Shanghai, 2000, pl. 2; and four such vases are illustrated in Regina Krahl, Chinese Ceramics in the Topkapi Saray Museum, vol. III, London, 1996, pl. 2564, one with an elaborate 19th century Ottoman gilt-metal cover.