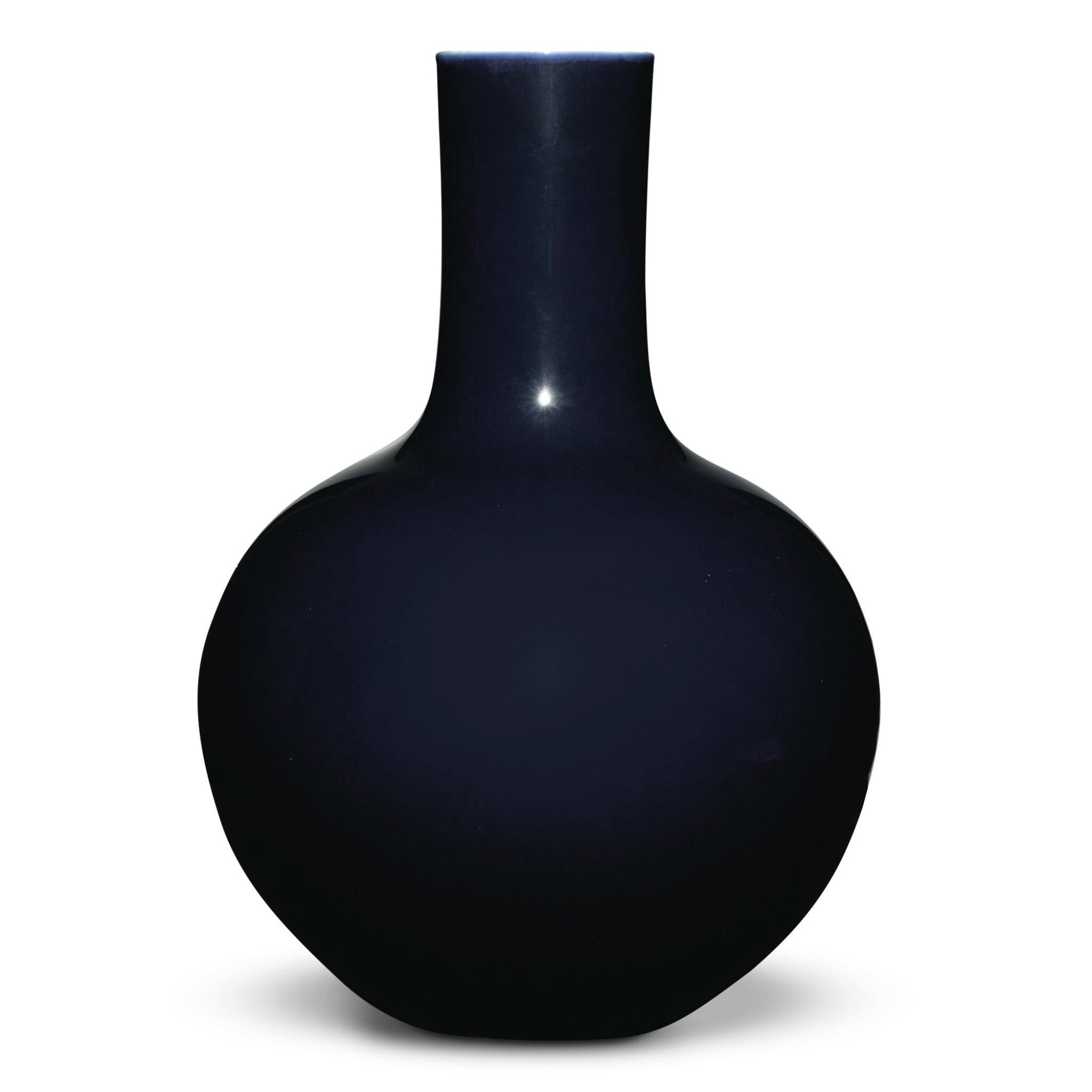 the robustly potted globular body rising to a tall broad cylindrical neck, covered overall with a dark-blue glaze thinning slightly at the rim and stopping neatly above the foot, the interior and base glazed white, the base with a six-character seal mark in underglaze blue

Some scratches to the glaze on the body.

The present vase is impressive for its magnificent size and eye-catching dark-blue glaze. The term tianqiuping, sometimes translated as 'celestial sphere vase', derives from the vase's form, which is characterized by a generously proportioned globular body surmounted by a tall cylindrical neck. Tianqiuping gained prominence during the Qianlong period (1735-1796) of the Qing dynasty (1644-1911). They were produced in different sizes, with heights ranging from approximately 50 cm to 60 cm. The taller versions often exhibit a slightly elongated neck and sloping shoulder, which lifts the focal point of the body and gives an impression of relative lightness. The present vase, by contrast, is a handsome example of the shorter, bolder body type, featuring a broad neck and lower center of gravity which enhance the vase's sense of volume and commanding presence.

In the Qianlong period, tianqiuping could be decorated in underglaze blue patterns with or without the addition of polychrome overglaze enamels, fully painted in the famille-rose palette, or monochrome-glazed with Guan-type, Ge-type, 'clair-de-lune', or cobalt-blue glaze. The present vase is evenly covered with thick dark cobalt-blue glaze. Compare a taller example in the collection of the Nanjing Museum, included in the exhibition Qing Imperial Porcelain of Kangxi Yongzheng and Qianlong Reigns, Nanjing Museum and Art Gallery of the Chinese University of Hong Kong, 1995, cat. no. 66. Another related example in the National Palace Museum, Taipei (accession no. 中-瓷-001180-N000000000), is published in their online collection database.