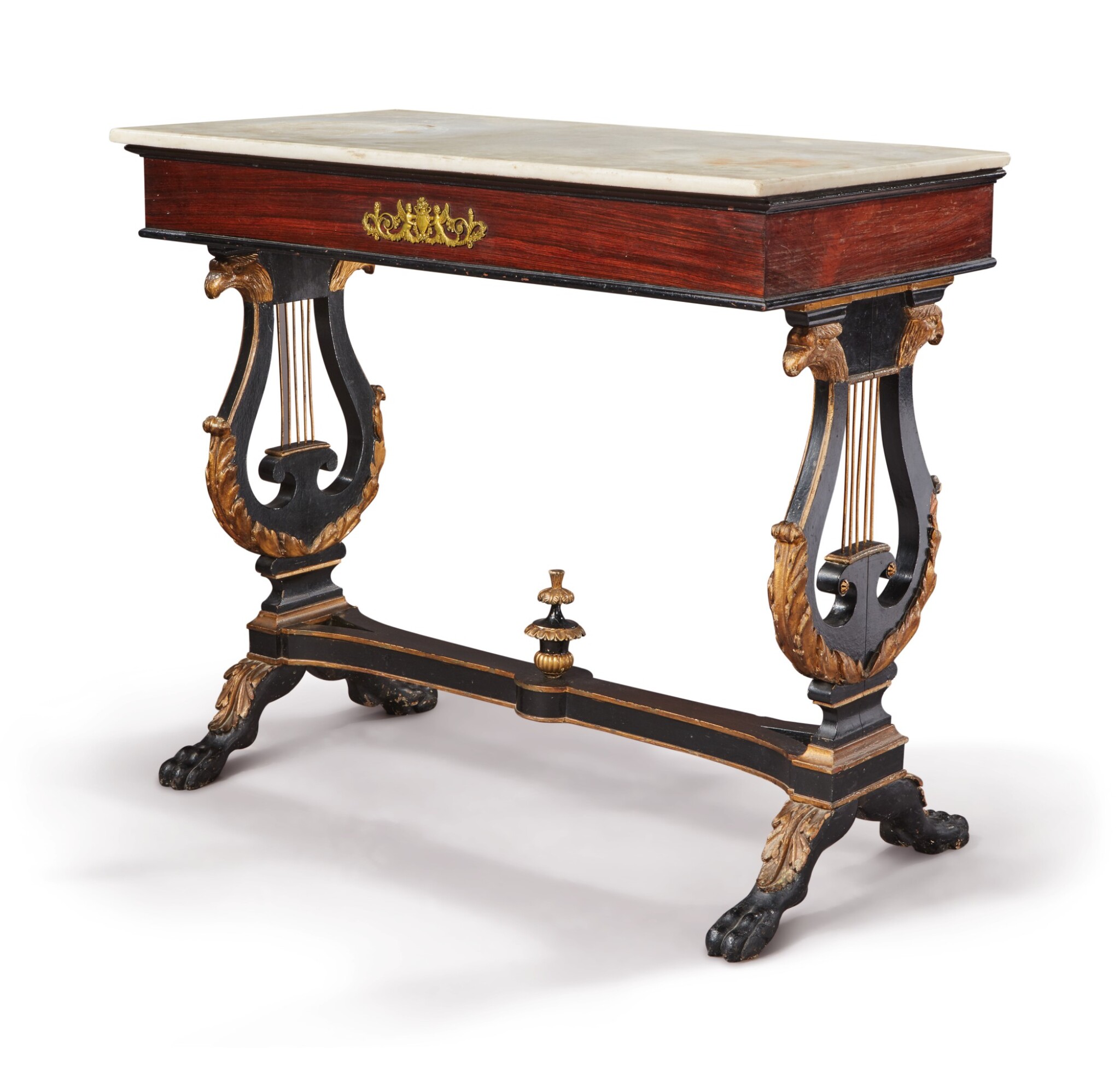 This remarkable pier table survives in estate condition. Seemingly no restoration has occurred to the table since the late 19th or early 20th century. Much of the Lacking brass mounts on outside corner of front frieze. Evidence of two applied gesso roundel bosses on the side of each base. Lacking applied gesso likely wreath between eagle terminals on lyre. The front face of the stretcher lacking applied gesso mounts. Beneath the finial was apparently one gesso mount likely identical to that use on the sides beneath the lyre. The area flanking the central finial apparently had a series of four composite gesso roundels which were conjoined with a gesso bar decoration. Examples of what these various roundels may have appear can be found on a pier table in the collection of the Metropolitan Museum of Art (Kenny, no. 100, pl. 24) or a card table in a private collection (Kenny, no. 66, pl. 74). Related to the conjoined roundels is the ornament applied to the plinth of a pier table and a pair of card tables that descended in the Van Rensselaer family in the collection of the Albany Institute of Art (Kenny, no. 70, 113, pls. 51 & 52). Applied brass roundels on side surface of lyre at “bridge” were also present on inside of the “bridge” area of both lyres.

Several sections of loses to the applied carving. An approximately 6 in section of applied giltwood carving on inside of proper left lyre. Two other areas of applied carving now lacking has been painted over with gilt paint. Appears to retain its original marble top. Late 19th century / early 20th century gilding. Very minor vertical shrinkage cracks on lyres. Chips and losses to the gilt and ebonized surfaces. Rubbing to the gilding on the stretcher. The lyres and likely stretcher frieze were painted vert antique as in evidence in areas that were not over painted in the later 19th century.

Numerous photographs are available from the department of various sections of the table showing the loses and sections of the original vert antique paint and gilt decoration.