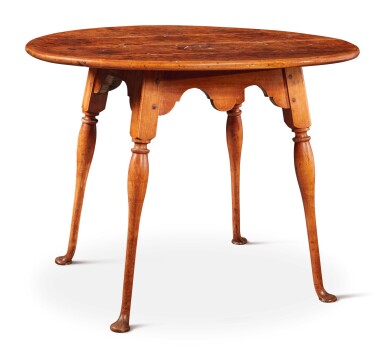 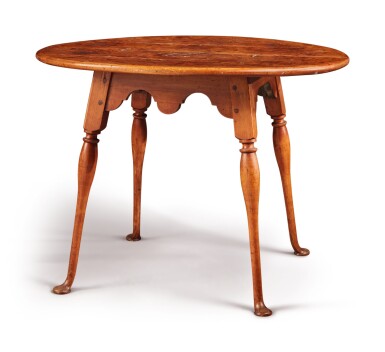 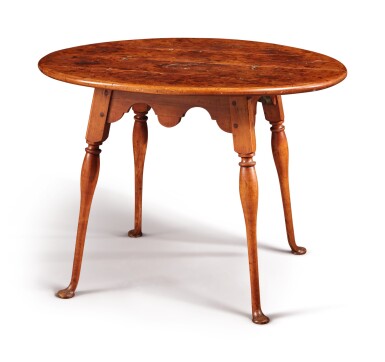 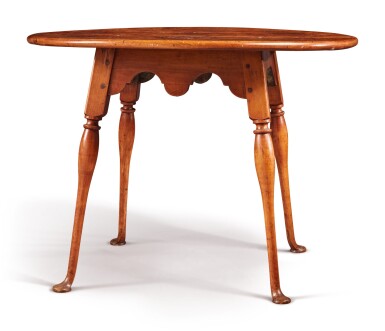 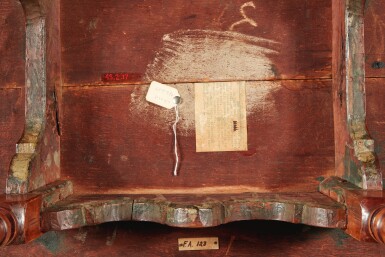 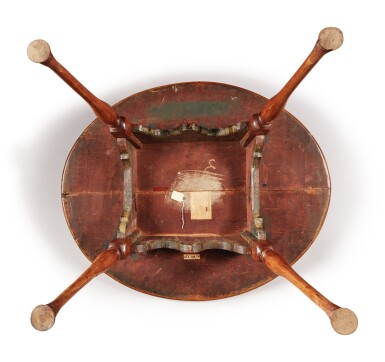 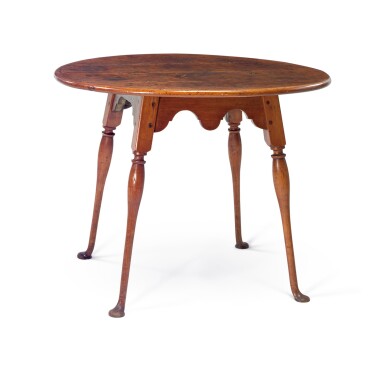 Overall fine condition. Refinished. With general overall marks, nicks, surface scratches, tiny losses and repairs consistent with age and use. Some separation to the joins, most notably to top. Bearing old paper label to underside of top. With old accession number 43.2.17. in red ink to underside.

This remarkable tea table’s closest cognates are with early Baroque tables made in or around Portsmouth, New Hampshire (see Francis Gruber Safford, American Furniture in the Metropolitan Museum of Art, Vol. I, Early Colonial Period: The Seventeenth Century and William and Mary Styles, (New York, Metropolitan Museum of Art, 2007), pp. 138-40, no. 55).  The splay of the legs and shaping of the rails relate directly to the tables.  A table that descended Davies family of Hampstead, New Hampshire was in the once in the Bertram and Nina Fletcher Little collection and now at Historic New England has nearly identical legs (acc. no. 1991.453) (see The Decorative Arts of New Hampshire: 1725-1825, (Manchester, NH: Currier Gallery of Art, 1964), p. 32, no. 30).  A table with identical legs and feet is in the collection of Winterthur Museum (acc. no. 66.780) (see Nancy E. Richards and Nancy Goyne Evans, New England Furniture at Winterthur: Queen Anne and Chippendale Periods, (Winterthur, DE: Winterthur Museum, 1997), p. 220, no. 109).  It was ascribed to coastal Connecticut or New York but may actually be a New Hampshire product.  Another very similar table was advertised by Nathan Liverant and Son Antiques was attributed to Connecticut (see Magazine Antiques, vol. 143, no. 1, (January 1993), p. 81).