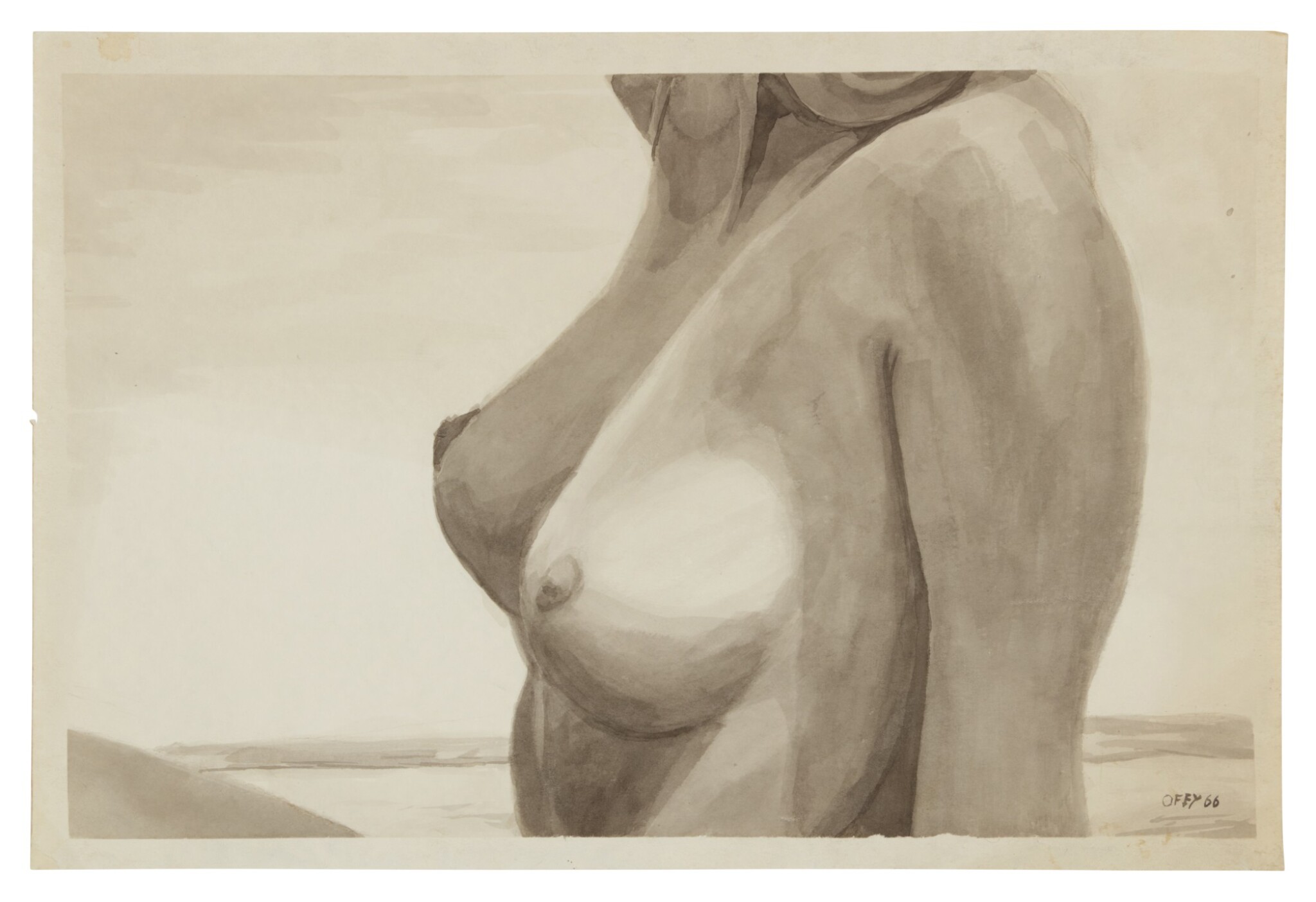 In 1962, at the age of 44, Feynman began learning to draw, and developed into a talented artist over the years, often working with live models in his home, or simply sketching the people around him. He eventually began signing his works under the pseudonym "Ofey" - a take on 'Au Fait' meaning 'it is done' in French - which is how he signed the present work.

Over the years, Feynman's most constant subjects were - perhaps unsurprisingly - portraits and nudes. As Jirayr Zorthian, the legendary California artist and one of Feynman's closest friends recalls in No Ordinary Genius: The Illustrated Richard Feynman:

"...I think art is another thing he wanted to conquer. He told me, "I'm learning all your tricks, and someday I'm going to be able to draw as well as you! " He also said "But there is something I'll never be able to do and I don't know how you do it. Whenever you have a girl in your studio, within five minutes she's taking her clothes off and she's posing nude!" So I said, "Dick, have you ever asked a woman to pose nude for you?" He said, "What? Is that what you're supposed to do? You mean if I ask them, they might pose for me too?"

This tenderly rendered portrait of a woman's breasts is an example of the above coming to pass. Although the model remains unknown, she is nonetheless captured in evocative tones of grey, her arm raised above her head with the shadow of her tilted chin spilling over her décolleté. "We cannot tell nature what she is going to be," Feynman famously said during a lecture on Quantum Mechanics at the University of Auckland in 1979. One could view the present work as an invitation for the viewer to gaze upon and contemplate the beauty and mystery of nature herself.