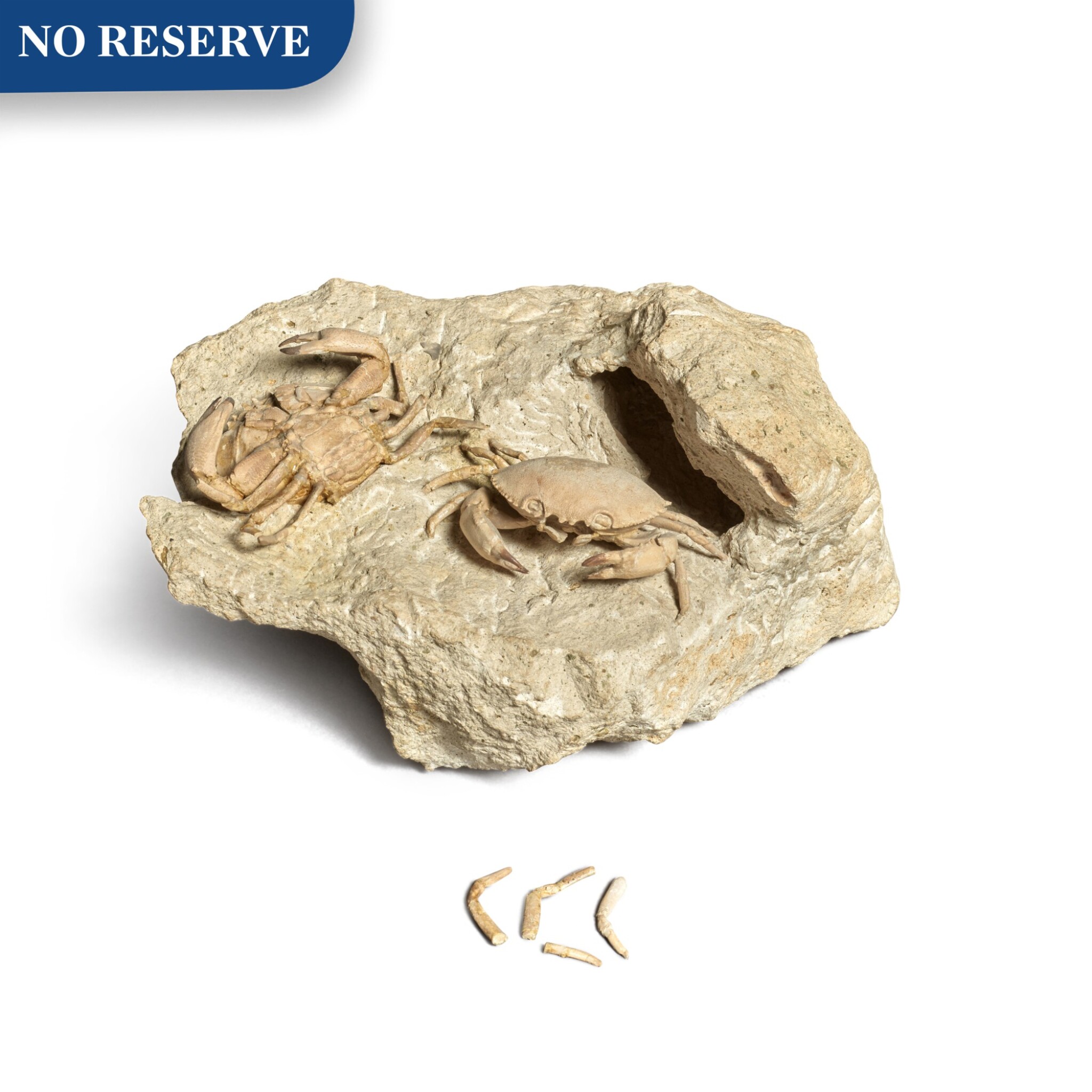 23 x 12 x 18 cm. Fragile, with several legs detached as often happens with specimens of this kind.

A very rare specimen from the famous limestone strata near Verona, Italy, on the southern fringes of the Italian Alps. The extraordinary three dimensional preparation of this fossil presents two perfectly articulated crabs in a natural combat pose, claws open. The specimens (one male and one female) are attractively poised on a pearl-grey matrix, and the specimen found on its back is completely clear and removable in order to better examine its details.

Monte Bolca fossils are known around the world for their exceptional quality, perfectly illustrated in this pair of crabs. The deposits in Monte Bolca formed during the Eocene in a lagoon that was separated from the open ocean by coral reefs. The climate was tropical at the time, and there was considerable volcanic activity in the area. The resulting cinders and lava covered the surrounding area, and volcanic gases coming up from the sea bed poisoned the waters, and thus, many marine organisms, such as these crabs, met a premature death and were buried in the soft mud of the sea floor.