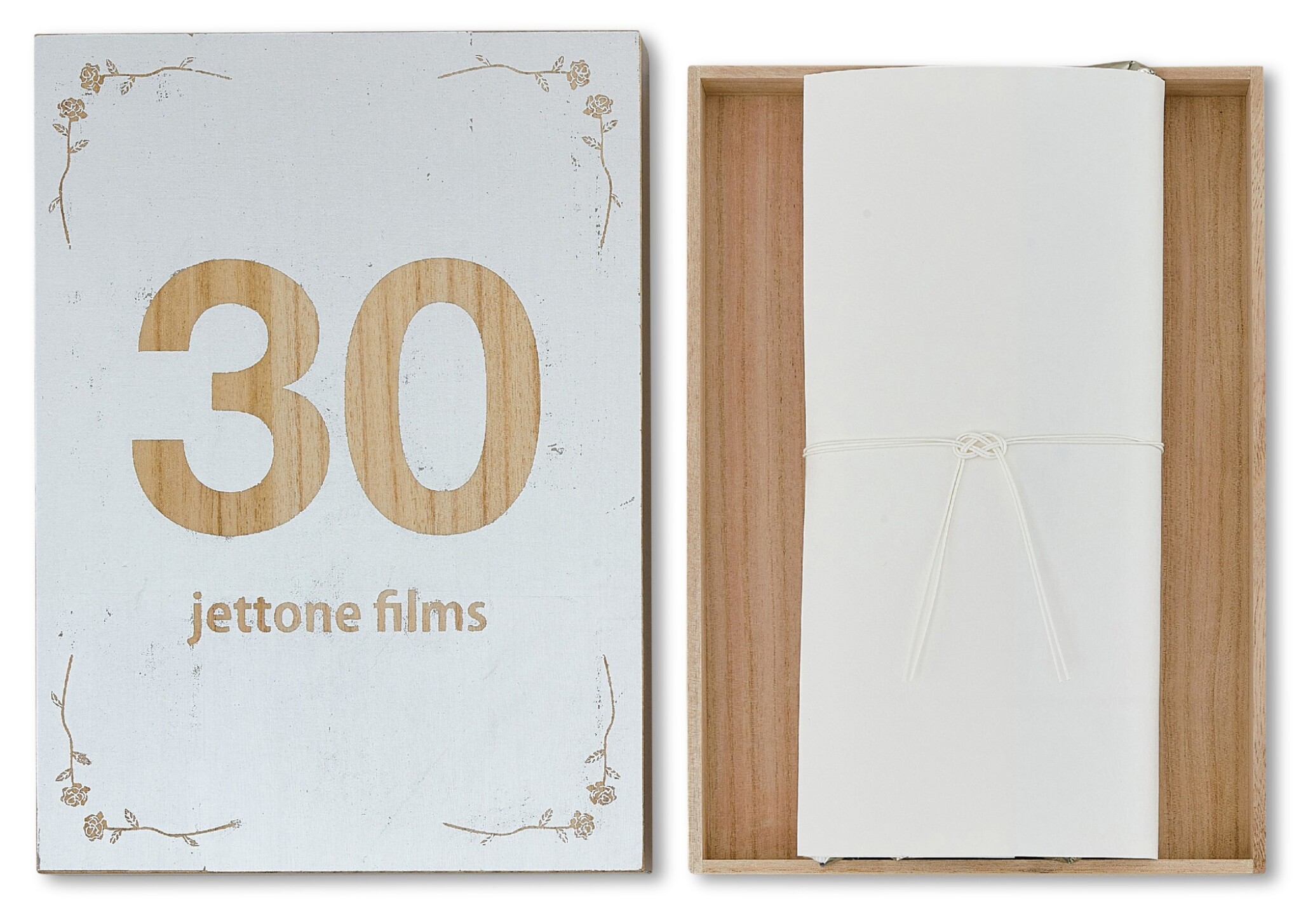 "When thinking of my films, it is easy to associate them with the qipao. However, an equally significant piece of clothing is the white tank top worn by Chow Mo-Wan in IN THE MOOD FOR LOVE. Besides Tony Leung as Chow, others who have worn the white tank top in my films include Andy Lau in AS TEARS GO BY, Leslie Cheung in DAYS OF BEING WILD, Tony Leung once more in CHUNGKING EXPRESS, Leon Lai in FALLEN ANGELS, Ho Po-Wing and Lai Yiu-Fai in HAPPY TOGETHER, Takuya Kimura in 2046, Chang Chen in EROS and Jude Law in MY BLUEBERRY NIGHTS.

In the past, a man’s tank top was his undershirt, a layer revealed only under the most intimate of circumstances. However, in 1951, Marlon Brando’s iconic performance in A STREETCAR NAMED DESIRE elevated the white tank top from safeguard to weapon, instantly transforming it into the most sensual piece of menswear. Since then, the tank top has become a choice of fashion, not only for men, but also for women.

To mark the 30th anniversary of Jet Tone Films, I wanted to recreate the white tank top as a tribute to my lead actors and their embodiment of dignity and sensuality. To have fulfilled this wish today, I am indebted to the vision of legendary fashion designer Naoki Takizawa. Mr. Takizawa began his career at ISSEY MIYAKE, where he was in charge of producing the iconic black turtleneck worn by Steve Jobs. When I invited him to collaborate on this project, he took some time to consider the proposition. He believed that in order to recreate the classic tank top, the most important elements would be the fabrics we could source and the tailoring techniques of the craftsmen. He decided to investigate whether the suitable fabrics existed to justify the project. Six months later, he proposed two collections, each with their own significance:

The Silver collection contains a single tank top, symbolizing the blossoming of a man in the prime of his life. Using a traditional printing technique originating from artisanal kimono construction, the floral pattern of Su Li-Zhen’s qipao is printed onto silver foil, which is then attached to the side of the tank top. Only after this silver foil is peeled off will the pattern underneath be revealed. The intention behind this design is to ensure that each tank top is unique; as each person’s touch creates a distinct effect on the floral pattern, no two pieces will end up alike.

The Gold collection comes as a pair of tank tops, both with the floral pattern printed on gold leaf using the same traditional technique. However, while one tank top remains unblemished, the other has undergone an additional blurring procedure. This arduous process, passed down through generations of Japanese craftsmen, illustrates the marks left by the passage of time. When viewed side-by-side, the first tank top represents the beginning, and the second represents the future. Together, this pair of designs commemorates the 30 years that have passed by in a flash."

Naoki Takizawa is a leading Japanese fashion designer. He started his career at ISSEY MIYAKE, famed brand of the renowned Japanese fashion designer known for his technology-driven designs. Takizawa rose to Creative Director from 1993 to 2006. Notably, he was responsible for producing Steve Jobs' iconic black turtleneck. Currently, he is known as Design Director for Special Projects at UNIQLO.

Takizawa established his own studio, NAOKI TAKIZAWA DESIGN INC, in 2006. In 2010, he became Creative Director of HELMUT LANG MENS LINE, before joining UNIQLO as Design Director in 2011. In 2018, he relaunched “NAOKI TAKIZAWA”, a womens’ collection, and introduced them at his own design studio at Daikanyama, Tokyo.

He has also been in charge of designing costumes for Her Majesty the Empress Emerita Michiko since 2010. He has designed uniforms for various companies and institutions, such as the crew uniform for national transportation and staff uniforms for museums and restaurants. Naoki Takizawa’s celebrated tailoring innovations are driven by a deep belief in everyday serviceability and wearability. He is also known for collaborating with artists such as Daido Moriyama, Yoshitomo Nara and Takashi Murakami.

In 1999, Takizawa received The New York Dance and Performance Award for the costume design of William Forsythe’s Frankfurt Ballet. He also designed the interior curtains at the Musée du quai Branly, for which he received the French honour of “Chevalier des arts et des lettres” in 2007.