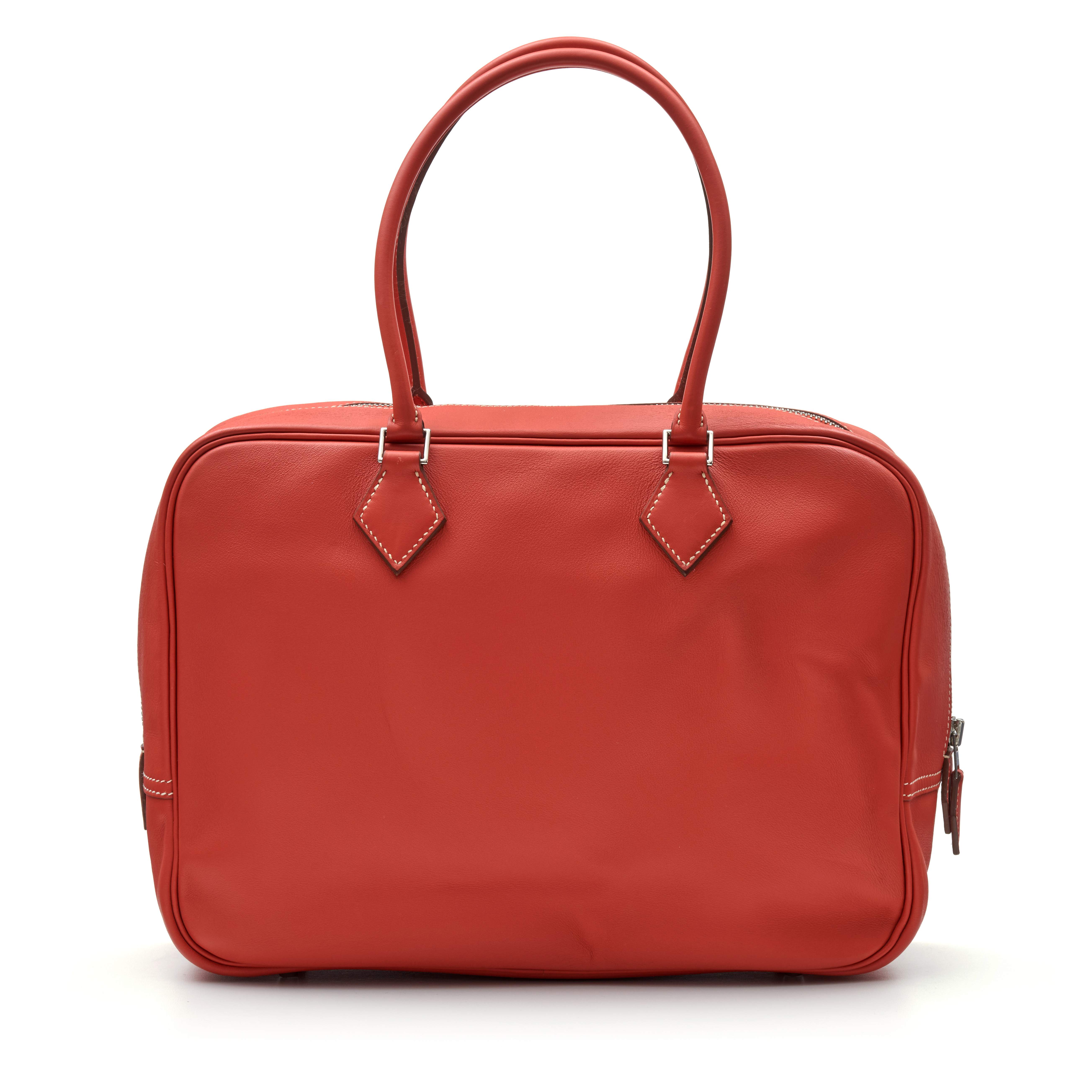 This Hermès Plume bag features two tall rolled top handles and a zipper that opens to a matching red leather lining with two slip pockets on the opposite sides of each other.

The original Plume Bag was released as a travel piece in the 1960s, based on archival Hermès luggage designs that stretched back another four decades. Rumor has it that the Plume was first made in the day bag size we know now at the request of legendary French actress Catherine Deneuve.

Dated back in the 60s, this classic pattern has been in the brand’s house since ages. Walking down the memory lane, we would find that the Plume bag was enlivened by the so-called blanket holder of 1920s. The word “Plume” depicts long soft leather, it not only suggests the first Hermes which was created by soft unlined leather but the name perfectly describes its feather-light trait.

Very good condition. Imprints on front and back, minor mark on the side near zipper. Minor marks on interior and base.