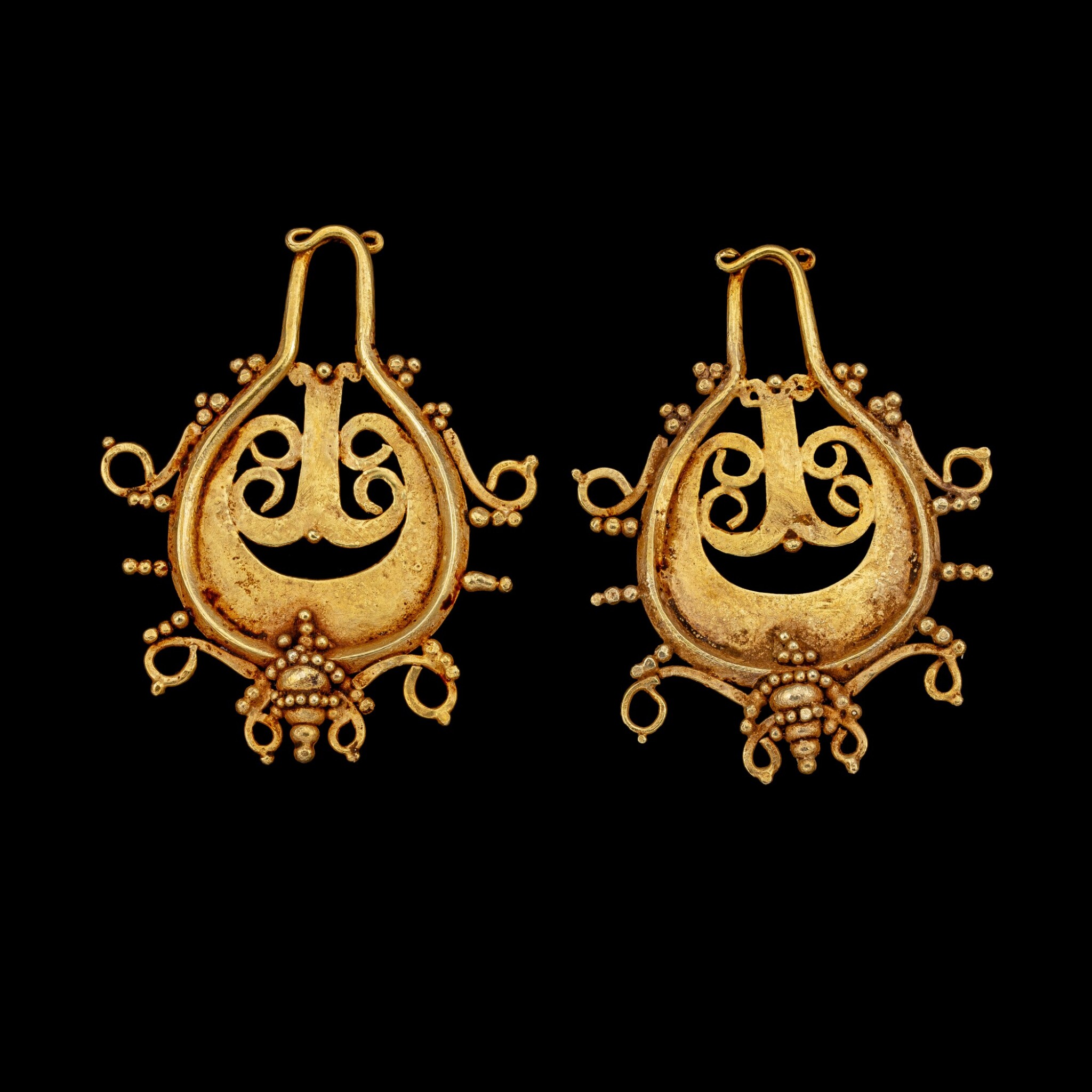 In good overall condition, with signs of encrustation and expected minor wear, as viewed.

The long, narrow island of Flores is one of the islands in the eastern half of Indonesia. The name Flores is the Portuguese word for 'flowers' and was given by Portuguese traders and missionaries when they came to the island in the 16th century.

On the eastern part of the island lie the Lio tribe, which hold a fascinating belief towards gold ornaments. They believe that gold is animate and associated with life in a profound sense. It is imbued with the spiritual and life forces. The life force within gold jewellery parallels the potential for new life brought to a marriage by a young, fertile woman.

With a full-bellied, rounded oval shape and fringed by airy openwork, this type of Lio ear pendants are referred to as riti by Lio themselves, or as ate sage by Nagé people. The term ate sage derives from a complex concept that combines ideas of both the heart and mind.

The curling plant-like motif cut from gold sheet symbolises the womb of the ancestral mother, as depicted on the walls of Lio clan houses. These earrings are meant to be given to a young woman by her fiancé and are sometimes massed together and worn as necklaces.