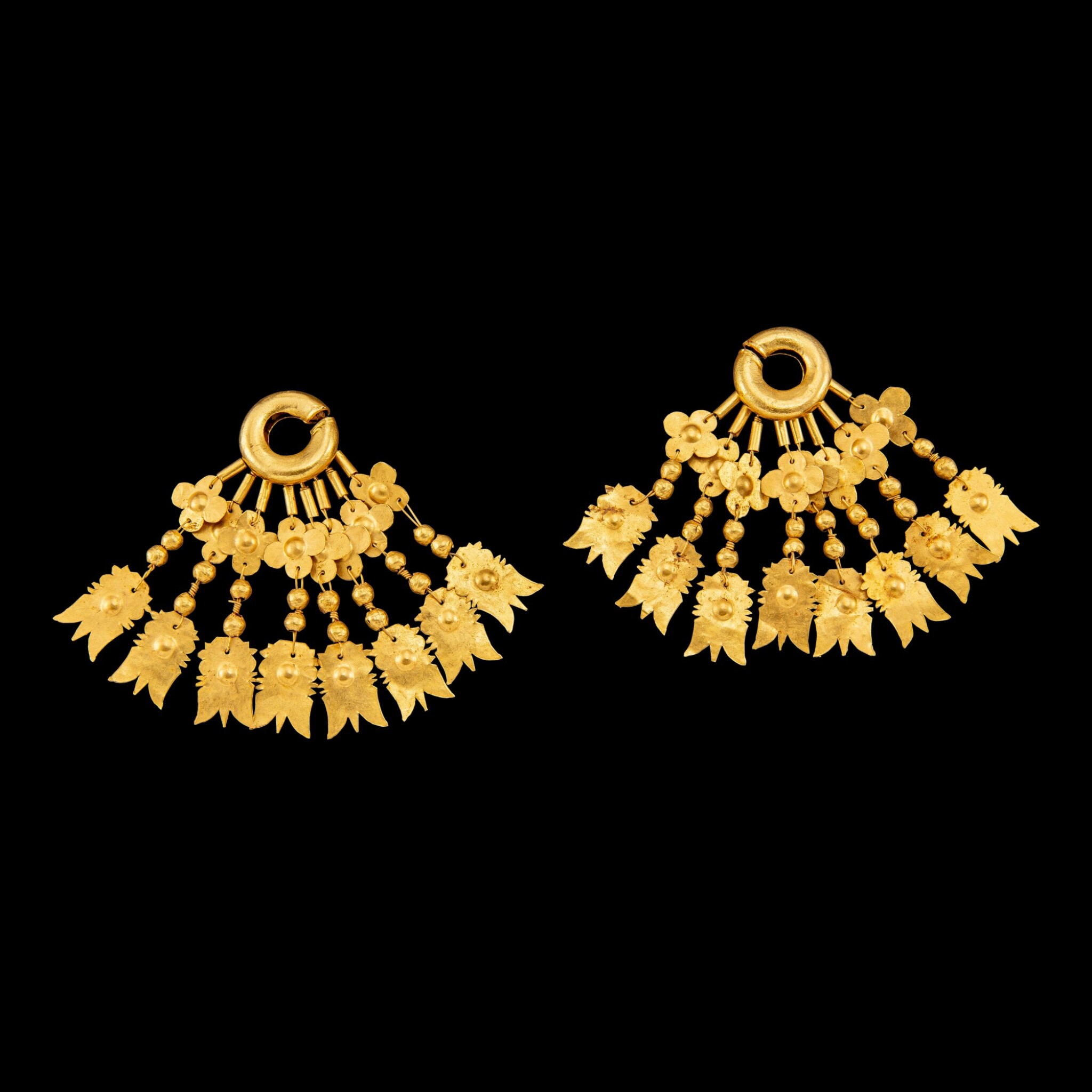 A pair of gold earrings with floriated spangles

The Philippines had one of the largest gold deposits in the world, and attracted many foreign traders, despite its geographical distance from the main East-West trade routes.

The Filipino word for jewellery hiyas is cognate with hias, 'well-dressed” in Bahasa Indonesia and 'beautification' in Bahasa Melayu. Some ethnic groups in the Philippines would alter their bodies to satisfy the demand of vanity, such as tattooing the skin, flattening the forehead, and gold-pegging the teeth, but wearing jewellery could also enhance beauty without causing physical pain.

Filipino jewellery is traditionally symmetrical and distributive. The cascade of spangles in lot 1001 reflects the Filipino emphasis on formal proportion and a strong sense of rhythm. Filipino jewellery also goes extremes in its masses, making use of either minuscule ornaments to adorn small surfaces or oversized ones to compensate for the vacancy of large space. The dangles of the earrings fill up the areas between the cheeks and the shoulders, accentuating the visual impact of the face, as well as the wearer’s opulence, since early inhabitants of the Philippines considered large heavy gold ear ornaments as a status symbol.

The foliated spangles cascade from a small hoop that clasps the ear. Similar dangling earrings are illustrated in Ramon N. Villegas, Kayamana: The Philippine Jewelry Tradition, Manila, 1983, p. 88-89; and another pair from the collection of Ayala Museum, Manila, was exhibited in Philippine Gold: Treasures of Forgotten Kingdoms, Asia Society, New York, 2015.