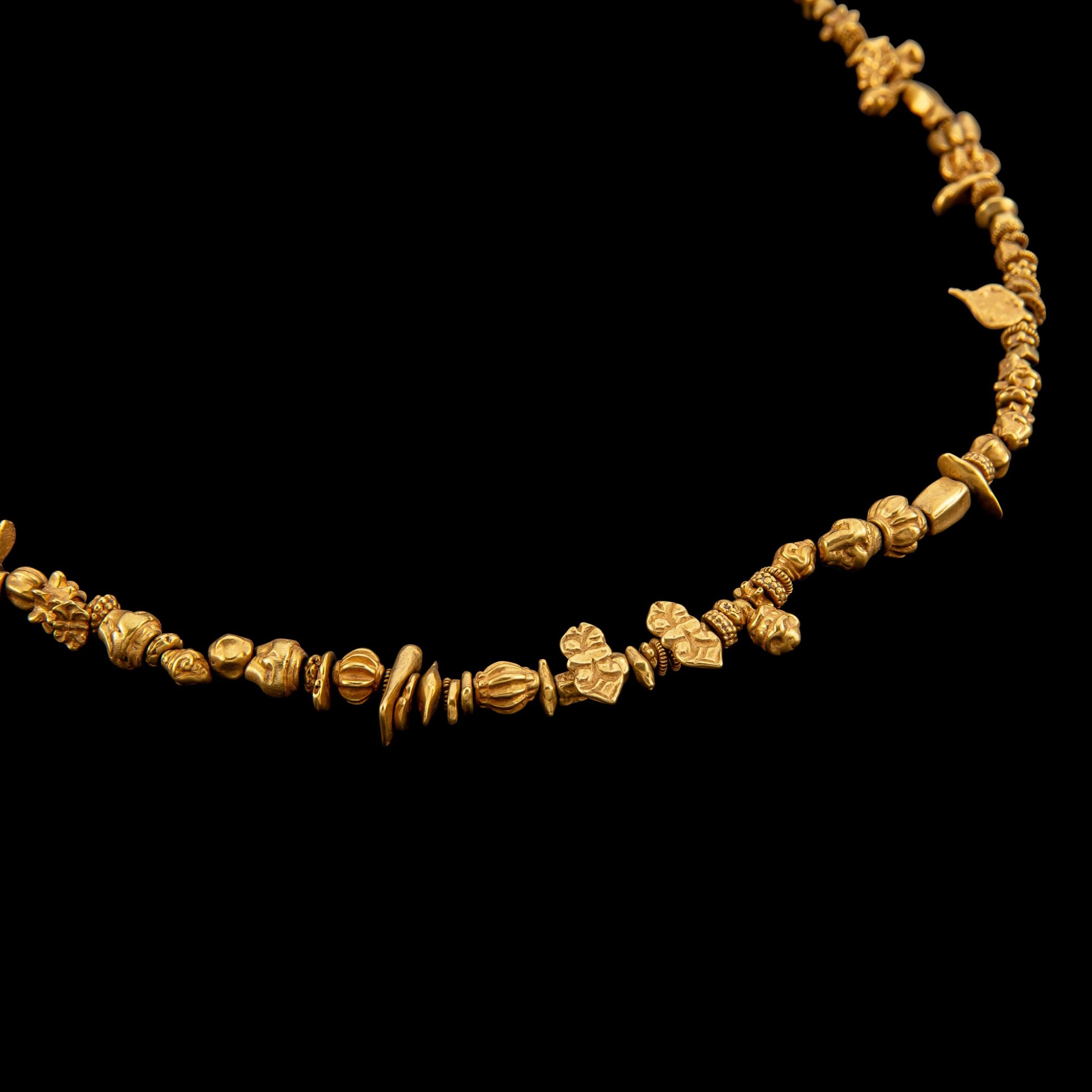 A gold necklace with multi-form beads

Pyu, present-day Upper Burma, was a group of trade-focused city-states that incidentally imported many cultural ideas from other countries in Southeast Asia. Influenced by India, the Pyu were devout Buddhists who emphasized religious symbolism in the creation of their jewellery. Their use of gold in personal ornaments expressed their belief system and social status. Beads were especially popular among the royal class for their extraordinary variability and freedom of expression, such as the present gold necklace of multi-form beads. The free mix and match in a beaded necklace catered for the needs and preferences of the wearer.

Appearing in different forms and shapes, all beads demonstrate the exceptional workmanship of the Pyu artisans. Spiked beads and graduated beads in particular, illustrate the dexterity of the craftsmen for the high-level skills required. Conch shell beads were considered an auspicious symbol and hence were used extensively in religious ceremonies. The Pyu were also famous for their unique production of dice beads, in which four of the six faces were reserved for decoration and the other lateral two for drilling and stringing. Other forms include six- or eight-sided pumpkin-shaped beads, claws, bells, multi-cones, drums, axes and spheres.