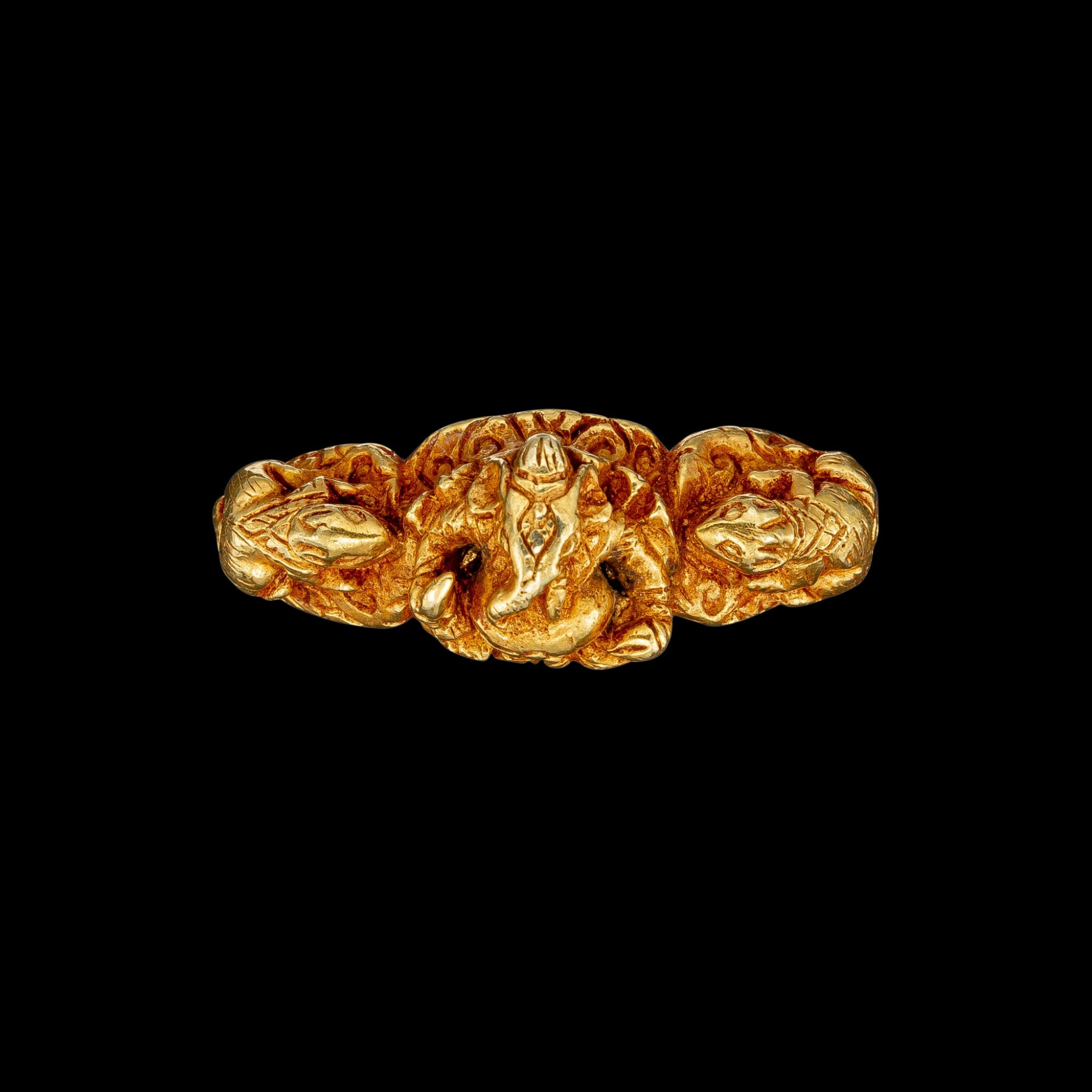 A gold 'Ganesha and rats' ring

To request a condition report for this lot, please email Rubie.Fong@sothebys.com

Susan Ollemans, 'Ancient Gold Rings from Asia. The Tuyet Nguyet Collection’, Arts of Asia, July-August 2017, pl. 12.
Easily recognisable by his elephant head and human body, Ganesha is the god of wisdom, intelligence, education and prudence. The myth of Ganesha explains that he was the son of Shiva and Parvati, and was originally born with a human head. While Shiva was away at war, Parvati appointed her son to guard her chambers, and permit none to pass while she was bathing.

Shiva had never seen his son, having left for war before he was born. When he returned, he went straight to Parvati's chambers, and there met Ganesha. When Ganesha refused to let him pass, as his mother had ordered, Shiva cut off his son’s head in fury. Parvati saw what had happened, and collapsed in grief, telling her husband of his terrible mistake and implored him to bring their son back to life.

Shiva sent his servants and commanded them to bring back the head of the first living creature they came across. When they returned, they brought with them the head of an elephant, and using this Shiva brought his son back to life, with an elephant's head on his shoulders in place of his human head.

Half man, half elephant, with a round belly, representing abundance and generosity, he has small eyes, a symbol of concentration, and big ears representing the need to talk less and listen more. He is joined by his companion, Mûshika the mouse.