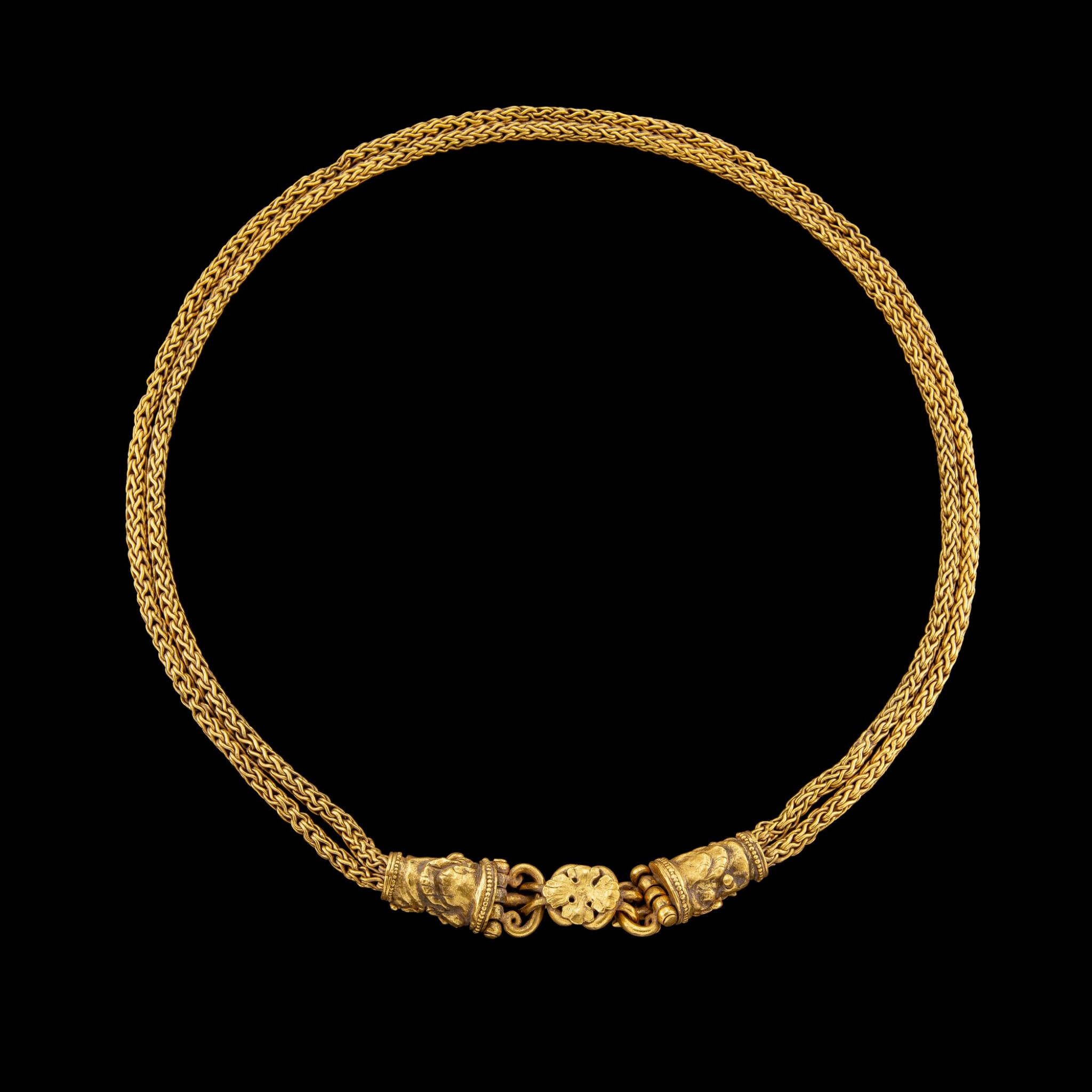 The gold chain chased in the form of linked loops resembling a braided rope, culminating in a buckle with a clasp in Herakles knot decorated with a four-petal floral motif.

Similar belts of this type were also carved onto a pre-Angkor sandstone figure of Harihara - a deity combining both aspects of Vishnu and Shiva - in the Kimbell Art Museum, Texas. The belt is loosely placed around the hips above the folds of the sampot skirt.

The four-petal floral motif on the clasp is a recurring theme and is repeated to great effect on all types of jewellery. It is also extensively depicted on bas-relief carvings, most notably those at Banteay Srei, a 10th-century temple carved in pink sandstone which displays some of the most refined and ornate stone carvings of the entire empire.

Stable and good overall condition. Minor wear to metal consistent with age. Minor areas of tarnish to the surface, predominantly to the buckles.