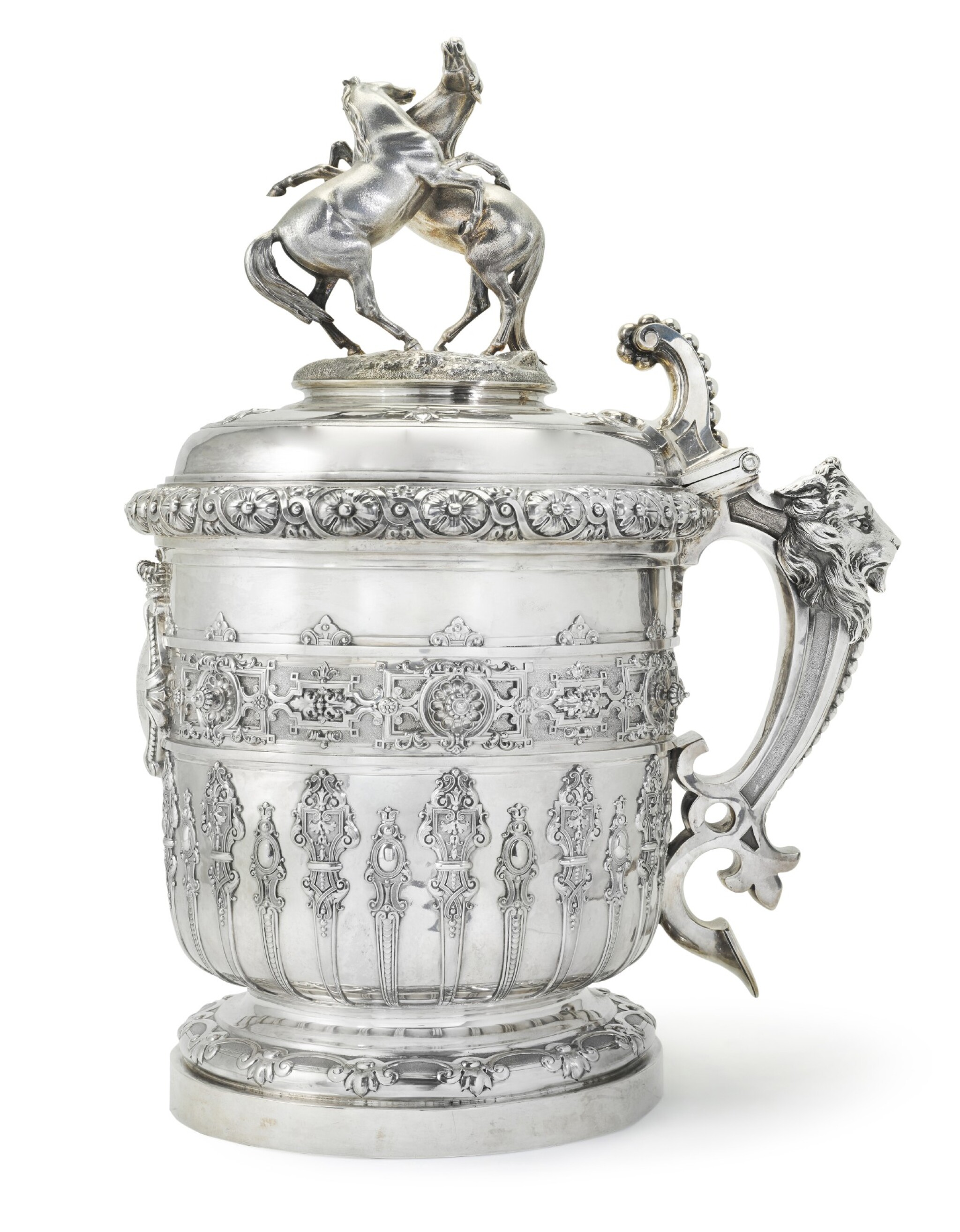 described by The Illustrated London News in 1867 as 'in the form of a tankard in Queen Anne's style,' the ample body heavily decorated with applied cast vertical straps rising to a similar band of formal motifs, beaded scroll cartouche with inscribed convex centre, the generously designed handle terminating in a bearded lion mask and scrolled thumbpiece, double-domed hinged cover surmounted by two rampant stallions, the base stamped: 'R & S GARRARD PANTON St LONDON'

The engraved inscription reads: 'The Gift of Her Majesty The Queen Ascot 1867'