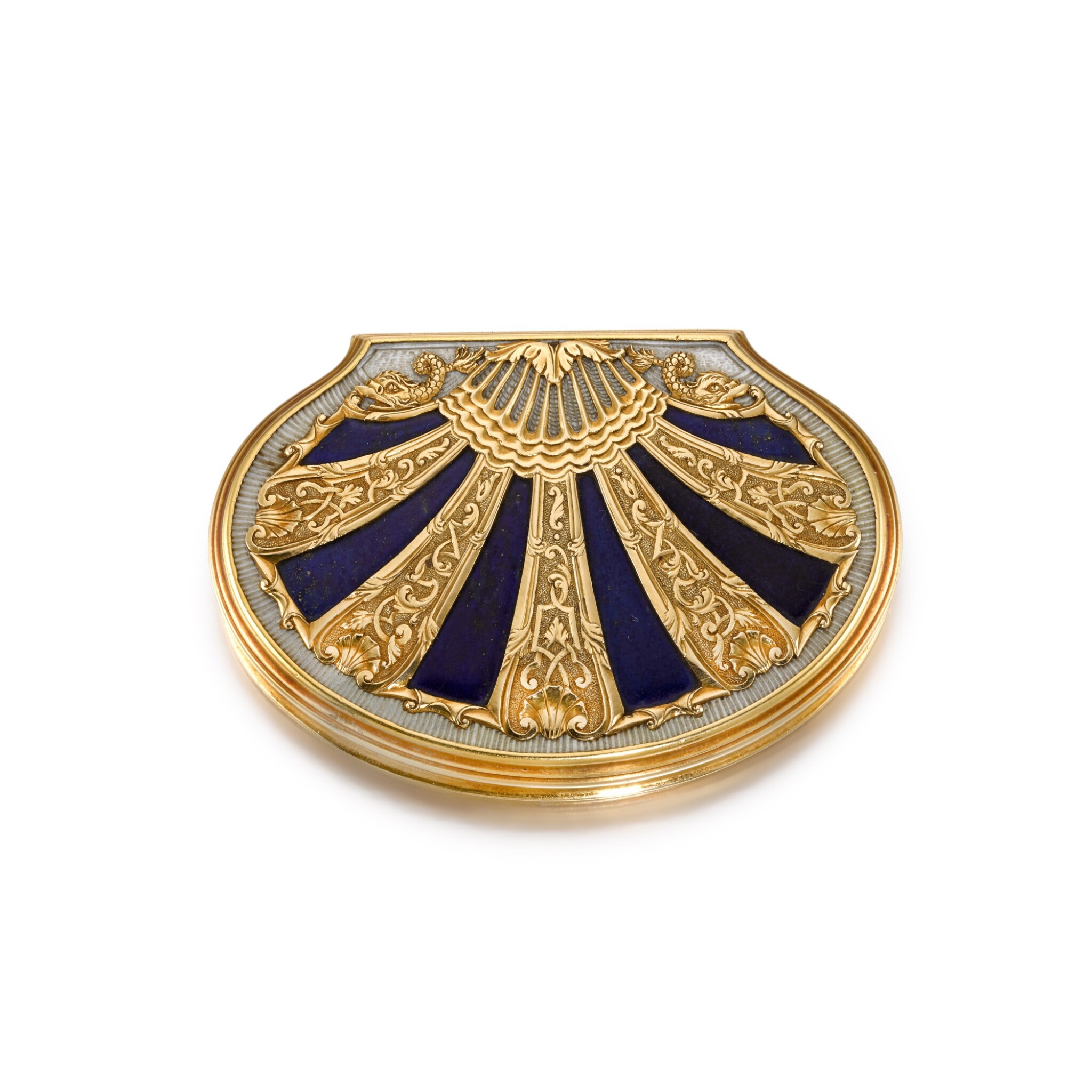 of cartouche form, the reeded mother-of-pearl lid applied with graduating rays of lapis lazuli alternating with gold panels chased with Bérainesque strapwork surmounted by dolphins flanking a an openwork stylised shell ornament, the lid interior engraved with an architectural view and three visitors, plain polished gold sides, the engraved mother-of-pearl base mirroring the Bérainesque strapwork around the edges, apparently unmarked

one very small crack to mother of pearl to top left corner of the underside, light surface scratch to third lapis band from the left

A small group of mother of pearl boxes in similar taste and shape with alternating engraved and enamelled lobes have traditionally been ascribed to Dresden (see Holzhausen, 'Unbekannte Pretiosen von Joh. Melchior Dinglinger', Weltkunst, 1 April 1966 and Sotheby's London, 6 July 2011, lot 127). Another box attributed to Dresden, and especially to the court jeweller under Augustus the Strong, Johann Melchior Dinglinger (1664–1731), was sold at Sotheby’s on 26 May 2021, lot 19. Although it does not contain the aforementioned lobes, the box is indeed also characterised by its inventiveness, an extremely advanced technique and craftmanship, as well as typical designs after Bérain. This type of ornament, to be found in the gold strapwork in the present lot, was popular throughout 18th century Europe and is based on widely-circulated engraved patterns. Kenneth Snowman illustrates both a design by Paul Decker the younger, printed in Nuremberg during the first decade of the 18th century and a gold box similarly chased, made for James Brydges, first Duke of Chandos around 1725 (A. Kenneth Snowman, Eighteenth Century Gold Boxes of Europe, Woodbridge, 1990, pls. 40 and 527).