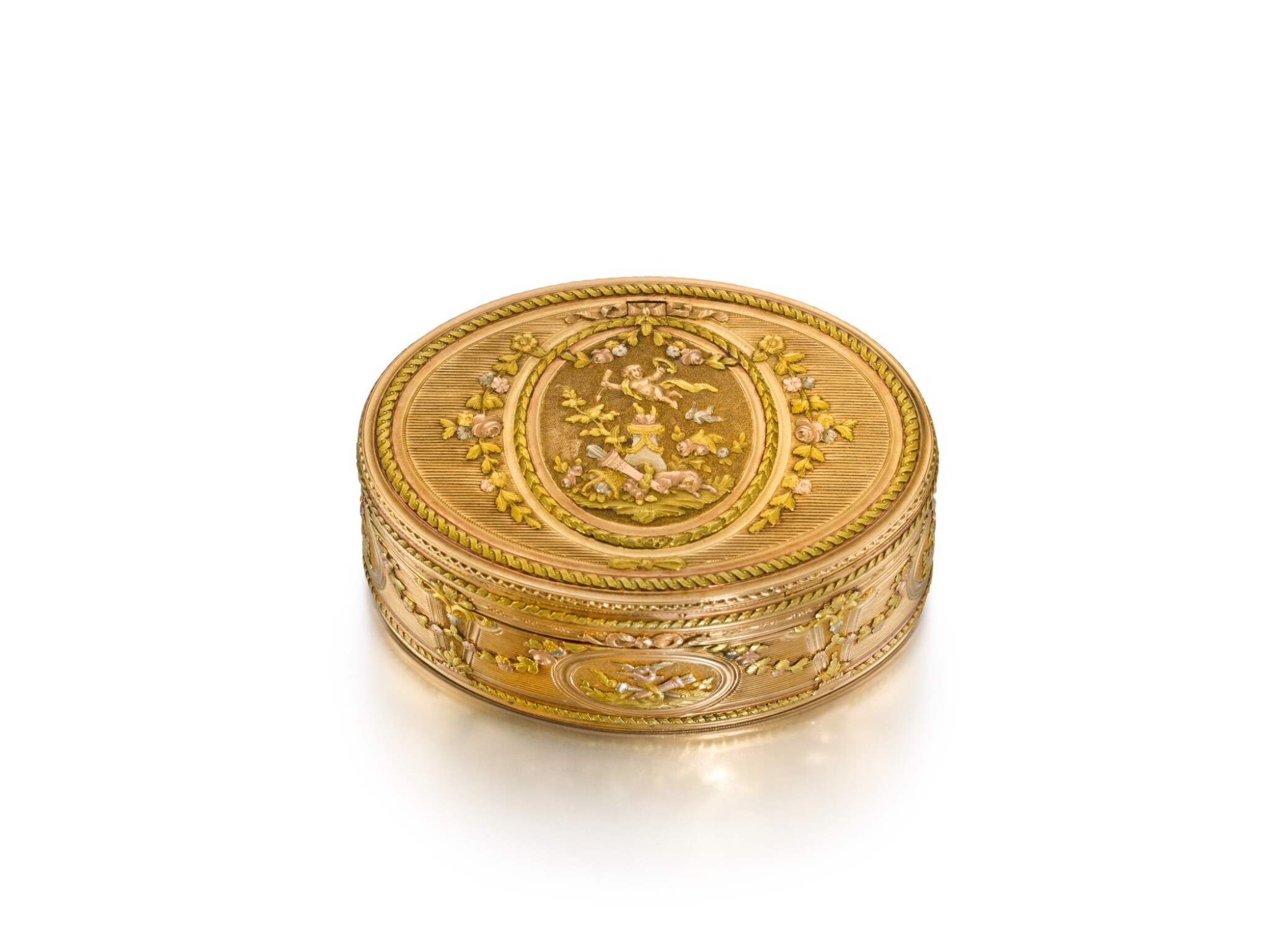 oval, chased with oval amorous trophies on a reeded ground hung with looped leafy garlands, the oval medallion on the lid opening to reveal an enamel miniature painted with a couple and their compliant hound worshipping at a shrine to Love, that on the base revealing a small circular watch, the white enamel dial signed: Jodin A Paris, maker's mark M&P crowned above a heart and between two flourishes, with modern key

Very good external condition; lacquering to enamel miniature; Sotheby's does not guarantee the movement of the timepiece

Another gold box of the same origin and date, with an integrated timepiece within elaborate openwork, signed Marchand, was sold Sotheby's London, 11 November 2019, lot 68. A partially enamelled example of the same construction belongs to the Rijksmuseum (see Clare Le Corbeiller, European and American snuff boxes 1730-1830, 1966, no 316). It is marked DMC, most likely for Daniel Marchand & Compagnie of Hanau. Daniel Marchand, born in Hanau on 14 July as the son of a silversmith, was the brother-in-law of Esaias Fernau (Vernau), another successful bijoutier in hanau. Two gold boxes in the Victoria & Albert Museum (171-1878 and
898:1to:3-1882) are also struck with the marks for Daniel Marchand. The varicolour gold example (acc. no. 171-1878) of similar size is particulary interesting for its stylistic similarity with the present lot, such as the roses and the somewhat flat ribbons. When the gold boxes marked DMC are not enamelled, they tend to be characterised by a reeded ground around the central oval medallion within frames of flower garlands, such as in the present lot. Given the similarities in style and technique, it is possible that the M in M&P refers to Marchand in a different, possibly later, partnership.