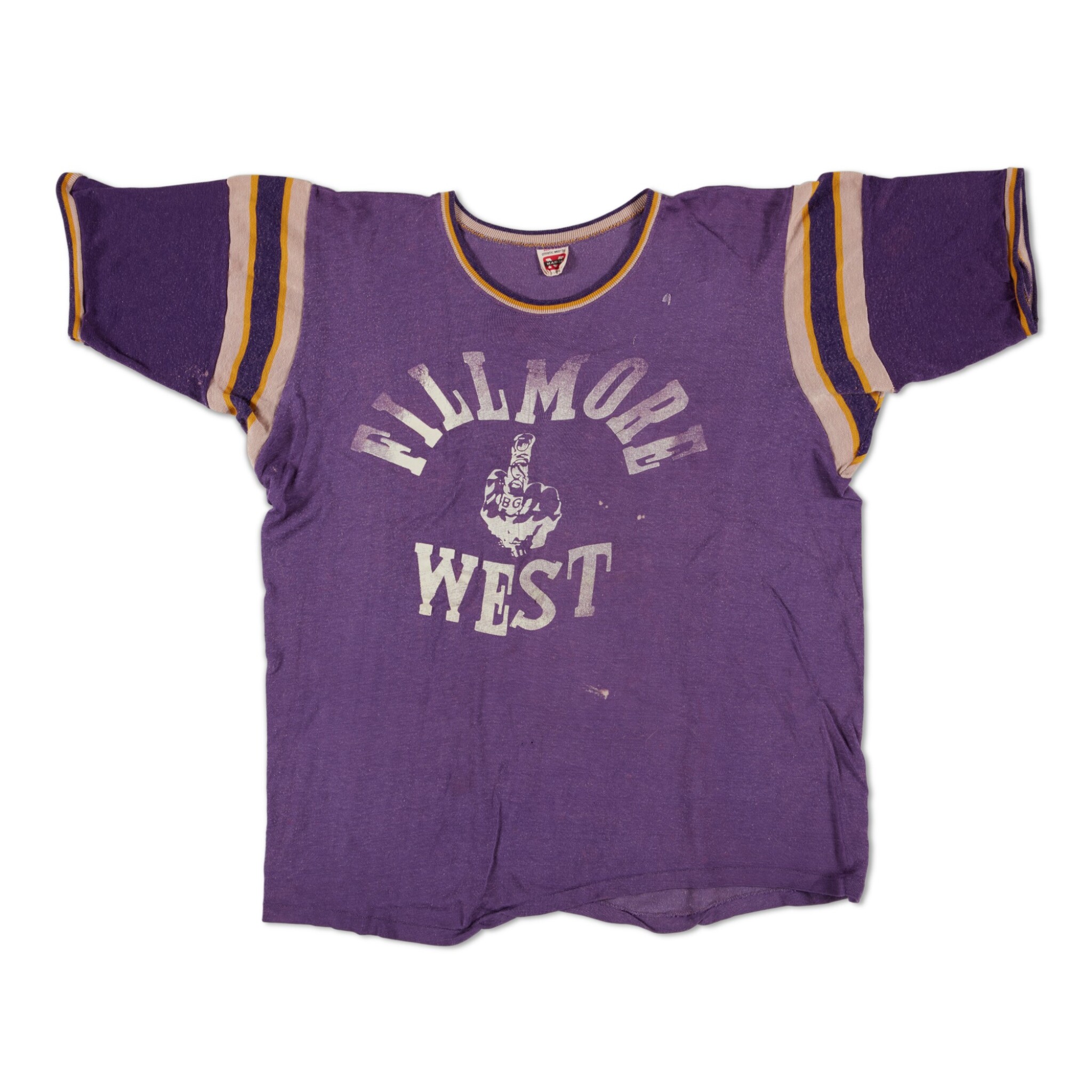 Purple cotton jersey, “Fillmore West” and illustration of a middle finger screen-printed on the front; worn, print a bit faded, a few stains.

Worn on stage by Pigpen, at the Sound Storm Festival in Poynette, Wisconsin. The setlist for the show is unconfirmed, though jerrygarcia.com lists it as:

Turn On Your Lovelight

Death Don't Have No Mercy

"'While their equipment was being set up at Sound Storm, the Dead prepared the usual sacraments. A case of soda was brought onstage and each can popped open. A Visine bottle with an eyedropper appeared, and each can was dosed with liquid LSD. The cans then circulated to everyone onstage and into the audience. Between 2:30 and 7:30, the Dead performed three long sets. No one can verify what they played, since Pete’s reels were lost and no tapes survive in the band’s vault. They must have performed all the psychedelic standards from their album Live/Dead as well as their new country-rock songs from Workingman’s Dead, which they had just recorded. Mike Dzielinski often helped set up their sound systems when they played the Midwest. He says, ‘As the band has admitted, because of their improvisational style sometimes they were on and sometimes they weren’t. At Sound Storm, they were definitely on'" (Wisconsin Magazine of History, Volume 93, Number 3, spring 2010, p. 38).