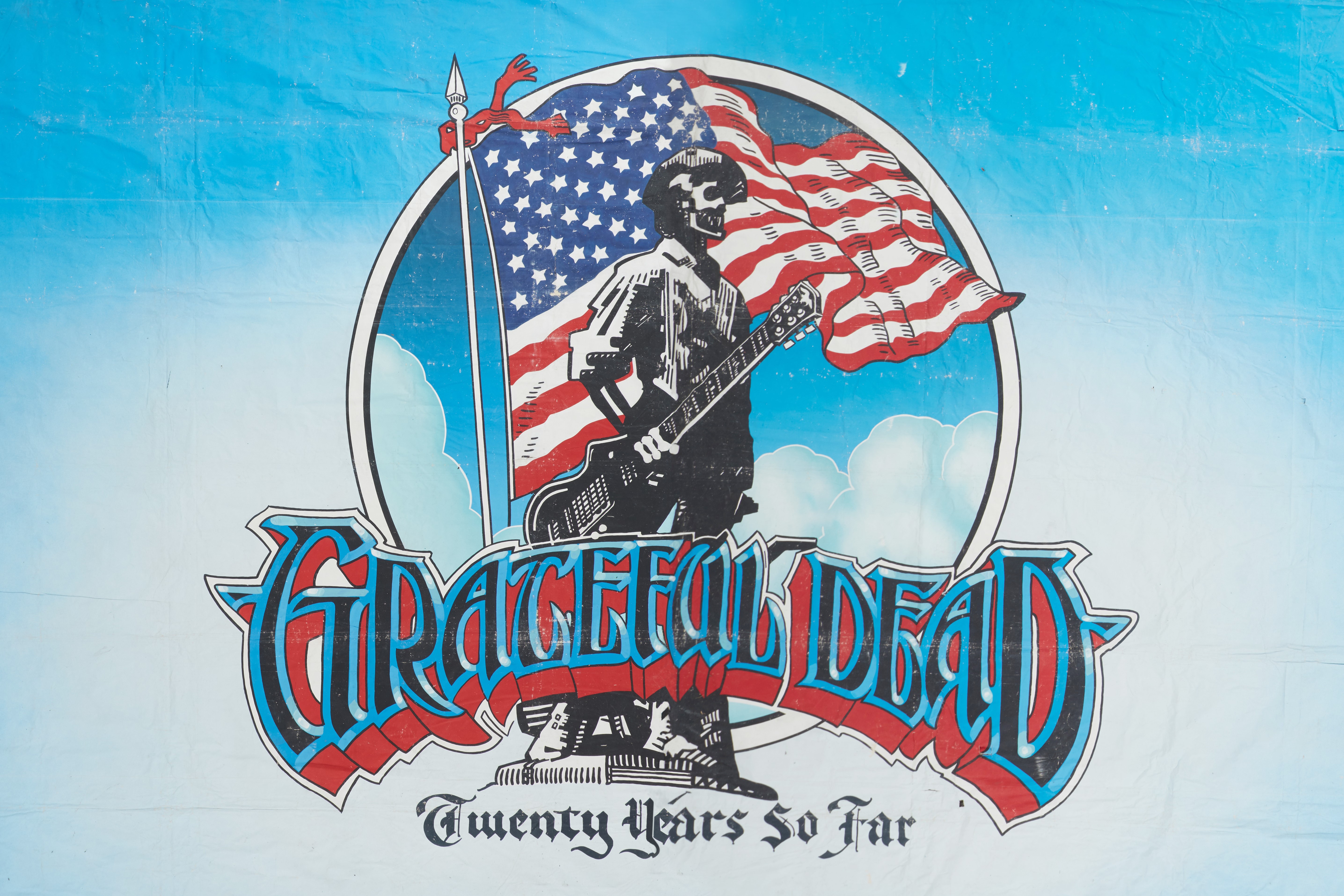 Blue and white backdrop (approx. 238 x 300''), with large minuteman and American flag at center, “Grateful Dead | Twenty Years So Far” printed below; worn from use, a few closed tears, but bright and intact.

“Twenty Years So Far”: The backdrop that hung behind the Dead for their twentieth-year celebration.

Pioneer psychedelic artist, Rick Griffin, was one of the preeminent poster designers of the 1960s—his work helped to shape the vision, legacy, and consciousness of the psychedelic movement. Born in Southern California, the son of an archaeologist, he was exposed at an early age to surfing culture and Native American art. These early influences would profoundly shape the work he ultimately dedicated his life to.

After seeing Stanley Mouse’s and Alton Kelley’s poster art, Griffin decided to move to San Francisco to get in on the Haight-Ashbury scene. There, he became close friends with the two artists, as well as the Dead. He would go on, just as Mouse and Kelley did, to create some of the Dead’s most essential, lasting iconography—helping to define their image and ethos worldwide. Griffin’s Minuteman, poised with a guitar, is as inseparable from the Dead as Stealie, skeletons wreathed in roses, and Owsley Stanley’s marching bears.

While flyers featuring this work occasionally appear, this piece is truly unique. Hung behind the band each night, this backdrop was as much a part of those performances as the Dead. A quintessential image, first honoring the Dead’s legacy and then contributing to it.

The artist behind the album art for Without a Net, Dylan and the Dead, Reckoning, What a Long Strange Trip It’s Been, Wake of the Flood, and Aoxomoxoa