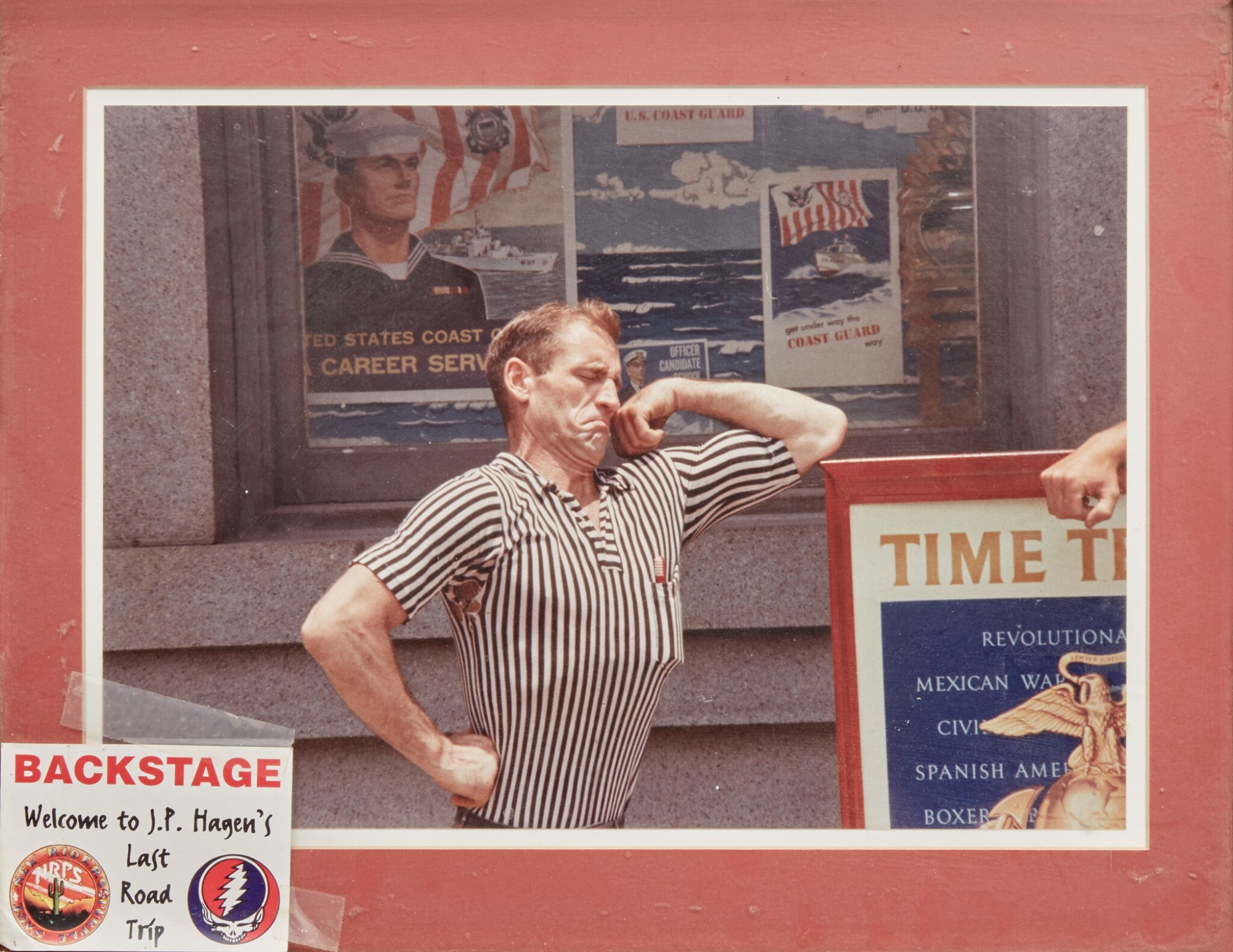 Photographic print (7 x 10’’) of Cassady, matted, framed, and glazed with Plexiglas. Backstage pass taped to Plexiglas, with “Steal Your Face” and New Riders of the Purple Sage logos.

Neal Cassady was famous as a muse for the Beat generation, being the inspiration for several of Jack Kerouac's books, most notably On the Road and Visions of Cody, many of Allen Ginsberg's poems, William Burroughs’ And the Hippos Were Boiled in Their Tanks, among others. But Cassady was also a prominent figure in the Bay Area’ psychedelic scene—Tom Wolfe brought him vividly to life in The Electric Kool-Aid Acid Test and, for a time, he lived with the Dead. In addition to his literary appearances, he was immortalized in the Dead’s “That’s It For the Other One” as “Cowboy Neal.”