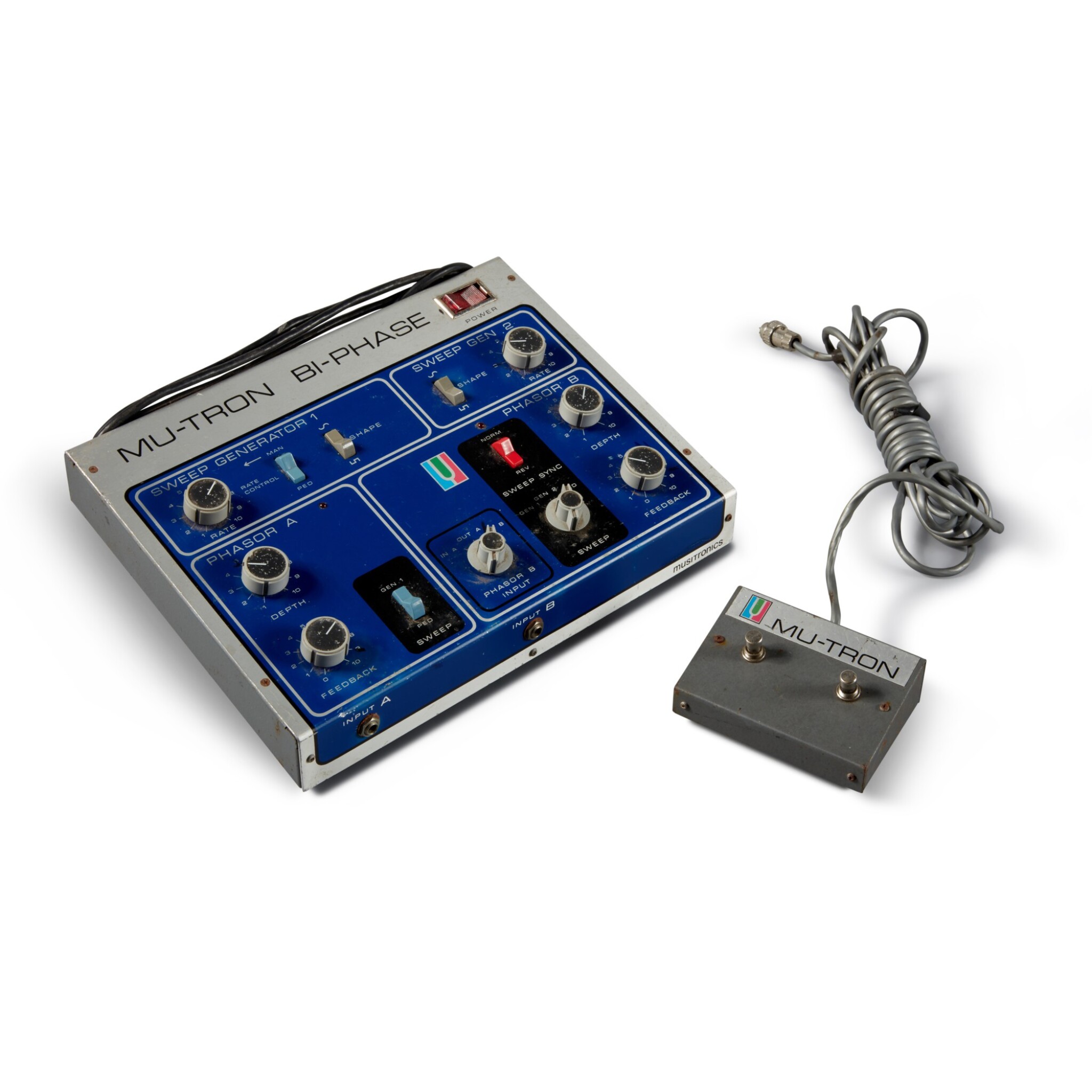 “The Mu-Tron Bi-Phase consists of two independent 6-stage phasor circuits, two sweep generators (oscillators), and a number of unique additional controls to allow maximum flexibility in generating a variety of phasing effects. The Mu-Tron Bi-Phase also offers several convenience features including LED indicators on each phasor, mike stand socket on bottom of housing for above-the-floor mounting, and AC cord storage on back panel. The unit is furnished with a dual foot switch and has an optical photoelectric foot pedal and provision for synthesizer interface for external control of sweep. And, like all Mu-Tron products, the Mu-Tron Bi-Phase and its accessories are solidly constructed to withstand the most severe professional use” (from an original Bi-Phase advertisement, ca. 1970s).

Throughout the 1970s, Mu-Tron products were of the highest quality and innovative in their designs. Jerry had them in his racks and they became a part of his signature sound on songs such as “Fire on the Mountain” and “Estimated Profit.” The Bi-Phase was also of great use in the recording studio for a “Dub” effect on drums.

“Big” Steve Parish: “Jerry loved his Mu-Tron  pedals. We bought this one together and he tried it in a couple of shows with the JGB in the early ‘70s. He eventually replaced it with the Mu-Tron Octave Divider.”