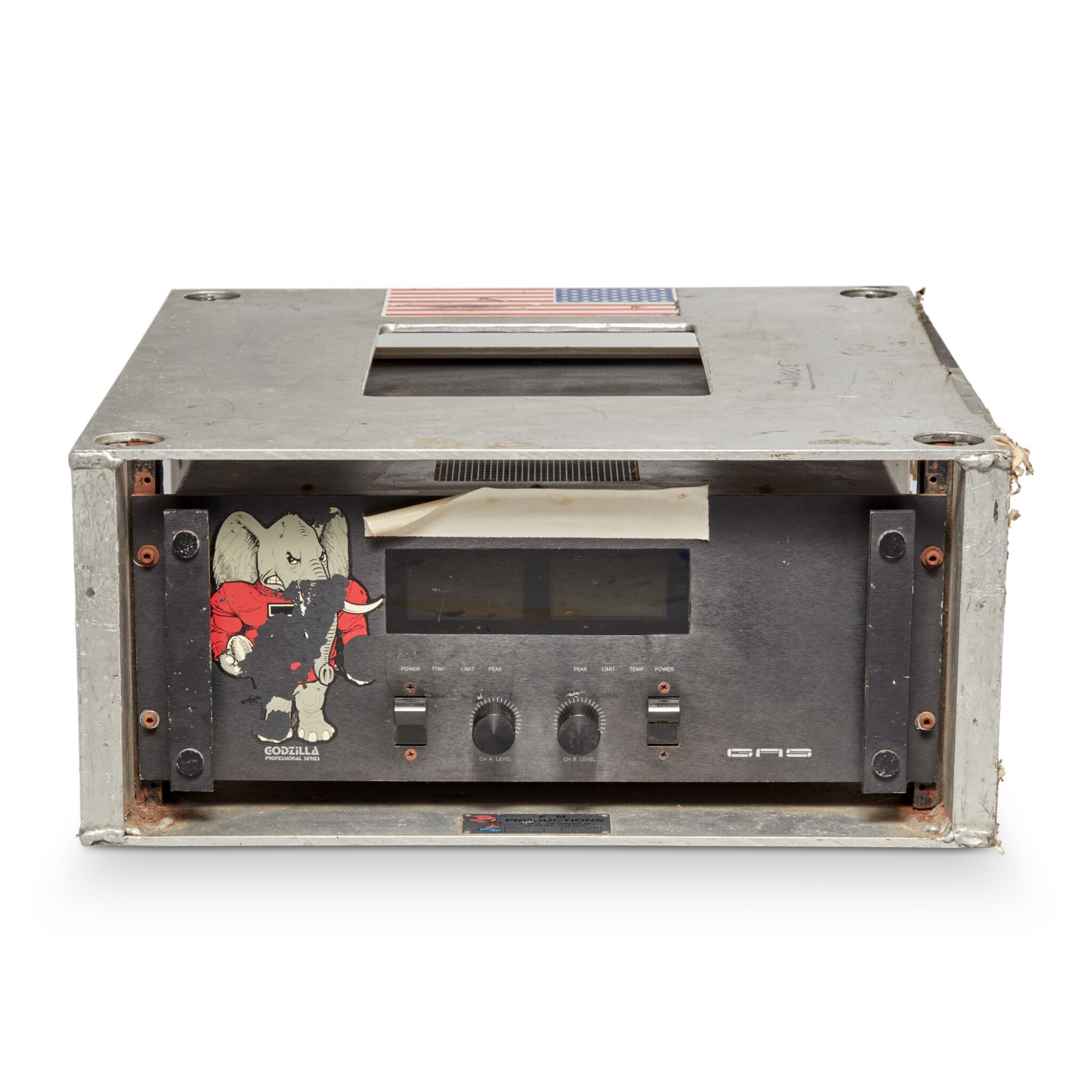 Two amplifiers (each 23 x 21.5 x 9.5’’). Front panel of one amp with elephant mascot sticker, each heavy black metal chassis mounted in its own custom-welded metal frame, tape reading “Steve” on top of one, American flag sticker on another. Serial numbers: 005 and 021. [With]: original wooden rolling road case (28 x 28 x 24’’), made by the Dead crew, painted with numbers and stickered.

Weir began using these in 1978 and Lesh also adopted them for stage use, describing their sound as “sizzling.”  Through two speakers, the power was rated at an outstandingly loud 1200 watts. These were often run in tandem.

“Big” Steve Parish: “The “Godzilla’ was the first power amp Phil used after he switched from a MC 2500. This amp packed a big punch. These were the most powerful amps we ever used: 1000 watts per amp. I placed the Alabama Crimson Tide sticker on this amp at a gig during the first tour we used them on. We built the custom wooden case to house the two Godzilla amps that Bobby used with his guitar--one for stage one for outrigger cabinets. We mounted the amp by inserting them in the aluminum framework for protection on the road and stage.”