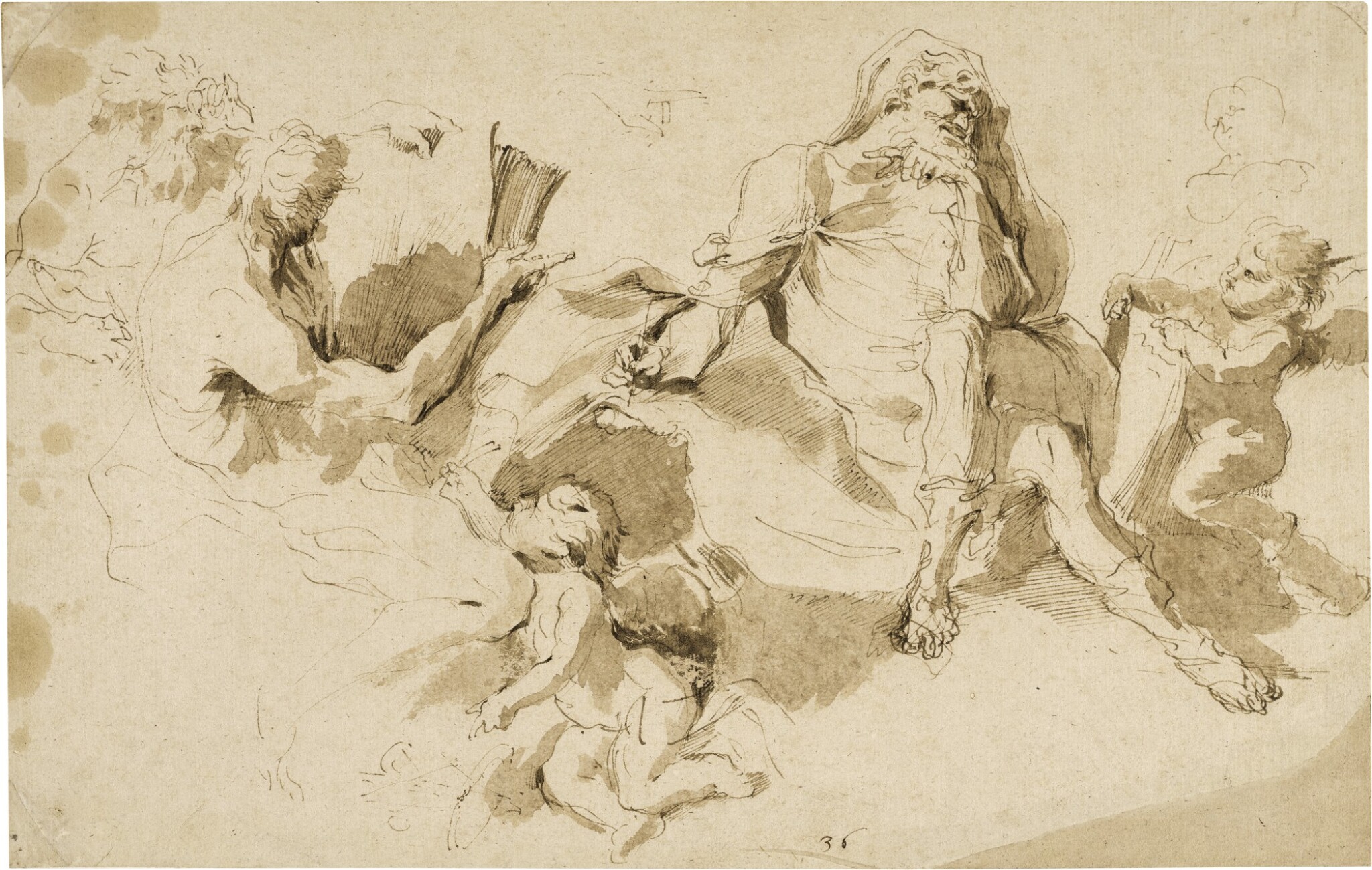 Pen and brown ink and wash;

Laid down on to a Skippe mount. The four corners have been made up, very possibly by Skippe himself. There are some light brown stains to the left edge and an old hole below the foot of the philosopher on the right of the composition. There is a small area of abrasion to the backside of the putto in the lower centre of the composition. The work remains in otherwise good condition throughout with the combination of media strong. Sold unframed.

The expansively drawn, large sheet of studies belongs to a series of similarly executed drawings by Castiglione, all numbered in the same way, which probably originated from a single album. The link between the drawings was first noted by Felice Stampfle and Jacob Bean, and explored and described in more detail by Ann Percy, in her 1968 Master Drawings article (see Literature). Although Castiglione is perhaps best known as a draughtsman for his highly original, mixed-media colored works and his monotypes, drawings such as this demonstrate to the full his ability to create accomplished and dynamic works when using the more traditional media of pen and ink and wash.

Percy dated these drawings between the late 1640s and the early 1650s, and noted that they fell into four distinct groups, by subject-matter. They do not, however, generally relate to paintings by the artist, and may have been made simply as exercises in invention. Other drawings from the group are in major European and American museum collections.1  Particularly close to the present sheet, in terms of conception and style, are three works from the series in New York, Venice and Paris2, and another, recently exhibited, in the Royal Collection at Windsor Castle.3