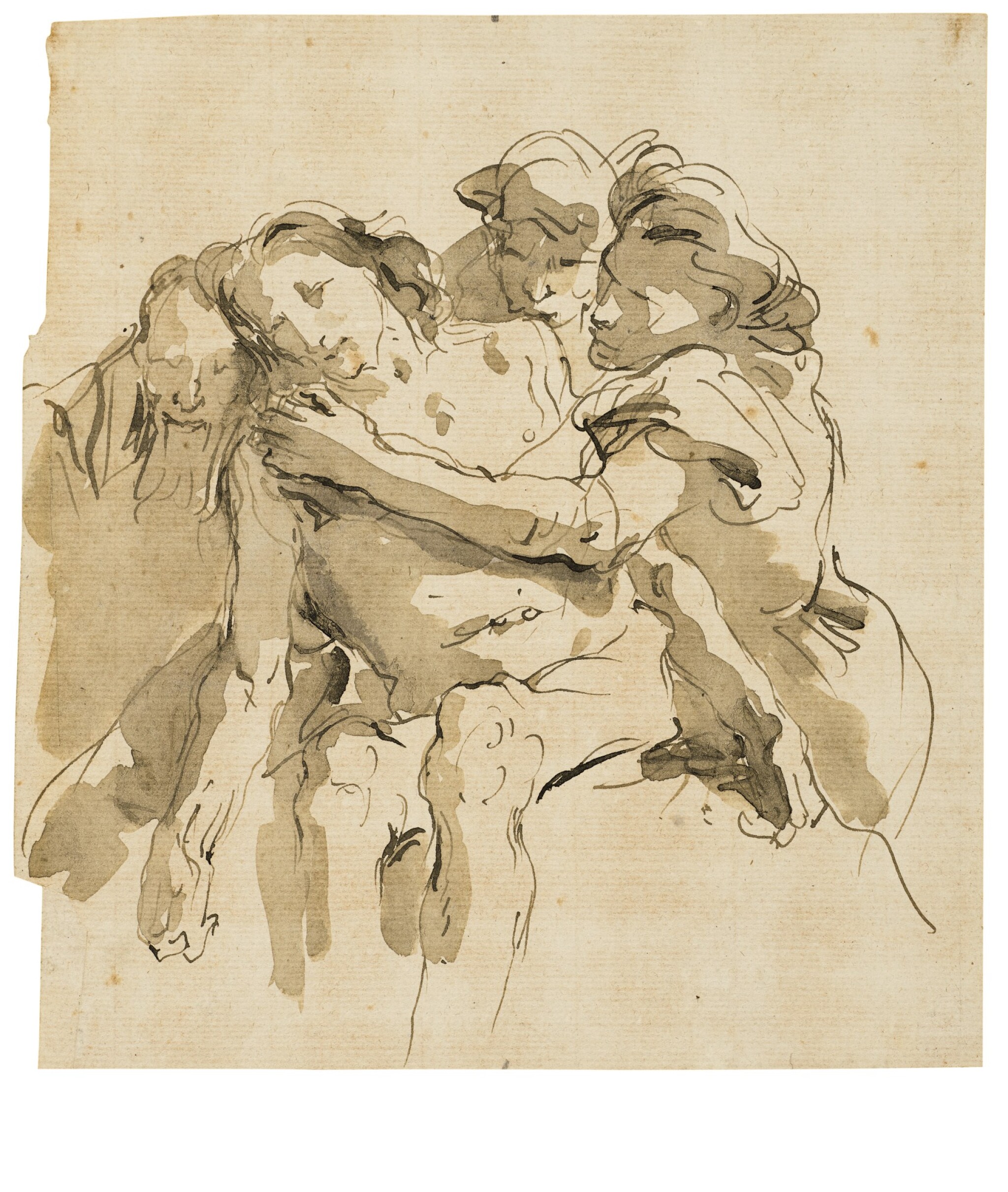 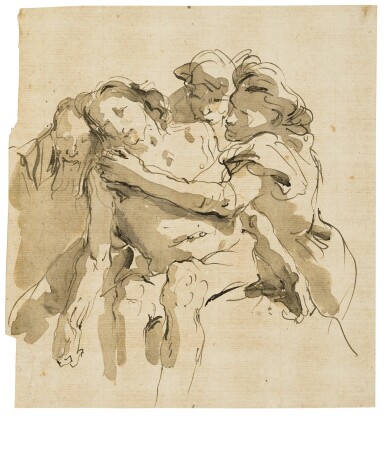 Laid down to an old paper backing. There is an addition to the lower edge of the sheet and an old repair to the lower left corner. The left edge is somewhat uneven and there is some light, scattered foxing and minor toning to the sheet. The drawing itself remains in relatively good condition with the pen and wash still strong. Sold unframed.

This drawing originates from the extraordinary volume of 96 drawings by Tiepolo that was sold from the collection of the Russian Prince Alexis Orloff in Paris in 1920. Of the various albums of drawings by Tiepolo that have been identified over the years, the Orloff album is justifiably one of the most celebrated, containing for the most part large, elaborate and supremely assured compositional sheets. They were also all in exceptionally fine condition, allowing Giambattista's dashing chalk underdrawing and limpid, golden-brown wash to work in perfect harmony and create the gently flickering, extremely beautiful lighting typical of his finest works.

The history and formation of the Orloff album remains unclear. George Knox suggested two possibilities -- that it was originally one of the Cheney albums (see lots 245, 257 and 264) and was purchased at the Cheney sale in 1885 by Prince Alexis Orloff himself, or that it had been acquired much earlier by his ancestor Gregory Vladimirovitch Orloff (1777-1826) -- but went on to write that the second of these alternatives seemed by far the more likely.1

The majority of the Orloff drawings date from the mid-1730s, but a few, including the present sheet, seem to have been executed very slightly later, around 1740. Most of the drawings are highly sensitive and original renderings of various biblical subjects.