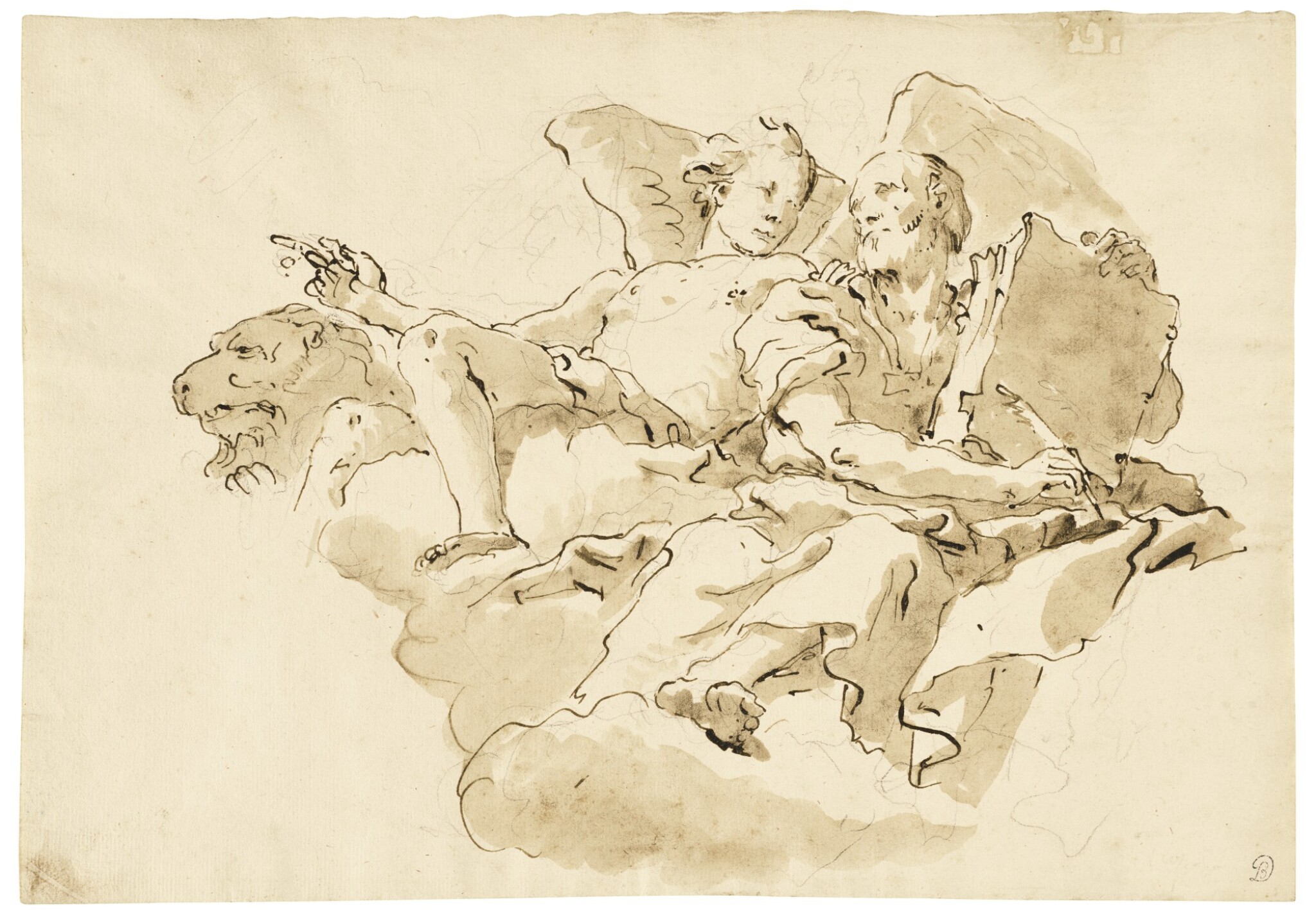 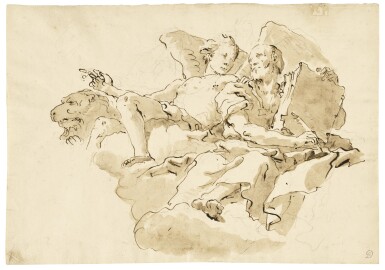 Pen and brown ink and wash over black chalk

Hinge mounted to a modern mount. There is a stain to the right half of the upper edge, where an old adhesive tab to the verso has created a slight stain, as well as a similar stain to the lower left corner. There is some minor buckling to the sheet and some minor surface dirt to the extremities. The drawing remains in otherwise good condition with the combination of media fresh throughout. Sold unframed.

In 1762, at the age of sixty-six, Giambattista Tiepolo took the bold step of abandoning his native city, and moving to Madrid, where the prospects for important commissions seemed at that time better. Indeed, his first project on arrival was to decorate for King Carlos III the immense ceiling of the Throne Room in the Royal Palace.

Other Spanish commissions followed, the last of which, received in 1769, was for the decorations of the vault of the Collegiate Church of Sant'Ildefonso at La Granja. On 27 March 1770, however, Tiepolo died suddenly, at the age of seventy-four, without completing the project, which was taken over by Francisco Bayeu (1734-1795). This confident, late drawing, stylistically similar to others in the Prado, appears to be a study for one of the unrealised pendentives in the dome at La Granja.