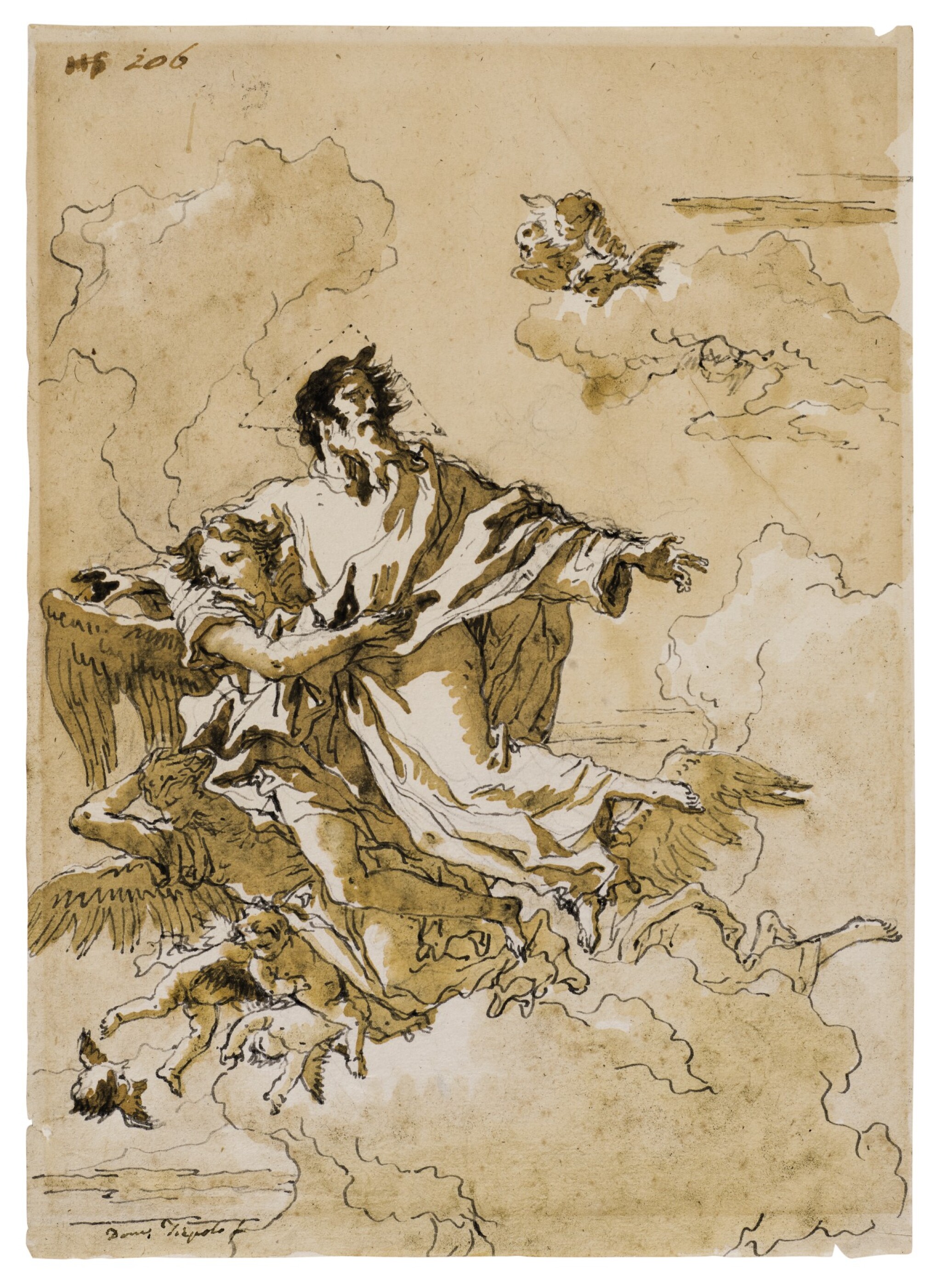 Pen and brown ink and wash over black chalk;

Hinge mounted to a modern mount. There is some slight toning to the sheet made evident by the very narrow old mount mark to the four extremities of the sheet. There is an old diagonal crease to the upper right quarter and small nicks to the lower left and lower right edges. There is some minor scattered foxing however the drawing remains in otherwise very good condition with the combination of media strong and vibrant. Sold unframed.

This is part of Giandomenico's series of over one hundred variations on the theme of God the Father supported by Angels and Cherubs. When James Byam Shaw wrote about the group in 1962, the highest number he knew of was 102, but since then other higher numbered drawings have appeared, including number 140, previously in the collection of Janos Scholz and today housed in the Morgan Library, New York.1Byam Shaw rightly felt that the relationship between some of these compositions and the upper section of Giambattista's important altarpiece Saint Thecla praying for the plague-stricken, in the cathedral at Este, would suggest a dating for the series after 1759.2