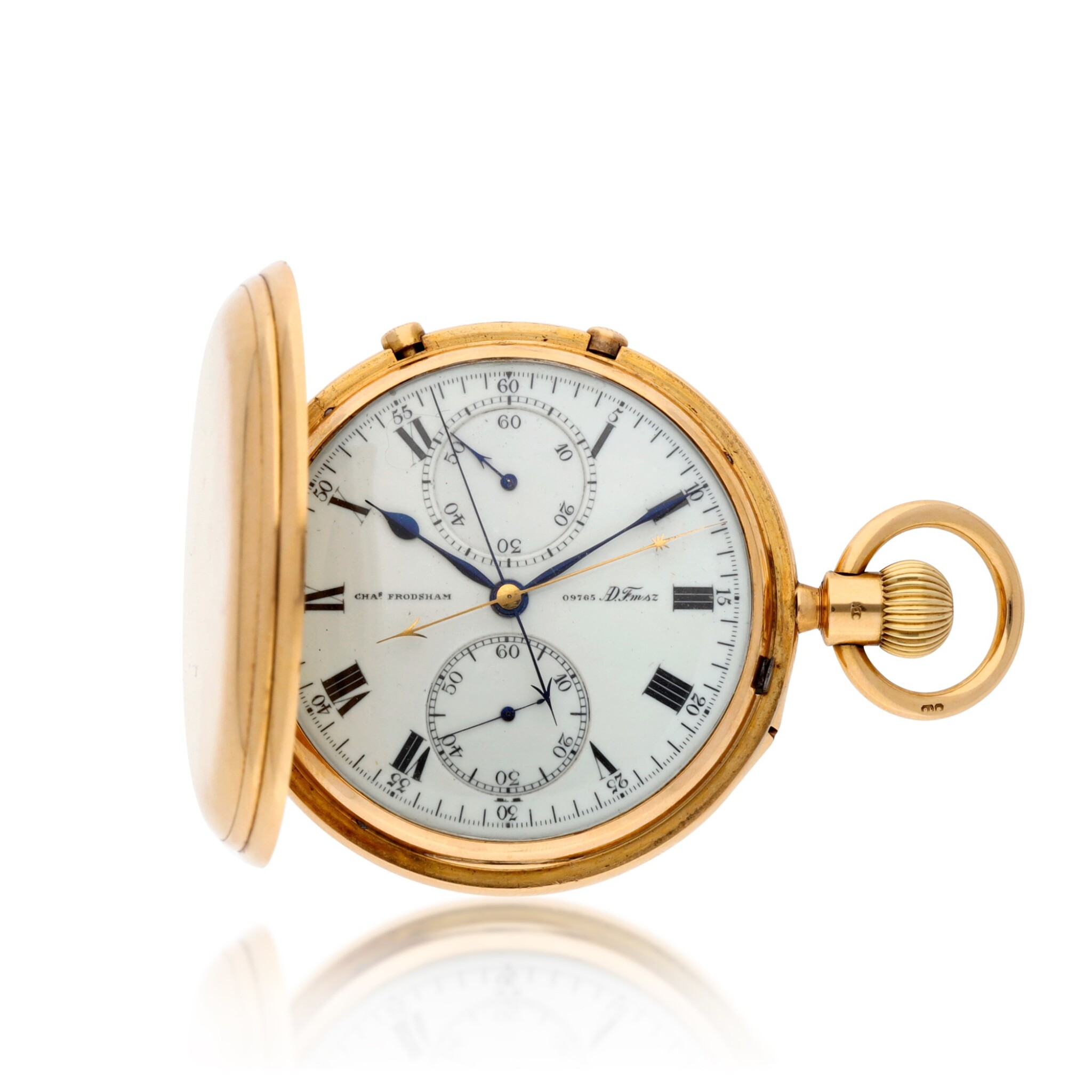 Movement running, the start and stop button for the chronograph is not currently operating but the split button splits and re-joins the chronograph hands. Hour and minute hands are setting smoothly.

Dial: appears to be in good condition.

Case: with signs of light polishing, some small marks and scuffs.

It would appear that this is currently the only known example of a split seconds chronograph watch by Frodsham with a 7 1/2 minute flying tourbillon carriage. Interestingly the case dates to 1904 yet the address engraved to the backplate is one that Charles Frodsham & Co. moved to in 1915, and the serial number of the movement would suggest a date of completion in c.1917. The disparity in date suggests that the case was re-used by Frodsham; such re-use of a high quailty case is not unheard of - another such disparity of case and movement is known for a further Frodsham of similar serial date to the present piece. As the Frodsham workbooks for this particular period are lacking and no Kew examination was originally undertaken for the present watch, it is not possible to shed further light on this watch's early history.

We would like to thank Charles Frodsham & Co. for their help in the research of this piece.