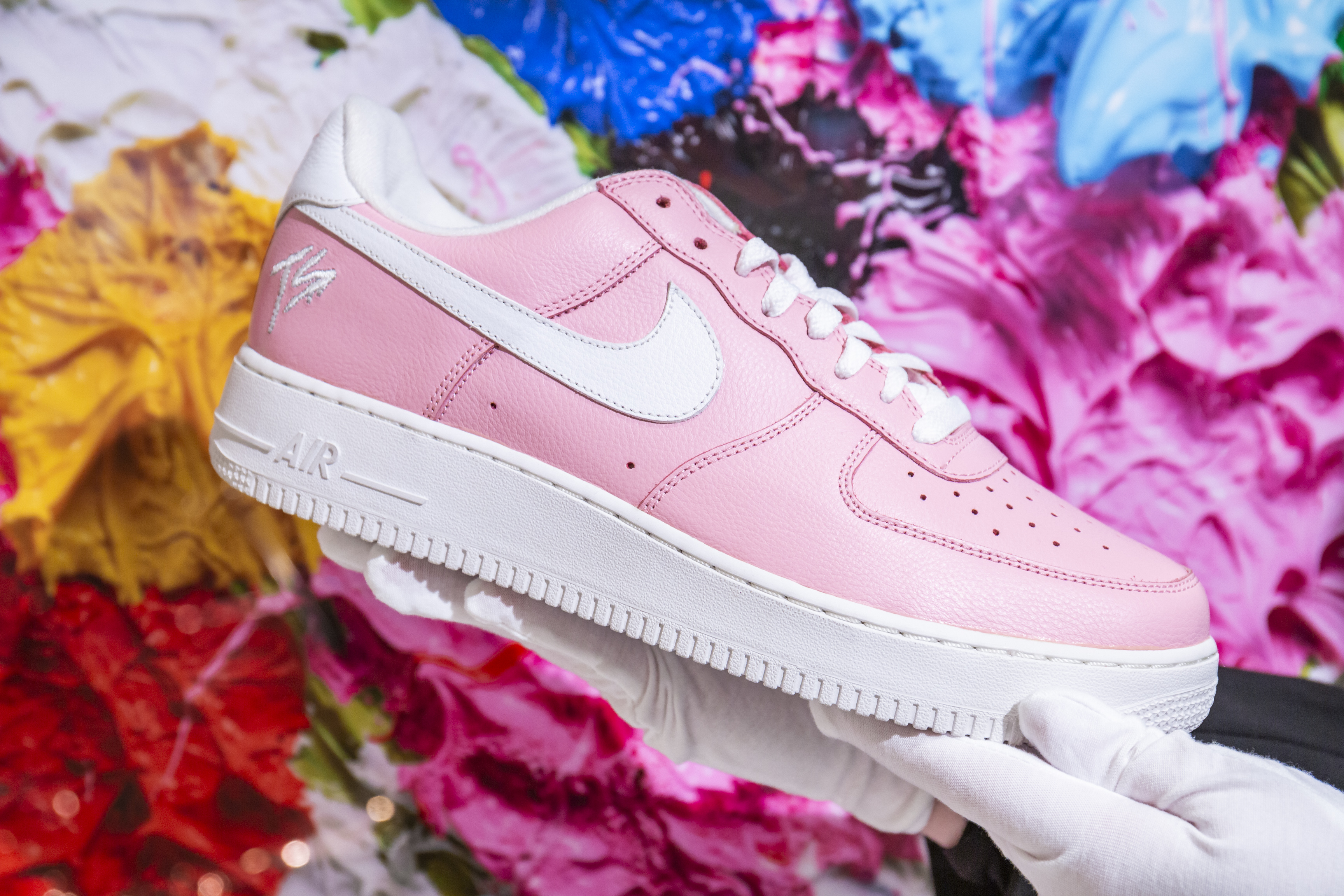 An incredibly rare pair of promo Air Force 1s designed in 2004 for hip hop artist and Bronx legend, Fat Joe. The customized baby pink colorway features an embroidered white ‘TS’ at each side, which stands for ‘Terror Squad’, the name of Fat Joe’s music collective and clique. In an iconic MTV House of Cribs moment, Fat Joe famously licked the bottom of a deadstock Jordan from his collection. This led to a collaboration of Terror Squad promos with Nike, only a few of which were released to the public and in very limited quantities. This particular pair was never released and is one of only a very few.