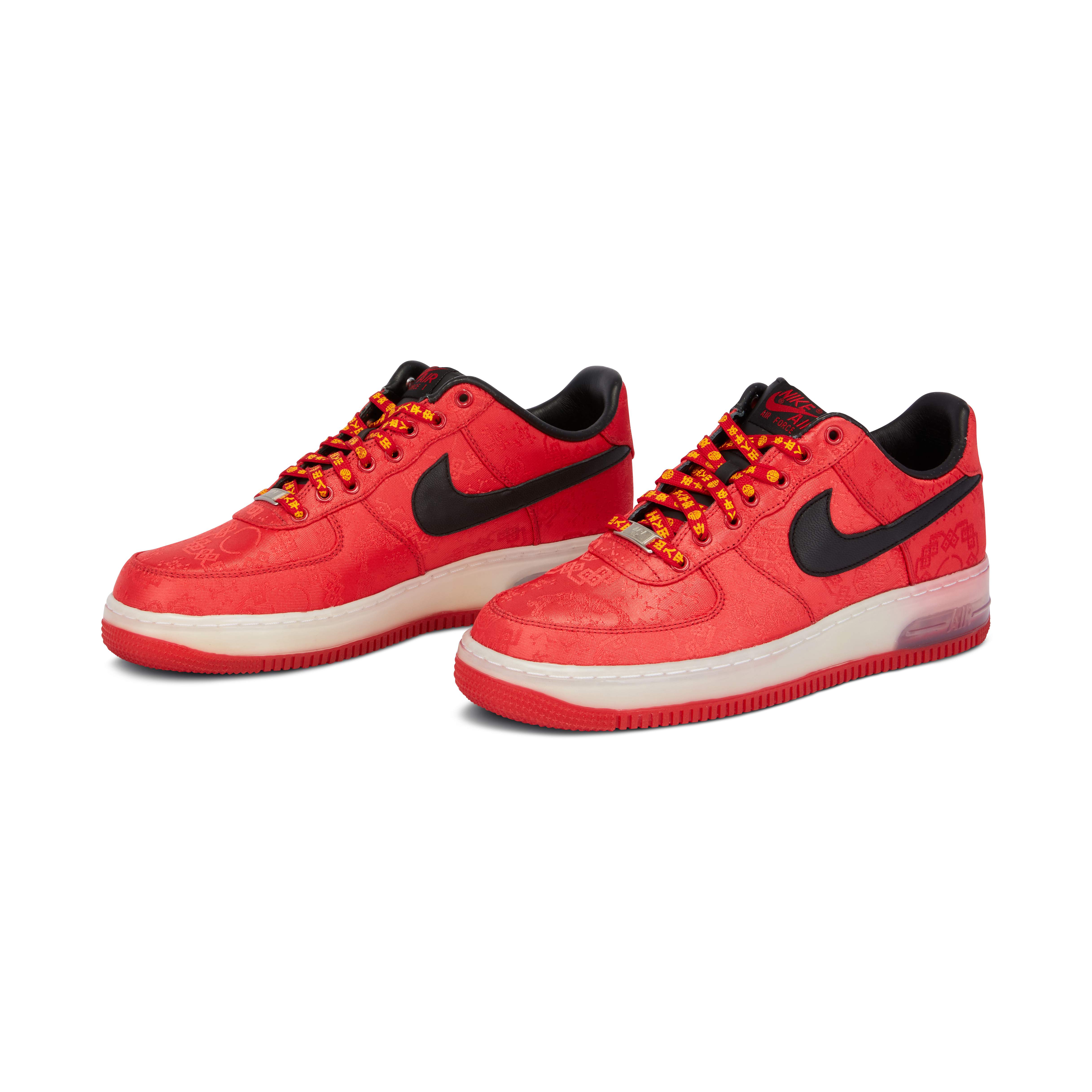 Nike’s 1World series first began in 2008 to re-imagine the AF1 through global collaborations with renowned innovators in the fields of sports, music, art and design. This model from 2009 is among the most coveted of all the partnerships and is extremely rare because of the limited release that was exclusive to Shanghai and Hong Kong.

CLOT co-founders Edison Chen and Kevin Poon’s design celebrated the Lunar New Year and reflects the brand’s Chinese roots. The unique build features CLOT Royale Deluxe red silk fabric that can be burned, cut, scratched, or torn to reveal dark brown leather underneath. CLOT has shared their intention behind the the double layer was a reminder to look beyond the surface and “search for what lies within.” Red symbolizes luck, happiness, and prosperity and is an integral part of Lunar New Year celebrations. The matching pattern of the silk and leather is inspired by thousand-year-old Chinese decorative designs.