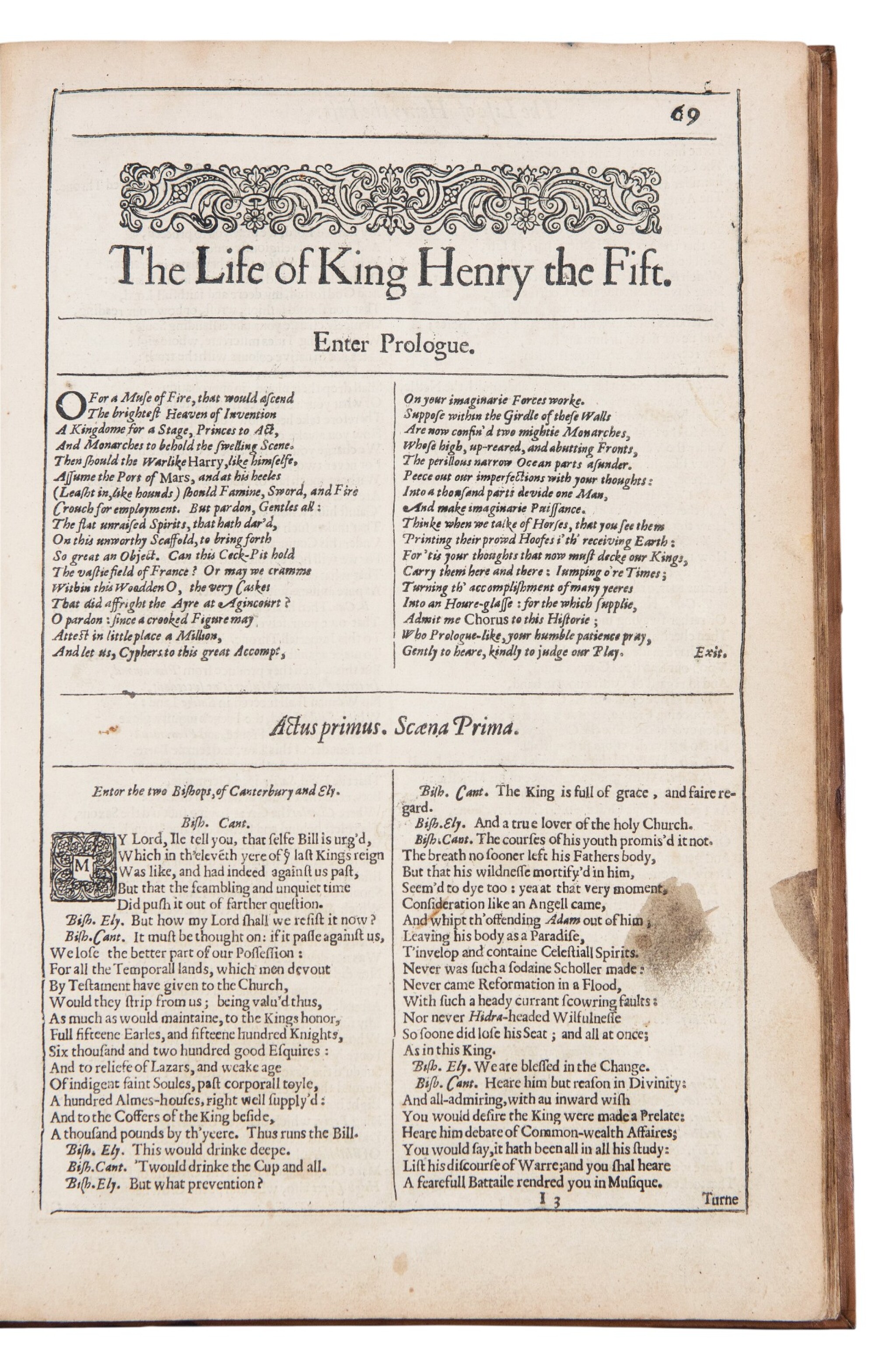 In Henry V, an insult from a French Dauphin pushes the King of England to invade France in order to claim what he believes to be his rightful throne. This play encompasses the events prior to and after the Battle of Agincourt during the Hundred Years' War.

The Shakespeare Folios have "an aura of book magic about them. For a bibliophile it is a volume devoutly to be wished for and rarely attained; to a library it is a crowning jewel of a collection. Shakespeare, indeed, is a name to conjure with. No lengthy explanations are needed; he is simply the most distinguished author in the English language" (Wolf).