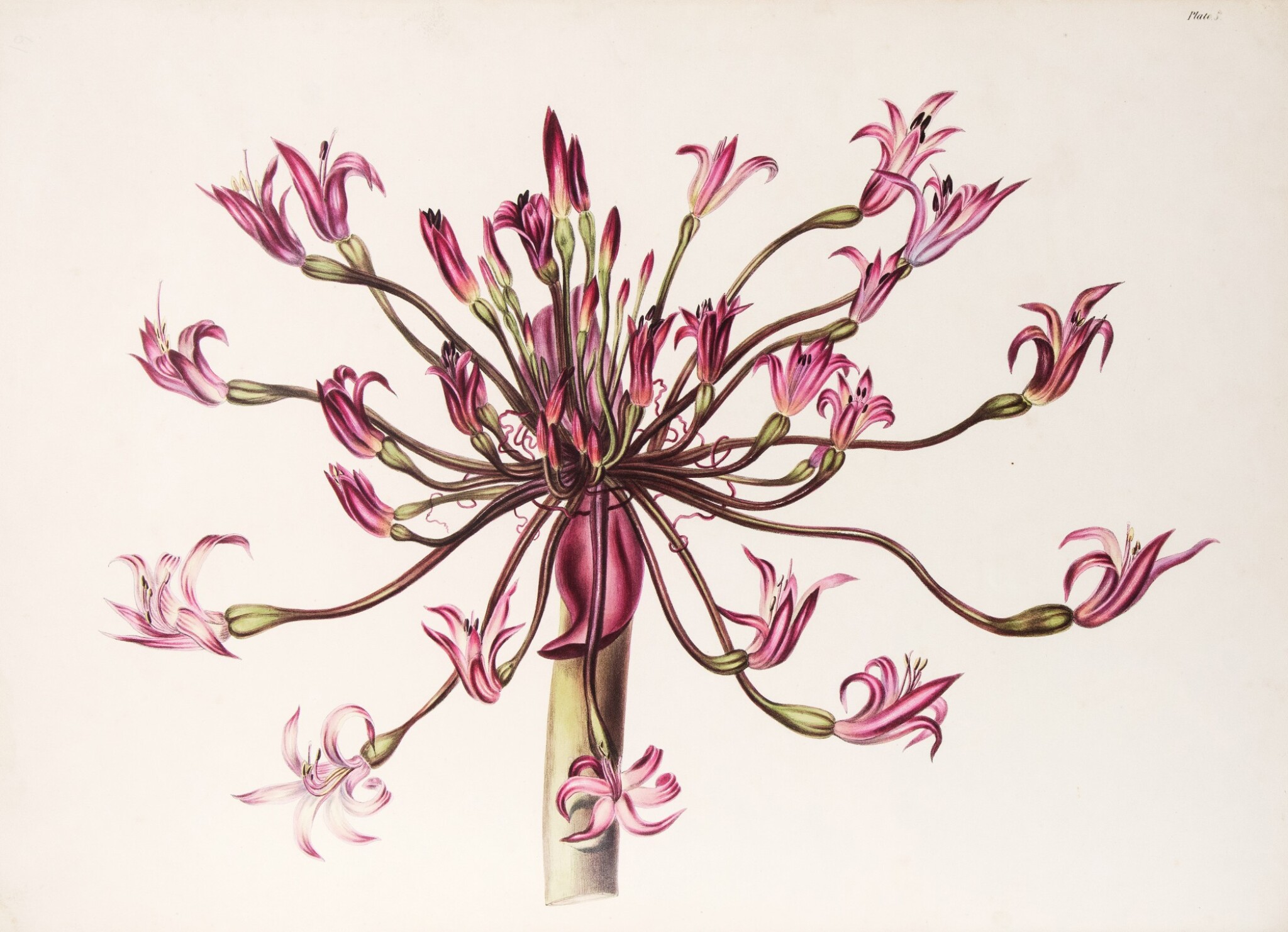 A rare work, beautifully illustrated with large scale images of the exuberant flora of the Cape of Good Hope

According to the subscriber's list, only 111 copies of this work were produced. The genesis of the work is described in the Preface: "The original drawings...were made from specimens collected at the Cape of Good Hope...during a temporary residence in that Colony...During their progress they happened to come under the observation and critical eye of Dr. [Nathaniel] Wallich (then also on a visit to the Cape), and under the encouragement derived from his approbation and with his sanction of their fidelity, the drawings were sent to England, and having been submitted to the inspection of Sir William Hooker, were likewise honoured by his favourable opinion, and it was at the joint suggestion and advice of these two distinguished botanists that they were ultimately placed in the hands of the eminent Lithographer Mr. P. Gauci. The very interesting descriptive remarks upon the plates were contributed by Professor Harvey of Dublin, whose intimate knowledge of South African botany has enabled him to confer a value upon the work, in which it would have otherwise have been deficient."

The identity of the artist was initially kept secret, but clues were given: the final tailpiece is an image of the only non-South African plant to be included, the Roupellia grata, which, according to Harvey, "forms an appropriate conclusion to this work ... [because of] the generic name it bears." The secret did not remain a secret for long: Wallich and Hooker disclosed, in print, the identity of the artist in September 1849, and later in April 1850.

Arabella Roupell (née Piggott) was the wife of Thomas Boone Roupell of the East India Company. She based her drawings on specimens collected at the Cape of Good Hope in 1843 and 1844. Dr. Nathaniel Wallich reviewed them and sent them to his colleague, Sir William Hooker, in London for further critique. Wallich and Hooker suggested that Roupell publish them, and recommended P. Gauci as the lithographer. Professor William Henry Harvey provided the descriptive text. The final image in the work, Roupellia grata, was named in honor of various members of the Roupell family (including Arabella Roupell and her husband, his grandfather Charles Roupell of Charleston, and Dr. Roupell of London) by Wallich and Hooker.