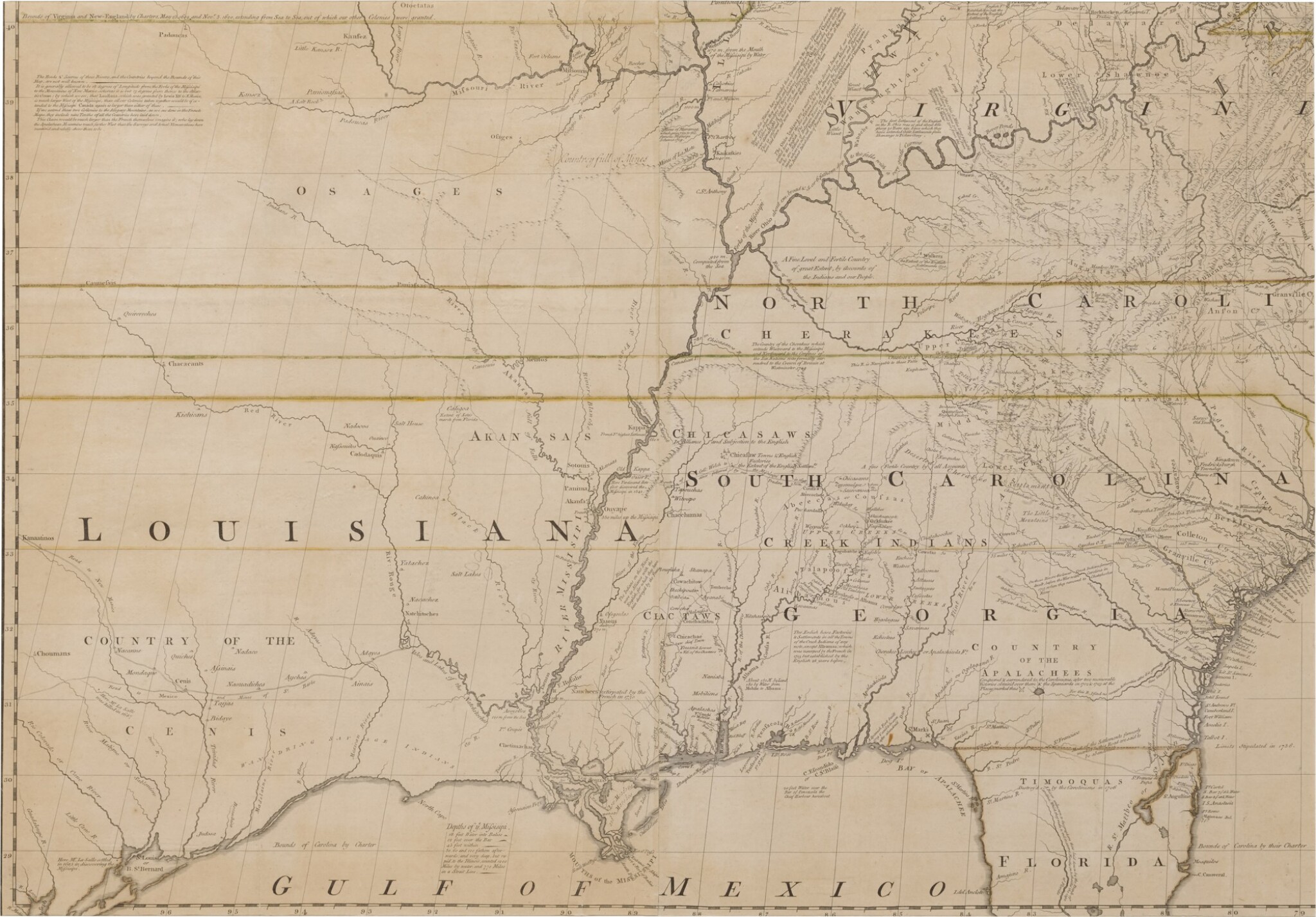 A Map of the British and French Dominions in North America. With the Roads, Distances, Limits, and Extent of the Settlements,... [London: Published by the Author and sold by Andrew Millar, 1755, but later]

Large engraved wall-map on 8 sheets joined into 4 sections, each section framed separately, totaling 1980 x 1420 mm, handcolored in outline, framed and glazed, some paper toning, some fraying and minor restoration along joins with occasional repairs to sort closed tears. Not examined out of frames.

Twenty-one editions and impressions of the map appeared between 1755 and 1781. The present impression add Worchester and the title has not yet changed "Dominions" to "Colonies," but text tables have been added in the Atlantic, and the removal of Millar from the imprint.

"Mitchell's work is the most important map in North American colonial history. Diplomatically, it was the basis for territorial boundaries drawn in the treaties concluding the French and Indian War and the American Revolution. Geographically, it incorporated knowledge derived from the analysis of reports, journals, and maps available in the files of the British Board for Trade and Plantations. Its numerous legends and notes on Indians, settlements, and trails still provide a valuable source for historical and ethnological study". John Jay used a copy of the third edition during the negotiations of what would become the Treaty of Paris (1783). It continued to be consulted in boundary disputes throughout the eighteenth and nineteenth centuries, and even into the twentieth. It was used in the Webster-Ashburton Treaty of 1842, the Quebec boundary definition of 1871, the Canada-Labrador case (1926) and the Delaware-New Jersey dispute (1932), among others.