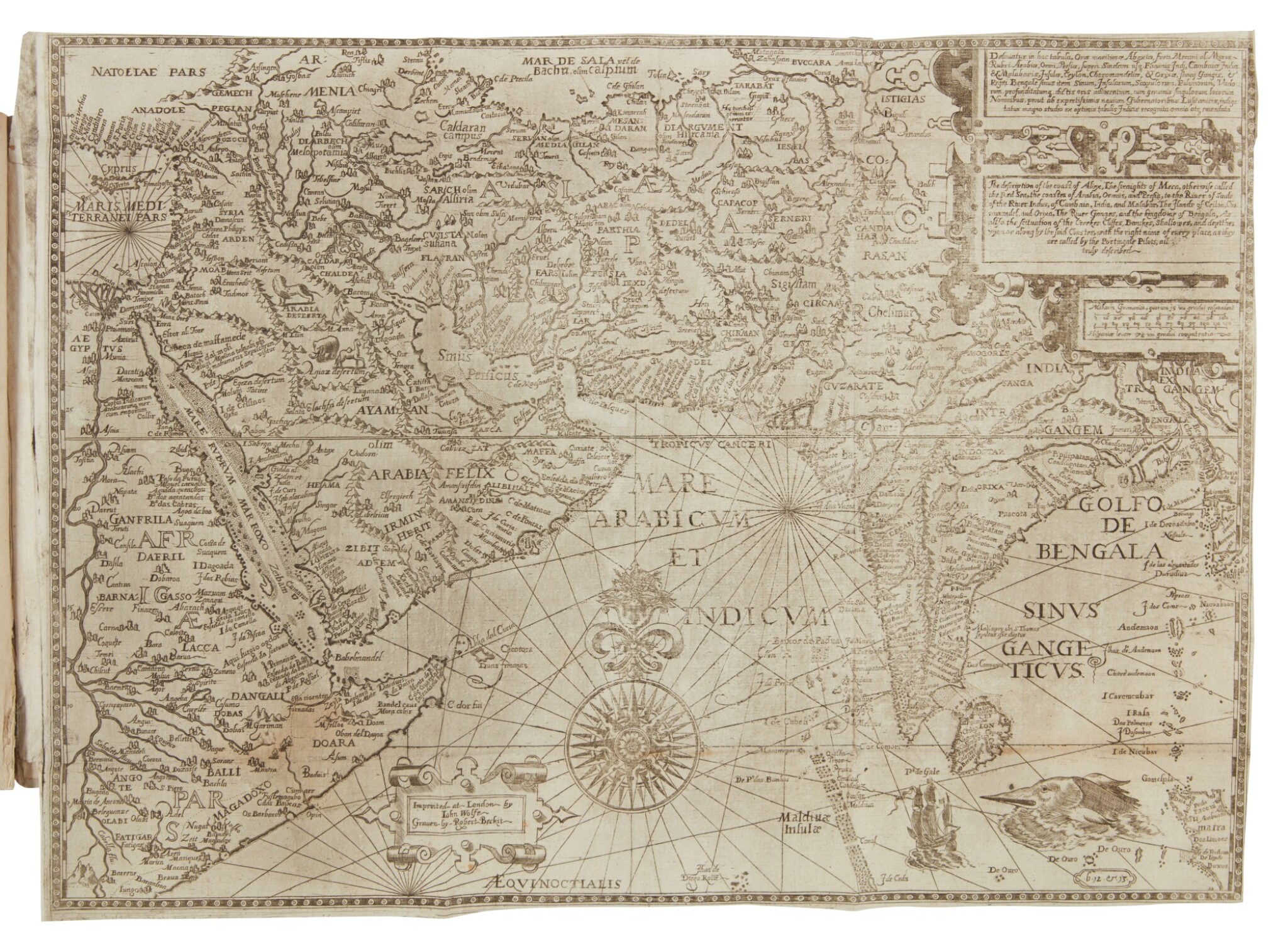 His Discours of Voyages into ye Easte & West Indies. London: By [John Windet for] John Wolfe, [1598]

First English edition and first edition in English, translated by William Philip from the Dutch first edition of 1596. "This is the first work outside of Portugal and Spain to provide detailed practical information on how to get to and carry on trade with America and India. The work was indispensable to sailors on the route to the Indies [and] served as a direct stimulus to the building of the vast English and Dutch overseas empires" (Streeter).

A very good copy preserved in its original binding, with all the plates and maps as described in the Church catalogue, which more than a century already noted that the English edition of Linschoten is "rarely found in good condition, with all the maps."

Sir Joseph Radcliffe, Bart., Redding Park (armorial bookplate) — Sotheby's New York, 2 February 1985, lot 55 ("Property of a New York Collector") — Pine Tree Foundation of New York (From the late 1960s until his death in 2009, Charles J. Tanenbaum was an enthusiastic collector of 18th-century American books and maps. He not only enjoyed these himself, but took special delight in sharing his knowledge about them with others, especially young people. At the end of his life, he created the Pine Tree Foundation, with the mission to support “bookish” projects with grants of varying amounts. The Foundation started operations in 2010, and since then has begun or contributed to a wide range of book-related initiatives. It supports pre-school and after-school literacy programs for K-12 students and has enabled the purchase of books for elementary-school libraries in underprivileged urban areas. It has also endowed several undergraduate, graduate, and post-graduate fellowships, including one for book conservation and several for the study of bibliography. Our hope is that the three items for auction today will find special homes. All proceeds from their sale will be added to the Foundation’s endowment in order to keep alive Mr. Tanenbaum’s dream of spreading the love of books and knowledge to readers of all ages.)