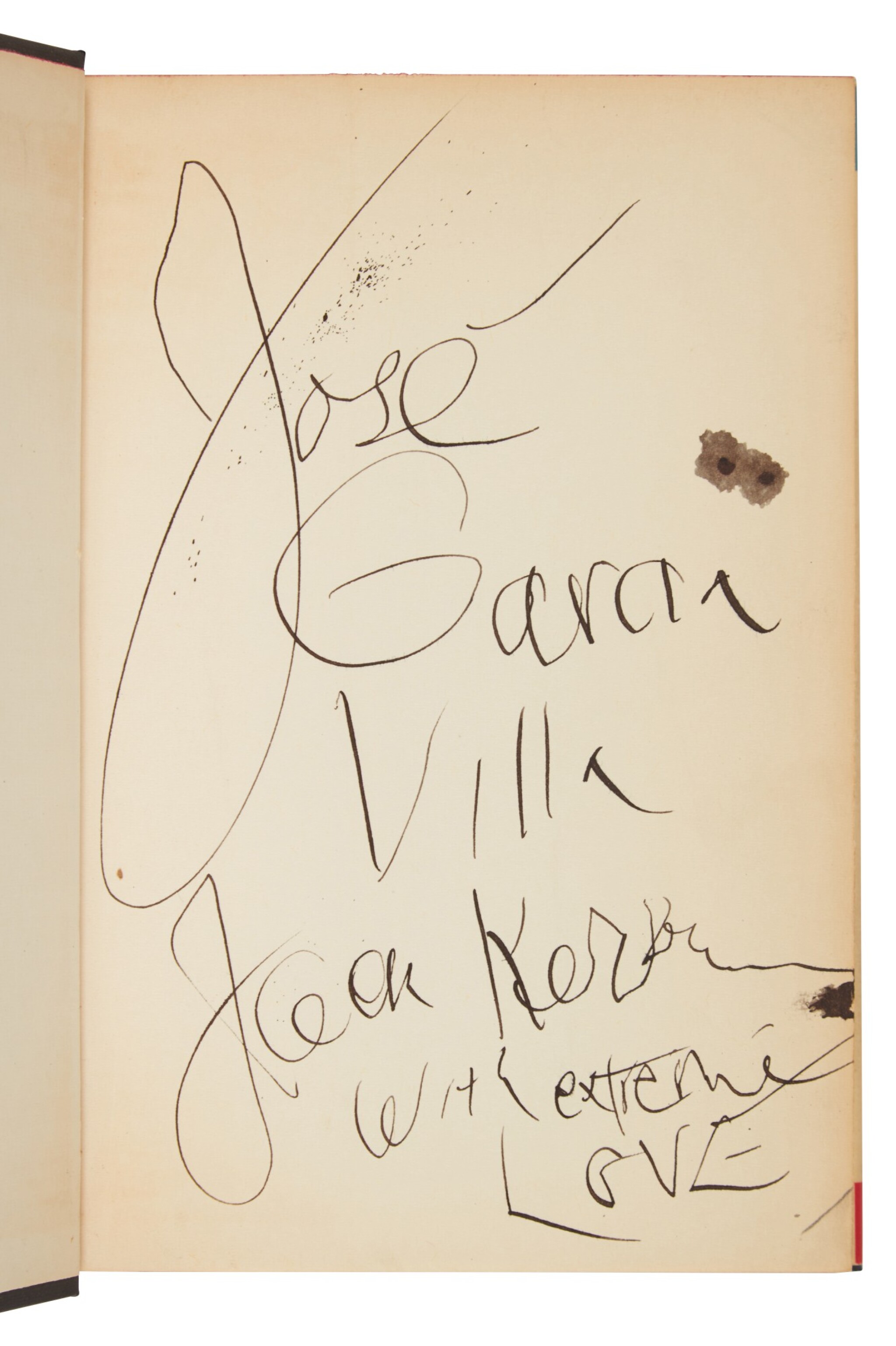 In 1947 Kerouac embarked on the first of five cross-country road trips, which became the basis for On the Road. In April of 1951, he typed the novel on sheets of tracing paper which he taped together; he spent the next six years revising the work. A landmark novel and a defining work of the Beat movement.

José García Villa was born in Manila in 1908, before moving to New Mexico to pursue his studies, and ultimately to Greenwich Village in New York City. There, he joined a community of modernist poets, including e.e. cummings, Marianne Moore, W.H. Auden, among others, and was affectionately known as "The Pope of Greenwich Village." He wrote his poems under the pseudonym Doveglion (a composite of dove, eagle, and lion) and was admired, according to Marianne Moore, for "the reverence, the raptness, the depth of concentration in [his] bravely deep poems." His 1933 story collection, Footnote to Youth: Tales of the Philippines and Others, was "the first work of fiction by a Filipino writer published by a major United States-based press."

Villa received "numerous honors and awards, including a Guggenheim Fellowship, a Philippines Heritage Award, a Poetry Award from the American Academy of Arts and Letters, a Rockefeller Foundation Fellowship, and a Shelley Memorial Award. In 1973 he was named a National Artist of the Philippines, and he also served as a cultural advisor to the Philippine government. He died in New York City on February 7, 1997.”