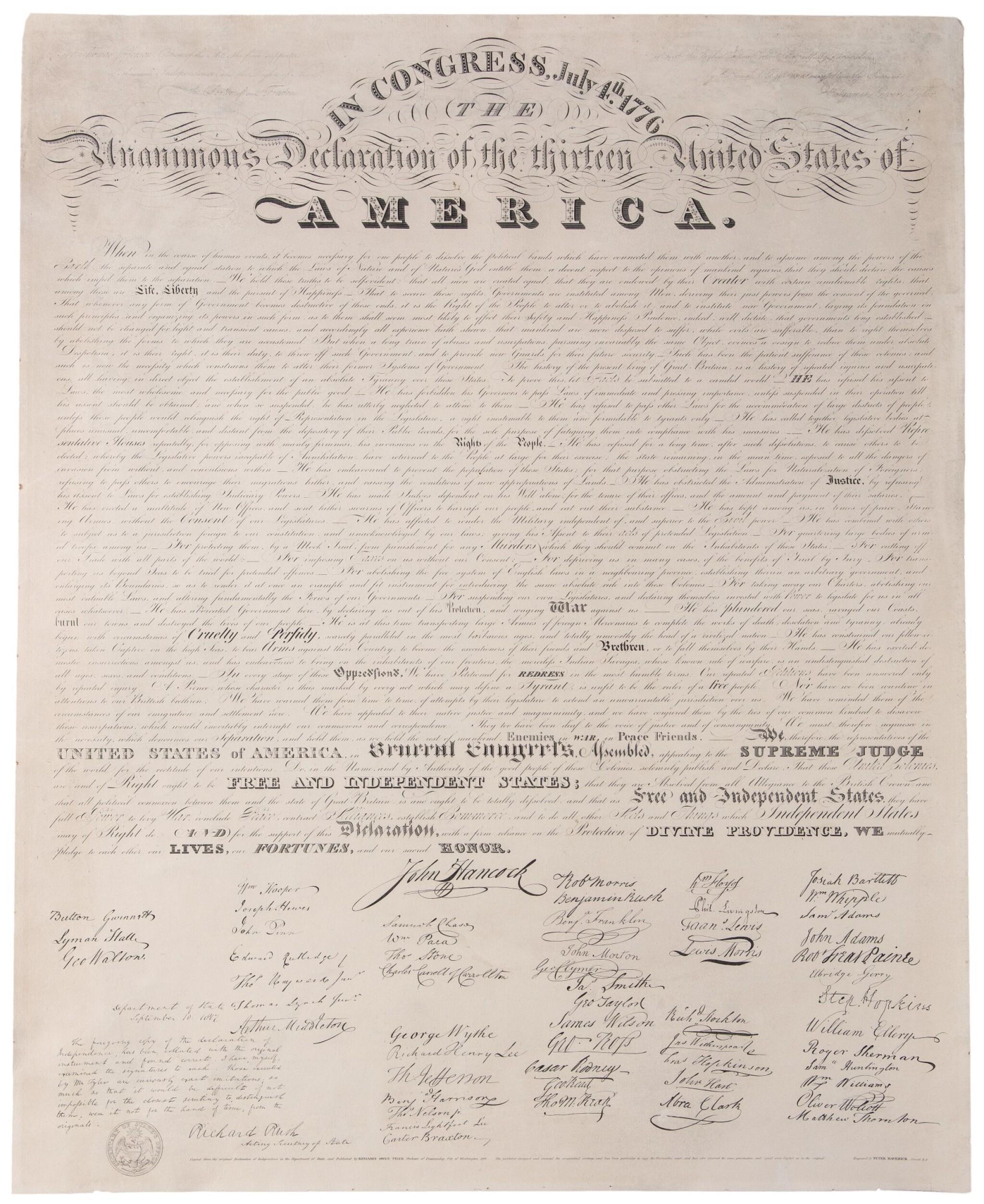 In the period following the War of 1812, Americans began to look back, for the first time with historical perspective, on the era of the founding of the country. The Republic was now forty years old, and the generation of the Revolution, including the Signers of the Declaration, was passing. With nostalgia and curiosity, many Americans began to examine the details of the nation's founding. Among other things, such documents as the debates of the Constitutional Convention were published for the first time. Others revisited the Declaration—not the often reprinted text, but the actual document itself, then preserved in the State Department, discovering remarkable differences between the original and the published versions. First, the title of the document was different (the manuscript original was as given above); secondly, the names of the Signers, now revered as the Founders, were omitted in all the published versions. It seemed extraordinary that the document, as created, was unknown to Americans, when the text was so central to the national identity.

Benjamin Owen Tyler, a writing mater, decided to create a calligraphic version of the Declaration, giving the title and text exactly as it appeared in the original manuscript (although not directly copying its format), and then recreating exactly the signatures of the Signers as they appeared on the original. This he did to a remarkable degree. John Bidwell notes: "Tyler...retained every stroke and nuance of his models, preserving their proportions, stress, and weight...so convincing are his signatures that they masquerade as the originals in a recent book on American autographs...." Tyler won the endorsement of Secretary of State John Quincy Adams and, more importantly, that of the author of the Declaration, Thomas Jefferson, to whom his edition is dedicated. The Tyler facsimile was published on paper at five dollars, or on vellum at seven dollars. Only three copies on vellum survive. This is one of the copies printed on paper.

Please note, the description for lot 61 has been updated to the following: Engraved broadside (760 x 612 mm). Printed on paper, by Peter Maverick of Newark, New Jersey, after Tyler; primarily marginal expert restoration, most prevalent to upper margin, tiny hole just touching one letter.