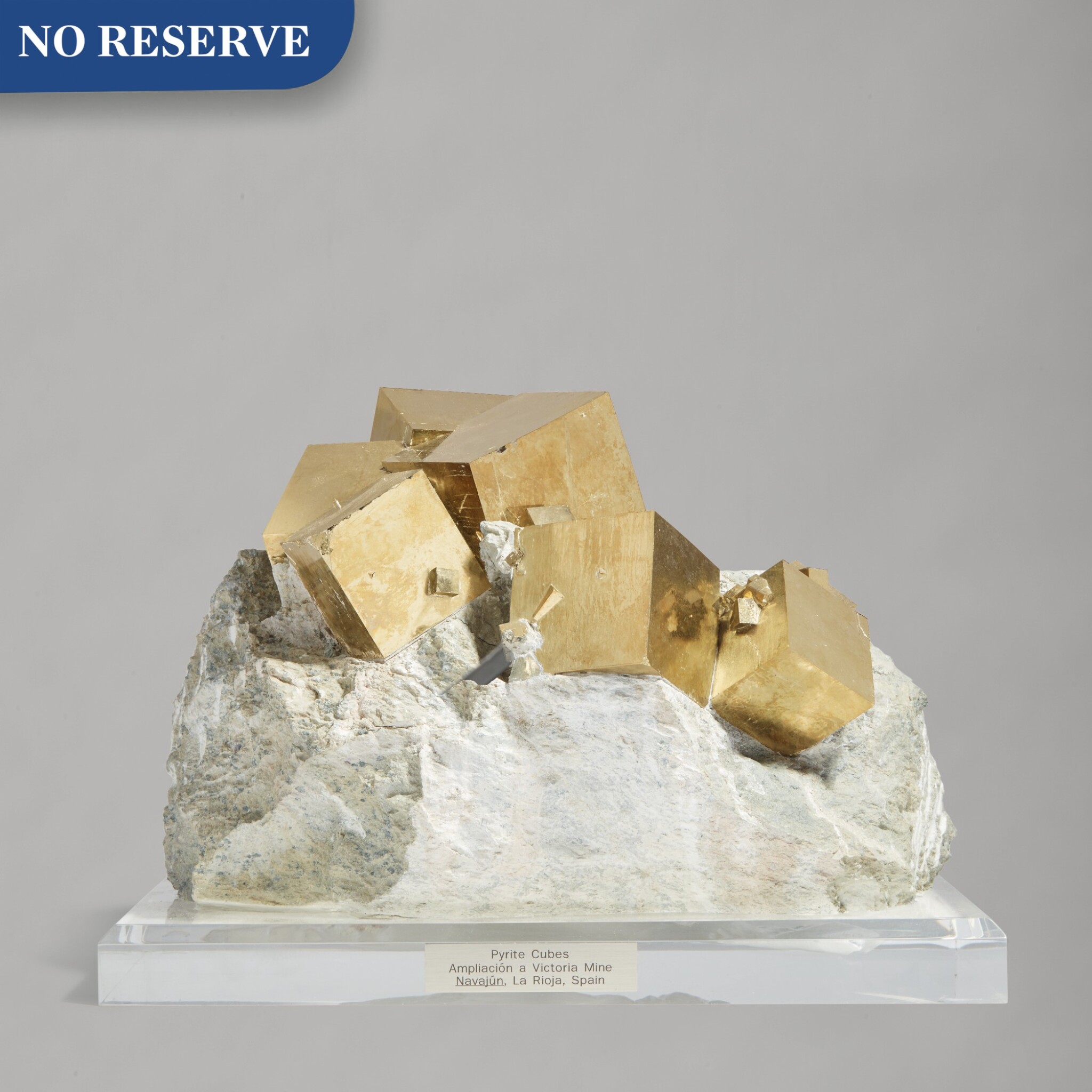 Iron Sulfide (FeS2), well known as the infamous “fool’s gold” and a prime commercial source of both sulfur and iron, is highly coveted by collectors intrigued by the lustrous, cubic and complex modified crystals that form both alone and in association with other minerals in rare conditions. Notable discoveries include Navajun, Spain and the Huanzala deposit in Peru, both very well represented in this collection.

The extraordinary pyrite deposits of Navajun have been known and worked since at least 300 B.C. when the ancient local inhabitants prized the perfect golden cubes for their purported magical powers.