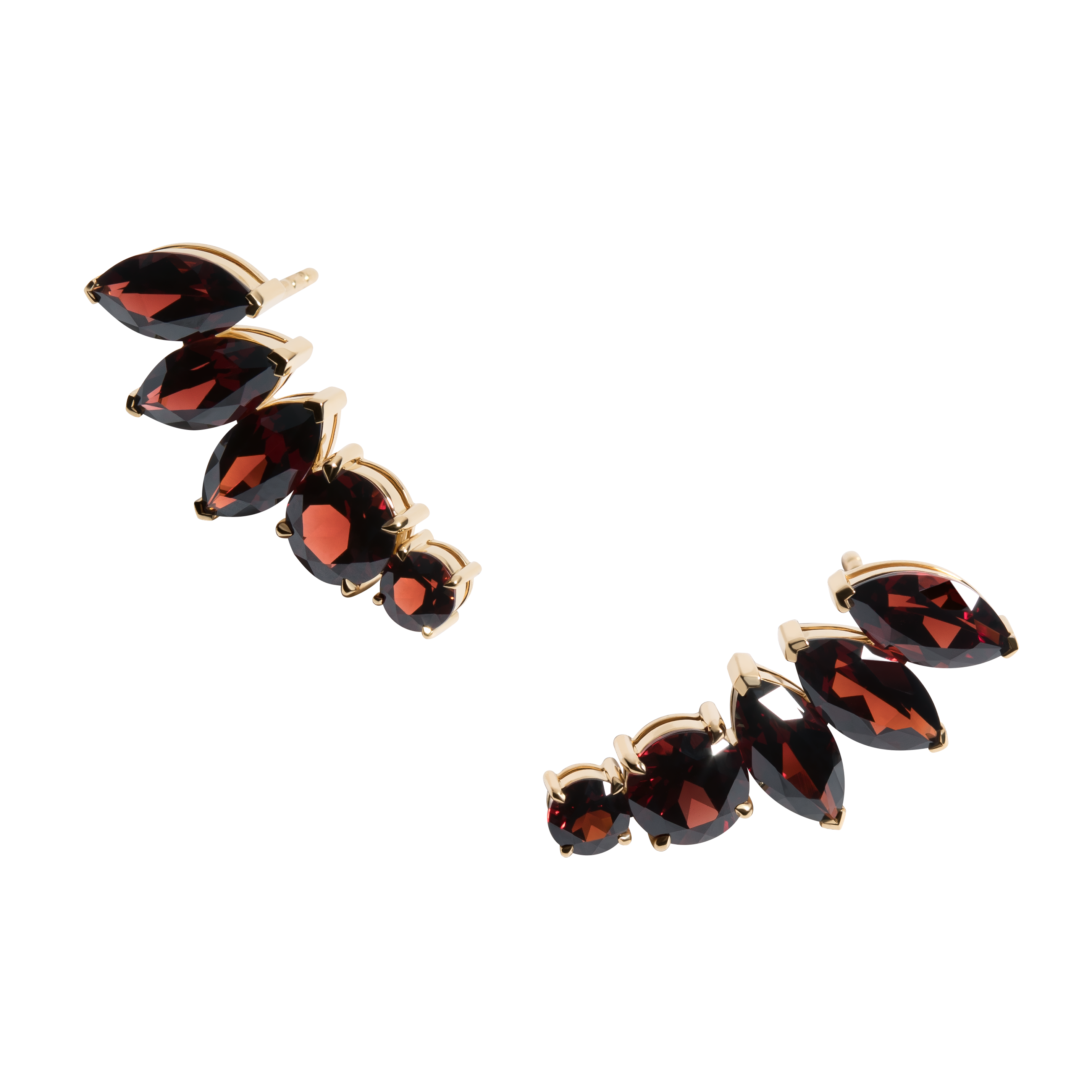 Of sculptural design, set with round and marquise-shaped red garnets.

The Isadora Red Garnet Gemstone Earrings by Angie Marei feature brilliant round and marquise-cut pomegranate red garnet gemstones in hand-crafted 18 karat gold prong settings. These earrings can be worn dangling down or as ear crawlers.

Inspired by the decorative and bejeweled hair combs of the Art Deco era as well as Kanzashi Japanese hair ornaments (that in some instances were designed to also be used as defensive weapons). The Isadora Jewelry Collection began with the Isadora Spiked Earcuff featuring long spikes that curve upward onto the wearer's hair.

The name of the gemstone "Garnet" comes from the Latin word for jewel-like pomegranate seeds "granatum". Used as an ancient Egyptian talisman, Garnet was used for protection and to promote good health, and fertility. Today the Garnet is known as the January birthstone.