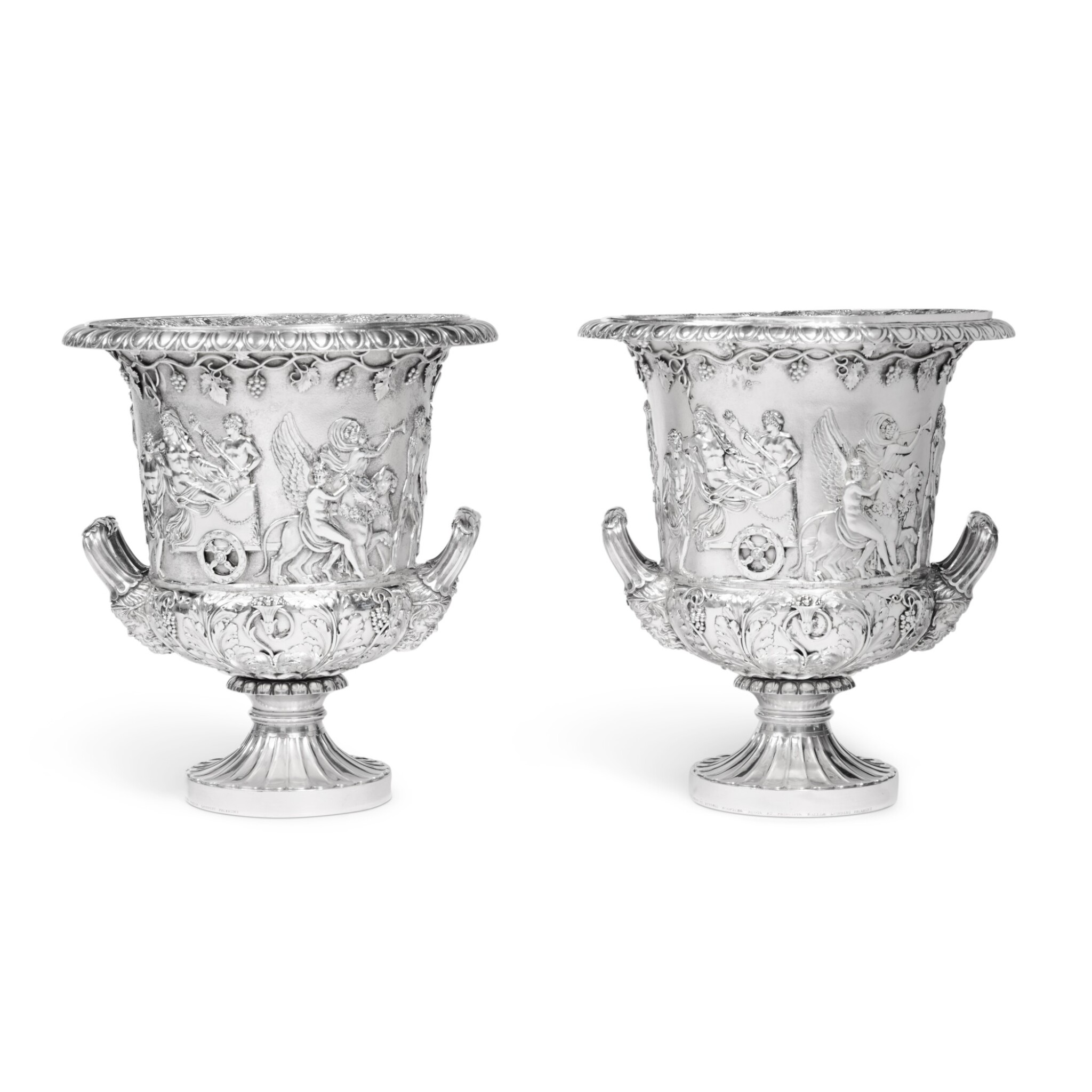 of heavy weight, campana form cast with Bacchic frieze of chariots and drunken Silenus, edged by grapevine and acanthus, handles springing from satyr heads, each engraved behind one handle at base of scene "A.D. 1811", crested on grapevine rims, silver liners, and underneath foot

marked on bases, rims and liners, numbered throughout 5 and 6, base rims stamped with the Latin signature of Rundell's

#5 with two leaves and part of another lost from grapevine below rim; minor scratches and dings from use, especially to plain foot rims; traces of lacquer in the depths of some of the chasing, maker's mark very light on liner #5; inner edge of rim # 6 a little uneven, otherwise good, heavy and decoration crisp, strong model

The form, calyx and handles of these wine coolers come from Piranesi's depiction of the Medici Krater in Vasi, Candelabri, Cippi, Sarcofagi (1778). However, the Triumph of Bacchus frieze decorating the body is derived from a Roman sarcophagus in the Vatican Museum, which was published by E. Q. Visconti in Museo Pio-Clementio in 1782-1802 (see D. Udy, “Piranesi’s ‘Vasi’,’ the English Silversmith and his Patrons,” Burlington Magazine, December 1978, pp. 828-29).

Storr's workshop is known to have had Piranesi engravings and it seems likely that the workshop or Rundell’s also had Visconti’s work. These coolers relate directly to a design in the Rundell’s sketchbook - “Designs for Plate by Jonathan Flaxman, etc.” in the Victoria and Albert Museum - produced either by John Flaxman or William Theed (see C. Oman, “A Problem of Artistic Responsibility,” Apollo, March 1966, pp. 174-83).