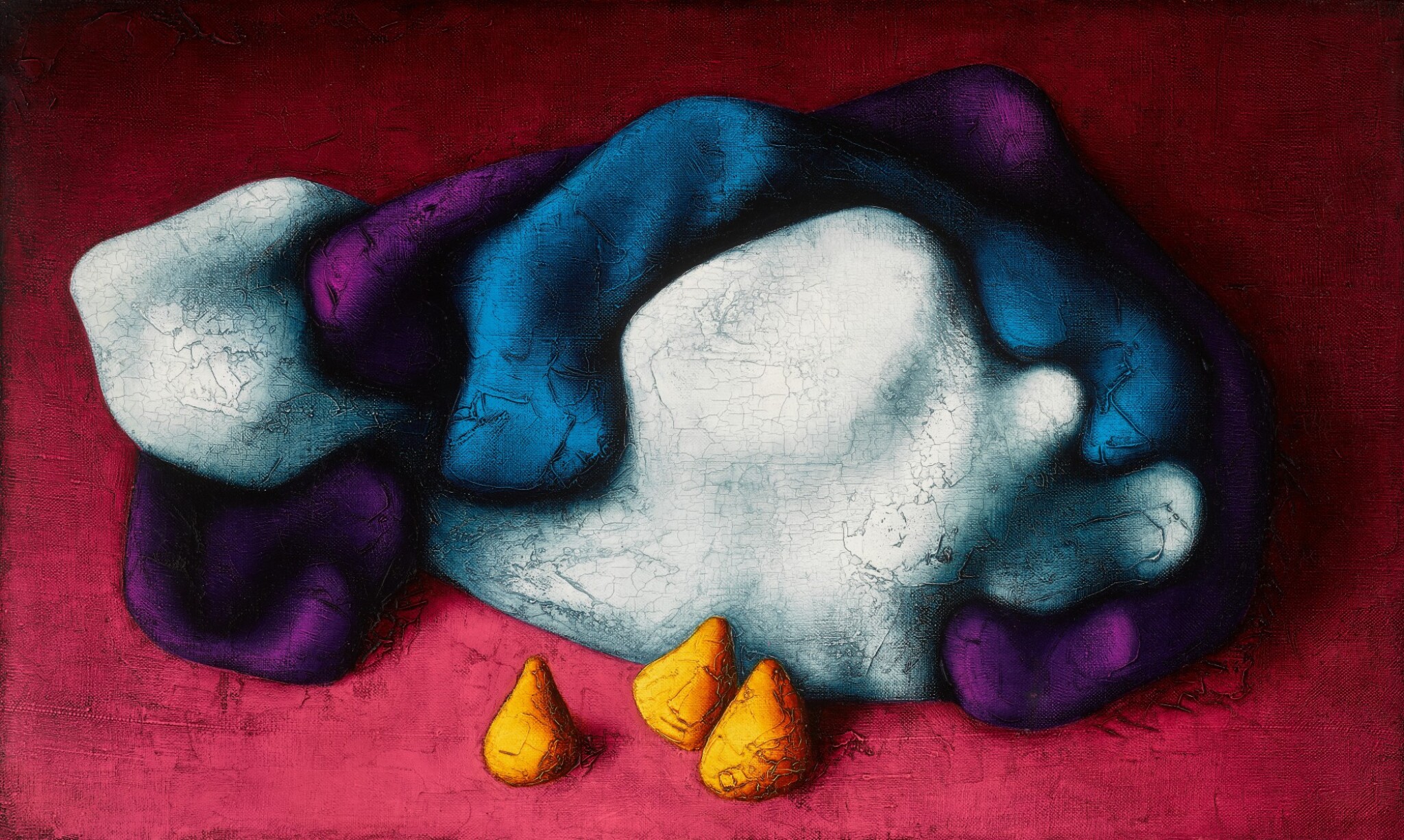 Original canvas. There is paint shrinkage to the white areas and to the pears as well as very fine craquelure in places. The surface is covered in a light layer of surface dirt. Inspection under UV light reveals no obvious signs of retouching. Held in a tray frame. Unexamined out of frame.

Instantly recognisable, the art of Oleg Tselkov occupies its own distinct space. Although it is possible to trace influences in the vivid, often primary, colours of Russian folk art or in the monumentality and metallic sheen of Malevich’s peasant figures, Tselkov has a style and aesthetic that is all his own. Even in as disparate and loosely-affiliated a group as the Soviet non-conformists, he was always the slight outsider. Figurative and not overtly political, his paintings deal with the eternal condition of man rather than the specifics of the post-war Soviet experience.

The present work was created in 1978, just a year after Tselkov’s forced emigration from the Soviet Union to France. The work is filled – with the exception of fruits occupying the foreground – with semi-abstract, anthropomorphic forms escaping exact categorisation, perhaps alluding to the artist’s own quest for self-determination following his emigration.