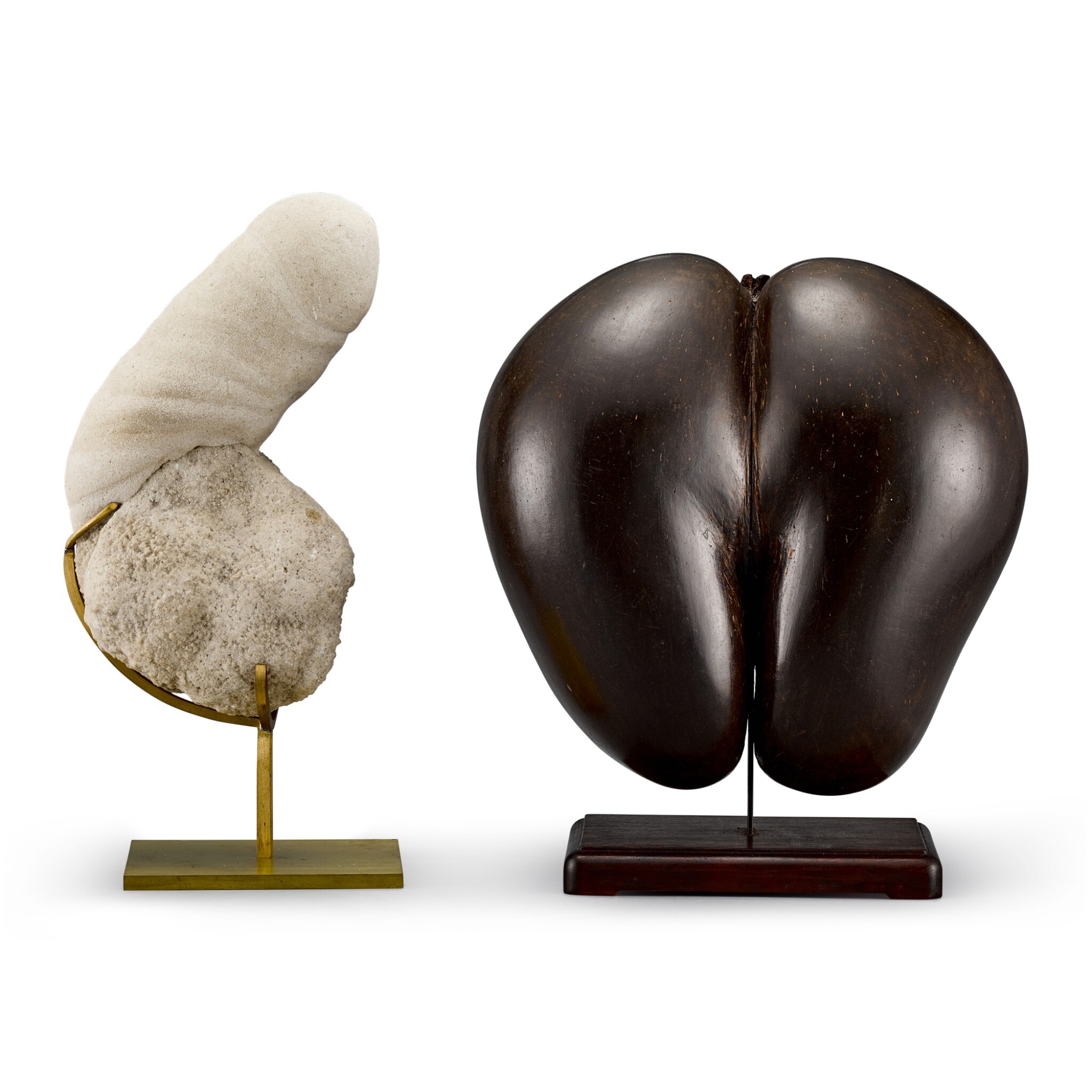 Both in overall good condition. Minor surface scratches to the coco de mer.

A gogotte is a millions-of-years-old naturally shaped mineral rarity consisting of tiny quartz fragments held together by calcium carbonate. These bizarre sandstone formations from Fontainebleau in France, which inspired the Surrealists, can also be viewed today in the Versailles gardens. Louis XIV of France, known as the Sun King, commissioned similar gogottes to be excavated for his gardens. The ornately rounded, scrolling formations — somewhat Baroque in design — have been restored to their original state surrounding the mysterious Grove of the Three Fountains designed by Le Nôtre in 1677. A particularly well-preserved example of a sandstone concretion is on display at the Smithsonian Institution National Museum of Natural History in Washington DC.

Known as the largest seed in the world, the coco de mer is unique to two Seychellian islands, Praslin and Curieuse. It takes six to seven years to mature, and another two years to germinate. Prior to the discovery of Seychelles, it was believed that coco de mer were grown on mythical trees at the bottom of the sea, as these mysterious nuts were sometimes carried by the ocean currents to distant shores. In the 16th century, there was a fashion amongst European aristocrats to clean and decorate the shells of these hollowed nuts with precious jewels.

In light of the characteristic yonic form of the coco de mer seed resembling a female buttock, there had been abundant fanciful associations with the nut historically, as reflected in one of the plant's archaic botanical names, Lodoicea callipyge, meaning 'beautiful rump' in Greek.