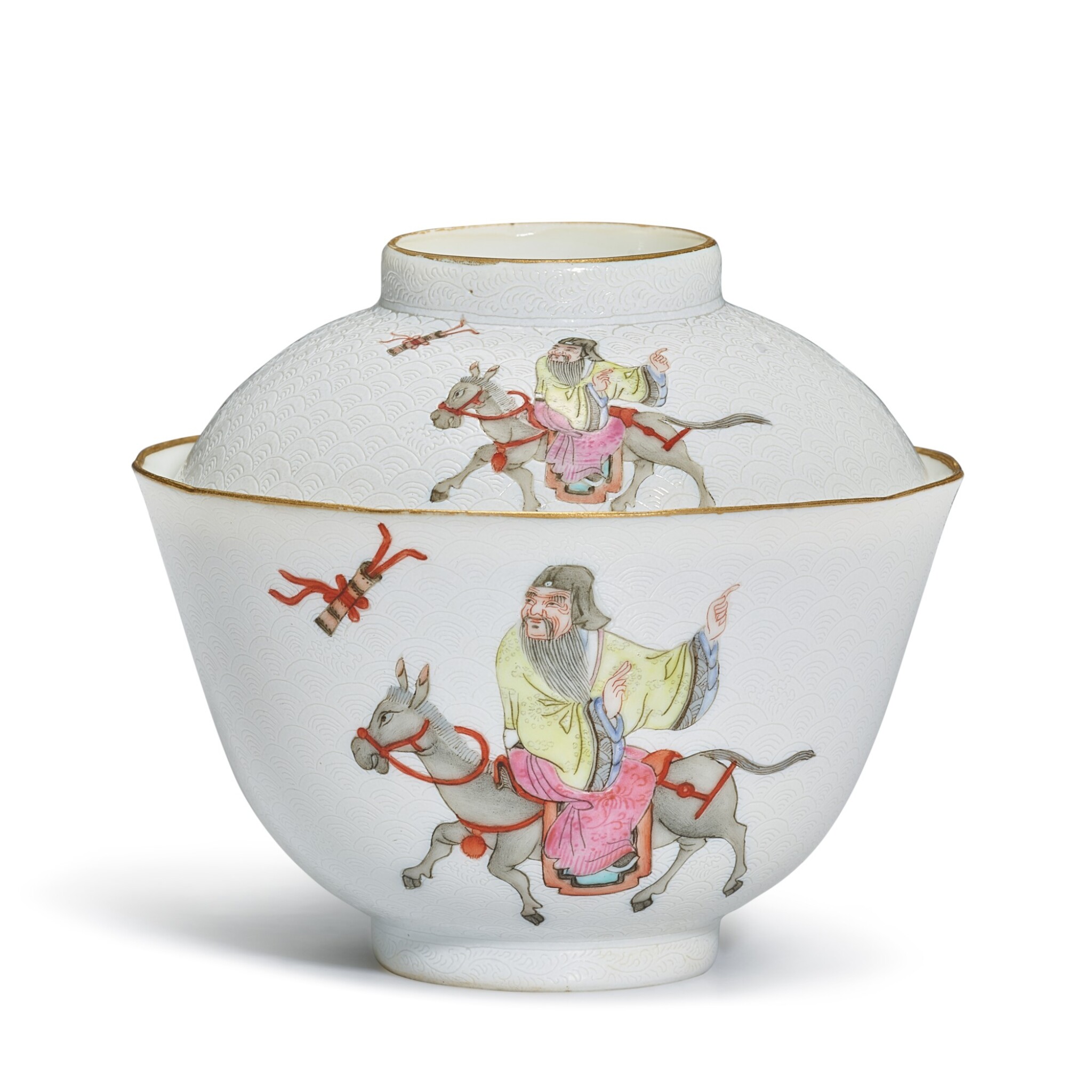 Seal marks and period of Daoguang

In very good condition, with only expected minimal rubbing to the gilding and surface wear. The enamels are very well preserved.

The form of this piece, with its cover that sits inside the rim of the bowl, appears to have been favoured in the Qing dynasty. It allowed the tea leaves to be caught against the edge of the cover when the tea was sipped with the cover carefully held in place using the ring knop. During the Qing, many of the tea traditions that were established by the Hongwu Emperor (1368-1398) of the Ming dynasty were continued, such as the use of tea leaves rather than tea cakes or ground tea. While many of the utensils did not change as a result, a greater assortment of shapes and designs evolved with the flourishing porcelain production and stylistic trends of the time. Compare a Qianlong mark and period sgraffiato decorated white-ground bowl enamelled with dragons and phoenix in iron red, in the Palace Museum, Beijing, published in Kangxi, Yongzheng, Qianlong. Qing Porcelain from the Palace Museum Collection, Hong Kong, 1995, p. 332