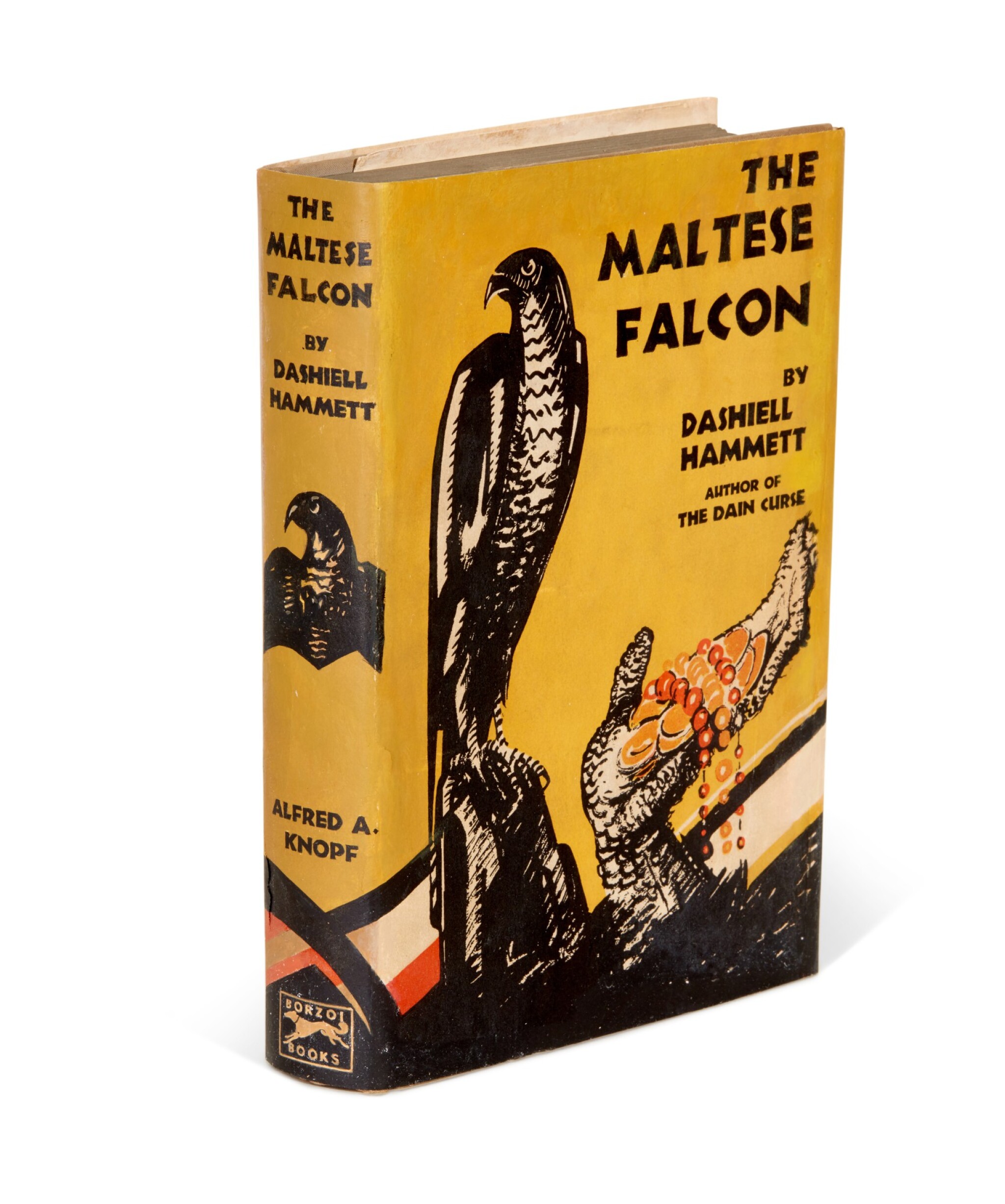 Arguably the most influential American detective novel ever written and the basis for the equally celebrated 1941 John Huston film adaptation starring Humphrey Bogart.

The dust-jacket blurb quotes Joseph Shaw, editor of Black Mask: "We want to go on record as saying that this story is a marvelous piece of writing - the finest detective story it has ever been our privilege to read in book form, in any magazine of any kind, or in manuscript..."