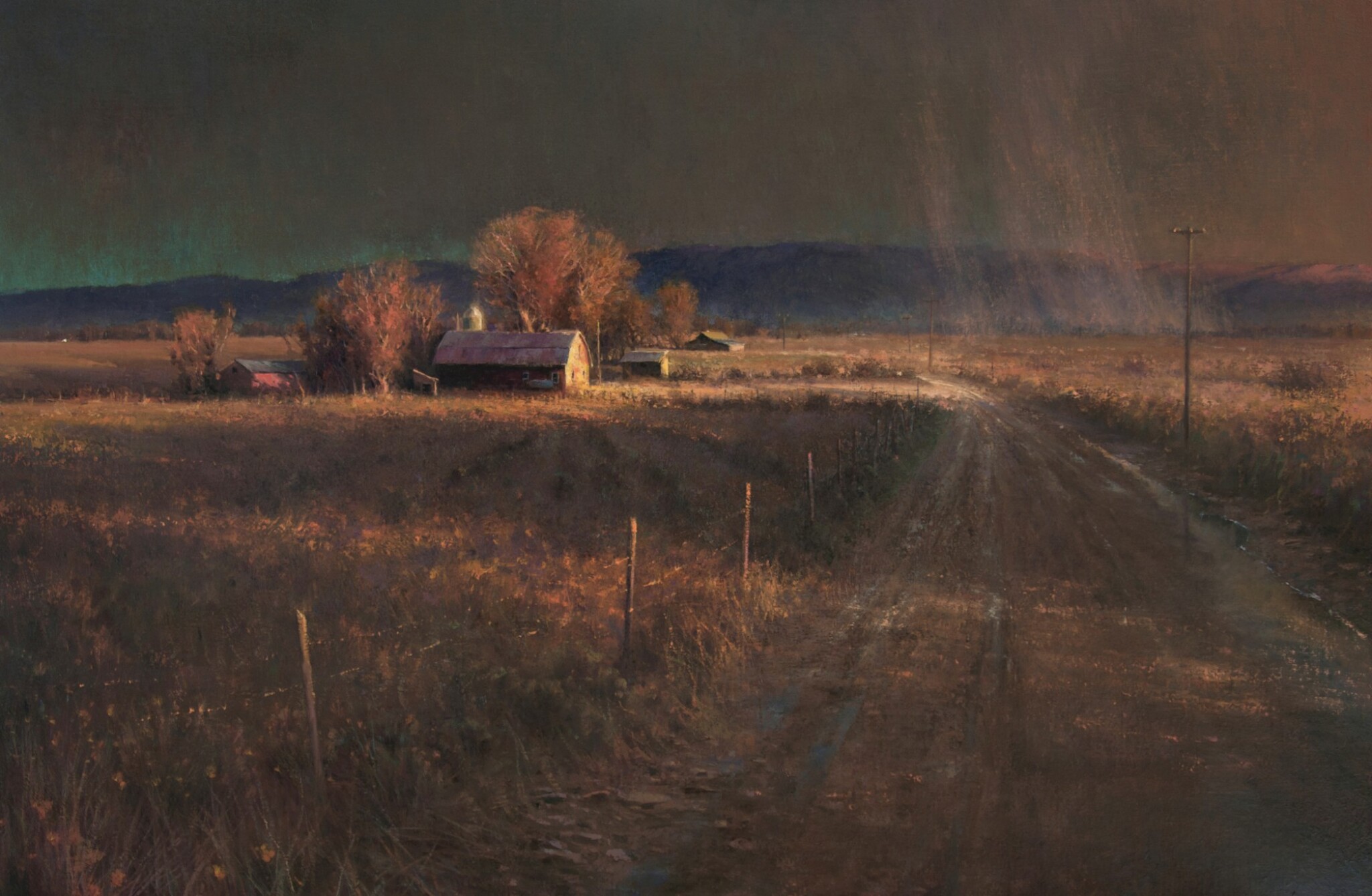 Born in Manila, Philippines, 1967, D. Eleinne Basa now calls the East Coast home, having immigrated in 1994 to the USA. Eleinne’s evocative landscapes have been shown in important invitational and juried shows throughout the country, such as “The Collectors Reserve” at the Gilcrease Museum in Tulsa , OK , the California Art Club’s “Gold Medal Exhibition and Sale” at the Autry National Center in Los Angeles, CA, the “On Location in Malibu Landscapes” show at the Frederick R. Weisman Museum in Malibu, CA, the “Settlers West Great American West” show in Tucson AZ, the “National Cowboy Museum Miniature” show in Tulsa OK, the CM Russell Museum in Great Falls, MT, and the Brinton Museum in Sheridan, WY. In 2016, and 2018 she was invited to be part of the “American Masters Exhibition” at the Salmagundi club in NY, NY. She also has won multiple awards for her work, most notable is the $15,000 Grand Prize in the first Plein Air Salon hosted by “Plein Air Magazine” and the Art of the West Award of Excellence at the California Art Club Gold Medal show in 2012. Her work has also been recognized as a finalist in the 2014/2015, 2017/2018, 2019/2020, and 2020/2021 ARC Salon Competitions. In this most recent ARC Salon, she has garnered two awards, the Artist’s Library Award, for “Promise of a Rainbow,” and 3rd Place Landscape Award for her work of “Snow Moon.” Both of these works are participating in the 15th ARC Salon Exhibition at Sotheby’s NY and one work, “Snow Moon,” is traveling on to exhibit at the European Museum of Modern Art in Barcelona this fall.  She was awarded Best in Show and the Artist Choice Award at the 2018 “American Masters” show at the Salmagundi Club, NYC and People’s Choice Award at the 2018 “Inaugural American Tonalist Society Show” at the Salmagundi Club, NYC.

Her works have been featured in numerous magazine publications including “Fine Art Connoisseur,” “Plein Air Magazine,” where she has been on the cover in 2012, “Art of the West,” “Southwest Art,” “American Art Collector,” “Western Art Collector,” and “Western Art and Architecture.” Eleinne Basa finds inspiration in the work of 19th-century American painters such as tonalist George Inness as well as in the delicate, muted landscapes by Spanish artist Emilio Sánchez-Perrier. Among her favorite Landscape painters are American artists, Thomas Moran, Emile Carlsen, George Inness and Hugh Bolton Jones.