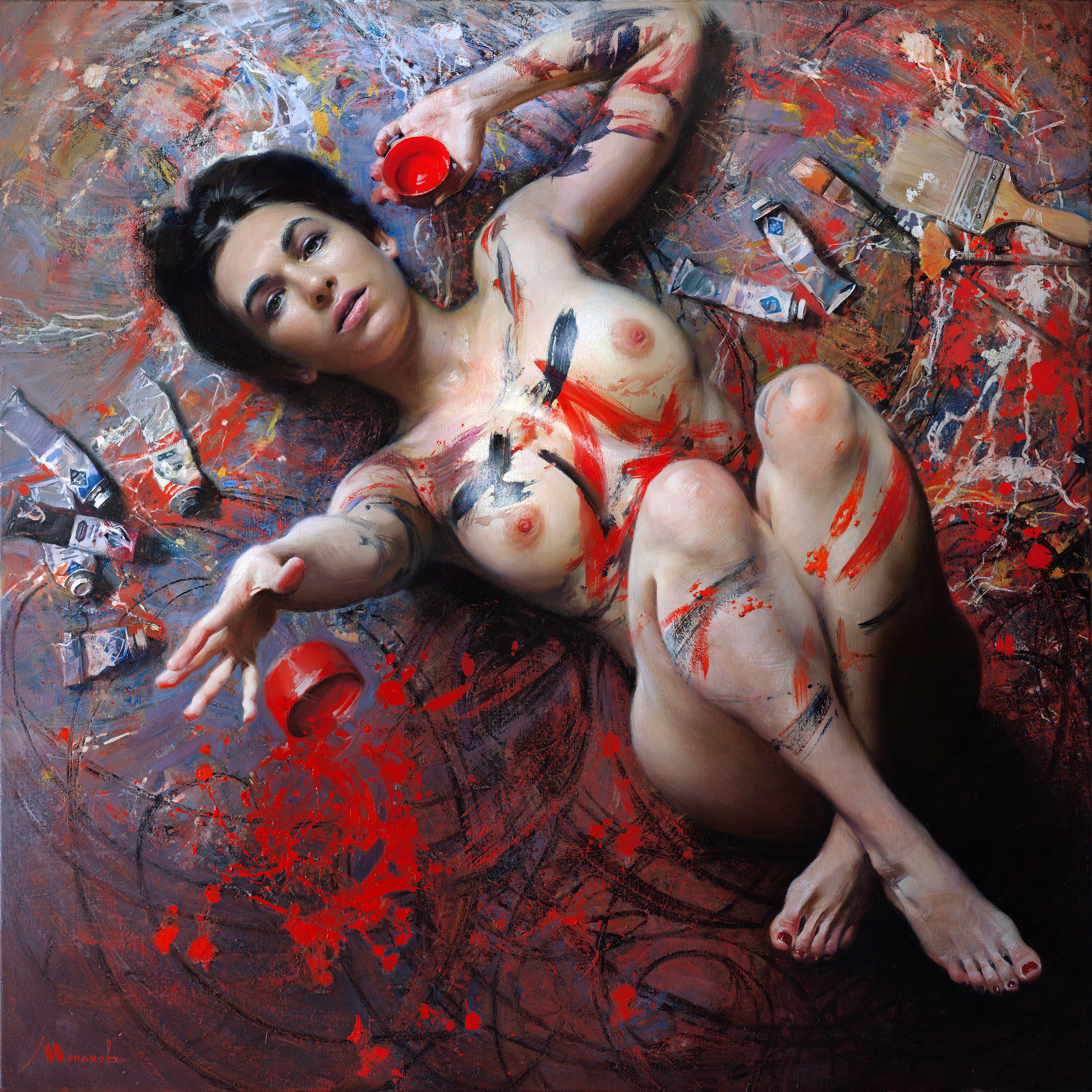 Oil, tempera and marker on canvas

This work is in good, and undamaged condition.

From the artist to Private Collection USA, with Art Renewal Center 2021

Evgeniy Monahov was born in 1974 in Moscow, in the family of a naval officer and engineer, none of his relatives or ancestors had any contact with art. Nevertheless, at a fairly early age, he began to show interest in art. He graduated from the Moscow Academic Art School and the Surikov Institute. In 2003, International Artist Magazine published an article about him which attracted the attention of several galleries from around the world. In 2004 he received an offer to take part in a large cultural event entitled "Russian Summer in Santa Fe" at Andreeva Gallery, which was accompanied by numerous publications of his paintings and interviews in the local press. In 2005 he opened with his first solo show "Scenes to the Southwest" in this same gallery. In parallel, he began to cooperate with the French gallery "Galleries Bartoux", exhibiting from the Champs Elysees in Paris to New York. In 2012, a large interview with him was published by the Russian magazine "Eclectic" and he held two large solo exhibitions in the Moscow gallery G8 - "Playing with Light" in 2012 and "Pieces of Life" in 2013. Also notable was the repeated participation in the exhibitions of ModPortrait in the museums in Zaragoza and Barcelona in 2017, 2019, 2020 (virtual because of covid-19), and 2021 and the exhibition "Spark - Expedition and Exhibition" in China in 2018. He participated in the exhibition Figurativas at the MEAM Museum in Barcelona at the very end of 2019 with his work of “Girl with a Gun” which also won the Bouguereau Award and a Purchase Award in the 15th International ARC Salon Competition (2020/2021). In addition, “Girl with a Gun”, will be illustrated in the Lunar Codex, a cultural archive of contemporary works, launching on the Nova-C Lunar Lander to the Moon, to be preserved for posterity. His painting of “Pasion for Color” won Best Nude in the 15th International ARC Salon Competition and his work of “Windmills of the Mind” won a dual category award and an ARC Purchase Award as well. Evgeniy Monahov has become recognized by the Art Renewal Center as an ARC Living Master, (ARCLM). His paintings are found in private and corporative collections around the globe, including: USA, the European Union, Russia, China, Japan, Brazil, Argentina, Indonesia, Qatar, and the United Arab Emirates among many, many others.