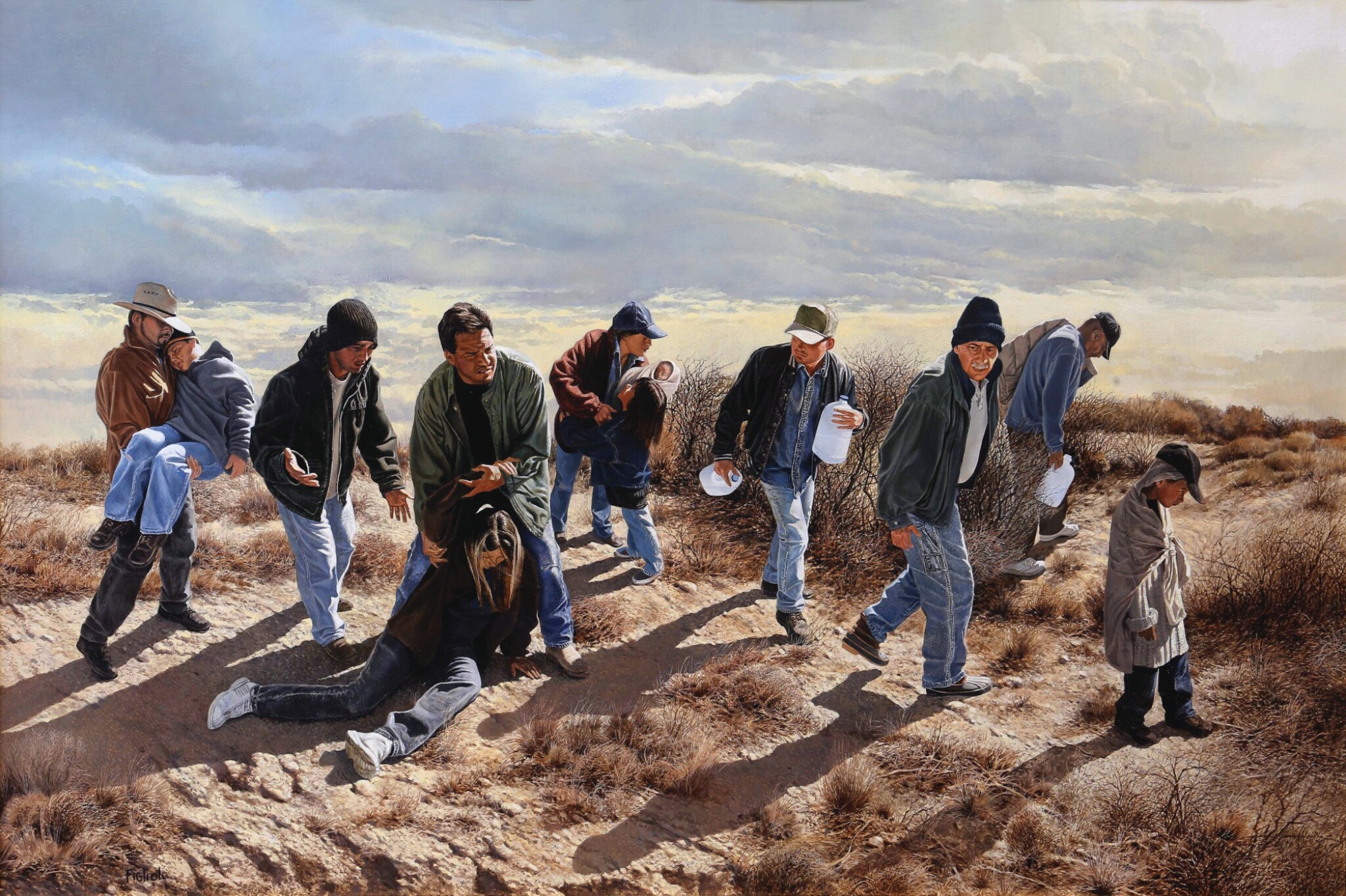 Vincent N. Figliola, award-winning Creative Director, moved from Manhattan to New Mexico to express his purely creative leanings in a new landscape. Although winning the highest awards in advertising, nationally and internationally, for over 25 years in NYC, (directing campaigns for Chanel, Revlon, Smirnoff, Club Med, Guerlain fragrances) - Vincent found it impossible to continue because his love of money was less than his love of expression. In his own words, he came to New Mexico, “to see if he could become a serious painter, to paint the human epic in classical terms.” His preferred mediums include oil, mixed media, original graphite drawings, and limited-edition stone lithography. Art critics refer to Vincent as “the artist who paints the Renaissance and makes it now.”

In the 1980’s prior to an interview with the BBC, Leo Castelli, the international art critic and founder of movements in modern art, predicted that Vincent would be one of the important realistic painters of this century. Now 84, it appears that he has. His work is included in selected corporate and private collections, nationally and internationally. He is a recipient of the New Mexico Governor’s Award for Excellence in the Arts and Lifetime Achievement, Santa Fe, NM. His works have exhibited at the El Paso Museum of Art, the National Museum of Mexican Art, Chicago, The Greenhouse Gallery, San Antonio, TX, Simic Galleries, Beverly Hills, California, Massey Fine Arts, Santa Teresa, NM, Hammer Gallery, Manhattan, NY, Fine Art Gallery & Museum, Amarillo, TX, Huntsman Gallery of Fine Art, Aspen, CO, Glenn Cutter Fine Art, Las Cruces, NM, and John Pence Gallery, San Francisco, CA among others. His parents were first generation immigrants and understanding the anguish of being different and suffering at the hands of prejudice, Vincent Figliola has become known for his social commentaries, especially his series known as Border Paintings. The Crossings, (Border Paintings), are those closest to his reason for painting. They express his stance against bigotry and anger towards those who may not be understood. “Crossing II,” has won the award for “Best-Social Commentary Runner Up” in the 15th International ARC Salon Competition.