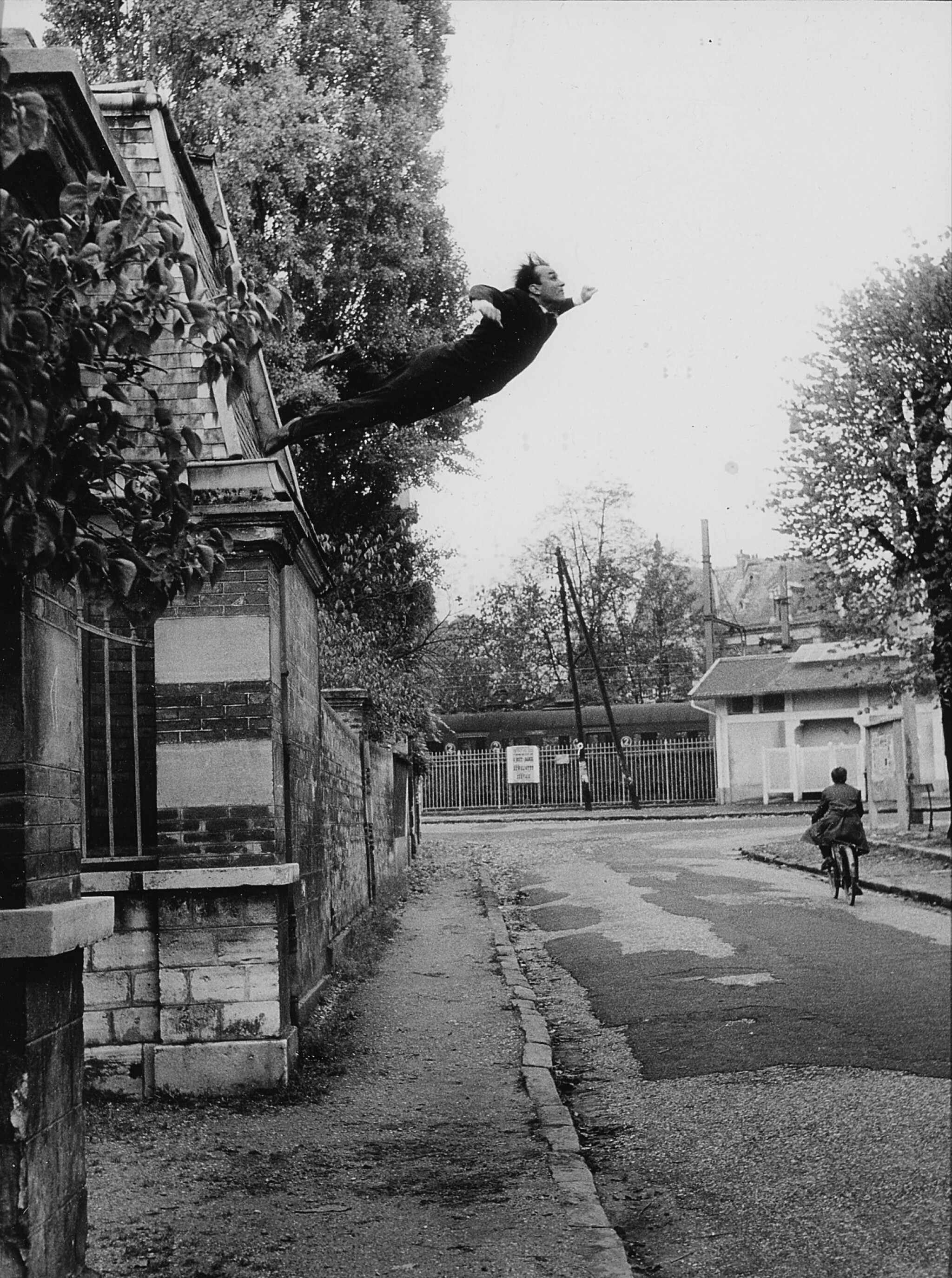 Please note the colors and shades in the online catalogue illustration may vary depending on screen settings. This ferrotyped print, on single-weight paper with thin margins, is in generally good condition. There are two rust-colored spots of indeterminate nature in the upper right quadrant; these appear gray in the illustration online, please contact the department for additional images. As is typical of the ferrotyping process, the following are visible when examining the print in raking light: scattered pitting, impressions, and fingerprints on the glossy surface. Handling creases are also visible throughout in raking light. On the reverse are 2 abrasions, one of which intruded upon the Harry Shunk stamp. There are adhesive remnants along the upper and lower edges. The numerical notations in an unidentified hand in pencil are as follows: '411 /25c c 11 83'; '7 to 8 11/16 pos D.M.'; and '1242.'

Acquired from the above by the present owner, circa 1980

Extant examples of Leap into the Void of any size and print date are rare. The photograph offered here comes originally from the collection of Yves Arman, the son of the artist Arman. Yves Arman was named after Yves Klein, his godfather and a close friend of his father’s from art school. Yves Arman moved to New York City in 1975 and opened a gallery on Madison Avenue, which he ran from the late 1970s to 1984; he died tragically in a car accident when he was just 34 years old.

In October 1960, French New Realist artist Klein collaborated with the photographers Harry Shunk and János Kender to document his jump from a rooftop in Fontenay-aux-Roses, a Parisian suburb. In the resulting illusory image, Klein — arms outstretched and dressed in suit and tie — appears to fly gracefully in the air, unaware of the pavement below.

This iconic photograph is actually an ingenious composite of two negatives. Shunk-Kender, as they were known, first photographed Klein jumping from a second story window, landing safely in a tarpaulin held below. Next, they photographed the same scene but devoid of people, except for a bicyclist (possibly Kender himself) pedaling away at right. The two negatives were then spliced and printed carefully together on the same sheet to produce the final ‘documentary’ image.

Although there are a few alternate, preparatory versions of this photograph, including some taken from other viewpoints and one that does not feature a bicycle or train, the present composition remains the most recognizable and reproduced, as it was the version chosen by Klein for his parody newspaper Dimanche—Le journal d’un seul jour (The Newspaper of a Single Day).

Dimanche was available for purchase on Sunday, November 27, 1960 in Parisian kiosks. Intentionally designed to resemble the French newspaper Le journal du dimanche, the translated headline reads: ‘A man in space! The painter of space throws himself into the Void!’ Printed on occasion of the Festival d’Art d’Avant-Garde, this 4-page broadside was available for one day at Paris newsstands, selling for 35 cents.

'I am the painter of space. I am not an abstract painter but, on the contrary, a figurative artist, and a realist. Let us be honest, to paint space, I must be in position, I must be in space' (Yves Klein, Dimanche—Le journal d’un seul jour, 1960).